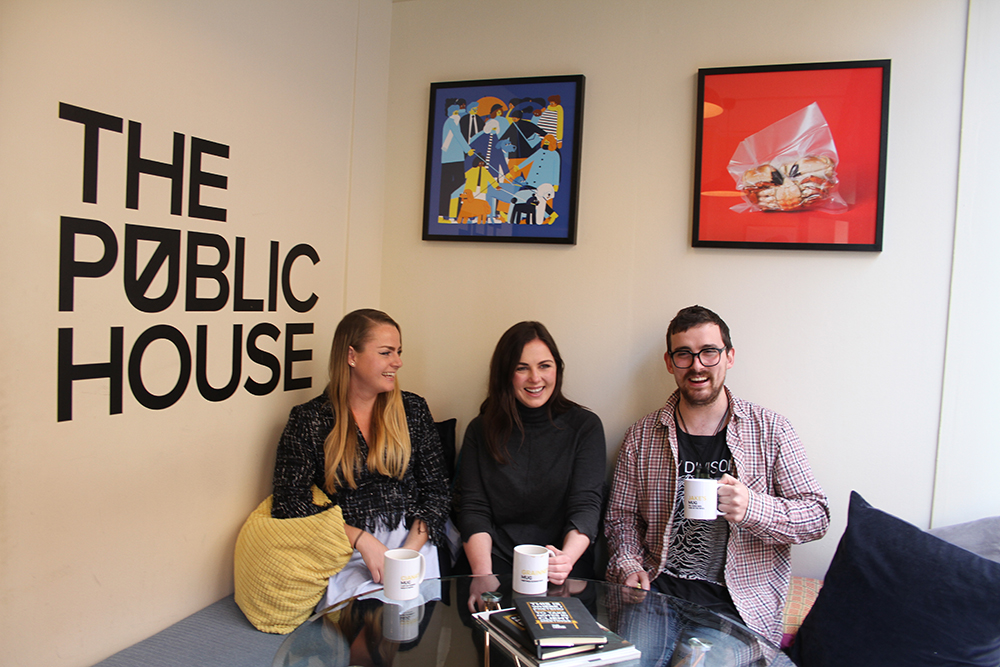 Following a number of recent account wins and organic business growth, The Public House has made a number of key appointments in the agency.

Grainne Kehoe joins The Public House as an account director. With over 5 years experience in the advertising industry, she previously worked In the Company of Huskies and Simply Zesty.  Brands that she has worked with in the past include Fyffes, Club Orange, Kildare Village, Vhi, University of Limerick, Trinity College Dublin, Guinness Storehouse, Full Tilt Poker, Smurfit Kappa and Sage.

Jake O’Driscoll, meanwhile, joins the agency’s creative department from DDB New Zealand, having worked with a range of brands including McDonald’s, SKY Television and NZ Lotteries.  Over the past few years he has won a range of international and local advertising awards including Cannes Lions, Spikes Awards, ADSTARS and AWARD Pencils.

Elsewhere, Ciana Nolan joins The Public House from Core, where she spent four years working in the group’s digital and social media division, having started out in Radical. During her stint at Core and Radical she has worked on campaigns for AIB, Toyota and Aer Lingus.