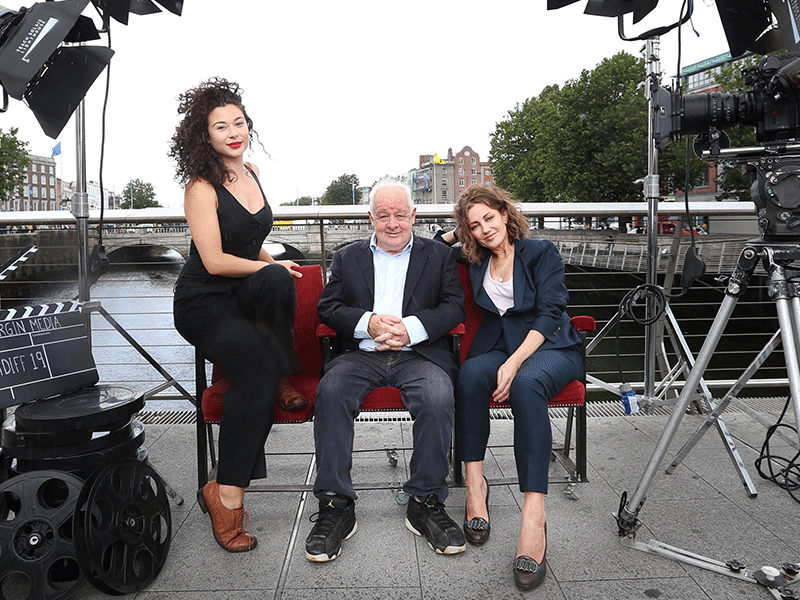 Dublin International Film Festival (DIFF) has announced that Virgin Media is to become its new title sponsor for the next three years, beginning March 2019.

The  newly-named Virgin Media Dublin International Film Festival will bring some of the world’s best films to Dublin in its spectacular 17th edition that will include world premieres and a total of over 110 features.

As part of the collaboration and build-up, Virgin Media Dublin International Film Festival host the European premiere of Lenny Abrahamson’s new film The Little Stranger at a gala screening on September 12 at The Lighthouse Cinema, Dublin. The darkly mysterious period drama is based on the novel of the same name by Sarah Waters and features Irish and international acting talent including Domhnall Gleeson, Ruth Wilson, Charlotte Rampling and Will Poulter.

According to Grainne Humphreys, Virgin Media Dublin International Film Festival Director: “It’s a huge honour for us to have Virgin Media join with us as our new title sponsors. As a festival we have grown to become one which features a truly global line-up, as well as celebrating the best of Irish film talent, both in front and behind the camera. Virgin Media’s decision to come on board reflects the belief a global company has in what the festival offers and also in the wider Irish film industry.”

Paul Higgins, Director of Consumer, Virgin Media said: “We’re extremely proud to be the title sponsor of the Virgin Media Dublin International Film Festival.  This underlines our commitment to foster creativity in film production and television content as Ireland’s leading connected entertainment provider and commercial broadcasting company. In 2019, Dublin will once again become a global showcase for the best films and talent. We want this to be a signal to the world of everything Ireland has to offer as a film industry hub where we are also focused on encouraging home produced content for our own TV channels and services.”