Rothco has launched a new and innovative TV campaign for the Heineken-owned cider brand Orchard Thieves.

The campaign, which is called Start Bold/End Bold is a palindrome-style ad that is “fully reversible” as the narrative works in both directions.

“Orchard Thieves is all about finding our own bold way to do things and when the idea of a TV commercial that could be watched forwards and backwards was presented we were instantly intrigued,” comments Emma-Jane McKeown, senior brand manager, Orchard Thieves.

Directed by Stevie Russell of Russell Curran, the spot follows a group of friends on their night out, seeing them party from day to night. In reverse, the spot sees them start their night in darkness and party straight through into the morning.  Viewed either forwards or backwards, the ad is one piece of film that, whichever way you view it, delivers the same story.

“Our audience’s world is increasingly complicated and filled with so much choice that often they are paralysed and, as a result, end up doing the same old thing,” says Miriam Hendrick, account director at Rothco.

“We want to keep it simple; choose bold and you’ll always end up where you want to be. We’re even encouraging our audience to rewind the ad in broadcast – it’ll work!”

The spot revolves around the original Orchard Thieves brand mantra ‘Be Bold’ and aims to attract more drinkers to the cider category.

“After such a successful launch, we really wanted to continue to deliver against the brand mantra of ‘Be Bold’ and be seen as a brand that continues to push boundaries and finds new and interesting ways to engage our audience,” adds Hendrick.

Ray Swan, Creative Director at Rothco adds: “Whilst we wanted to shoot a single film that worked forwards and backwards, it was also important that it worked as an engaging story. We didn’t want the technical part of the commercial to ever get in the audience’s way. I think we’ve really achieved that.” 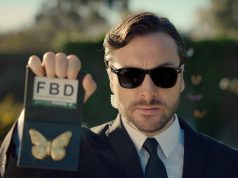 The Public House Rolls Out New Campaign for FBD Insurance 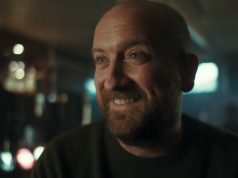