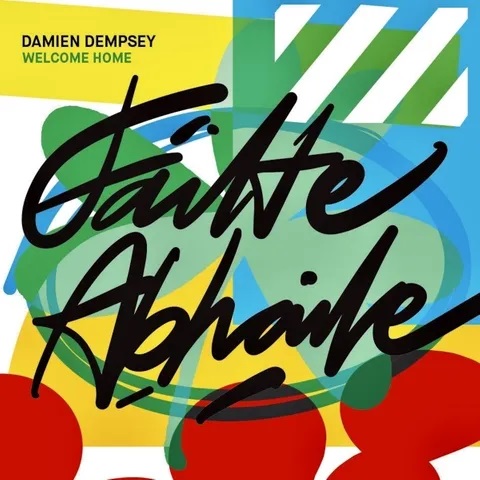 Following on from his successful debut as a playwright in 2019 with three stage plays, marketing and advertising expert and former chairman of Folk Wunderman Thompson Gary Brown has co-written a new Christmas song with well-known singer songwriter Damien Dempsey.

“I wrote the lyrics to his song last January, just after a Christmas 2021 that had been affected by Covid for the second year running,” says Gary Brown. “Lots of Irish people both abroad and in Ireland could not travel to get home for Christmas. So I believed that this Christmas 2022 there would be a pent up demand to get home to see their loved ones. However for some it would be tinged with sadness as they may have lost loved ones during the Covid years and in some cases not have been able to get home for funerals, he says.

“All that being said it was important that this was an uplifting and joyous song to welcome people home for Christmas. Damien got the lyrics liked them, tinkered with them and added a powerful chorus , we then worked with John Reynolds who worked with musicians and added his own brand of magic dust to the song. Damien adds power and authenticity to the piece. I had written songs for my play “The Buttonmen” with Damien and it was great to work with him again.

“We have given the song to Focus Ireland to raise money this Christmas and I called in a favour from Bobby Byrne and Steve Mangan from Ringers who, along with their client FRS, worked to put together a video and communications platform and they have been brilliant. In addition, John Reynolds got Maser pro bono to design the artwork, so let’s hope it pops. “

To listen to the song click HERE or find it on all the main music streaming platforms.