PML Group’s IMPACT research programme has investigated the effectiveness of more than 700 OOH campaigns so far in 2022. IMPACT, as its name suggests, measures the overall reaction of consumers to Outdoor advertising campaigns, and covers metrics including creative ratings, message understanding, call to action, relevance, and recall.

The trended data produced from such a large and ongoing study offers clear direction for brands interested in optimising the return for their OOH investment across the metrics covered by IMPACT. Optimal format mix and numbers of designs that will be most effective in a campaign are frequent issues that brands and planners need to reflect on. Evidence from IMPACT in 2022 to date points to some clear learnings in this regard. 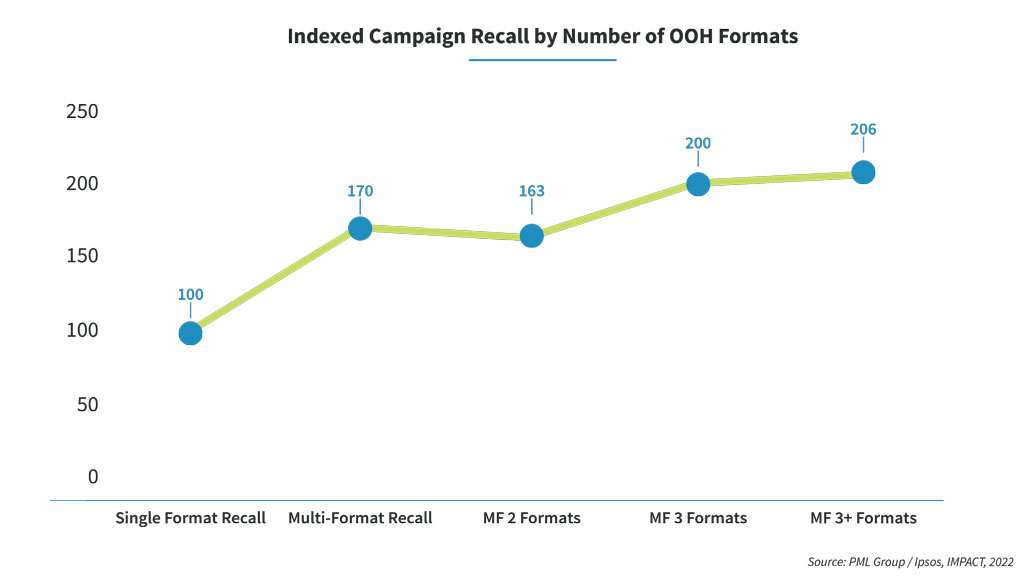 The IMPACT research also highlights the fact that clear messaging is correlated to recall. It suggests that campaigns that use too many designs will dilute the effectiveness of the campaign. For instance, for the purposes of this piece, we looked at 6 Sheet recall by numbers of designs. Numbers of designs refers to the number of creative executions used within a 6 Sheet campaign in any one cycle of activity. Again, using indexed data, the average recall of a 6 Sheet campaign is set at 100. Campaigns that use one design index at 105 and that figure rises slightly to 108 when a campaign has two designs. However, when a third or more design is introduced that indexed recall falls to 80, as per the chart below. 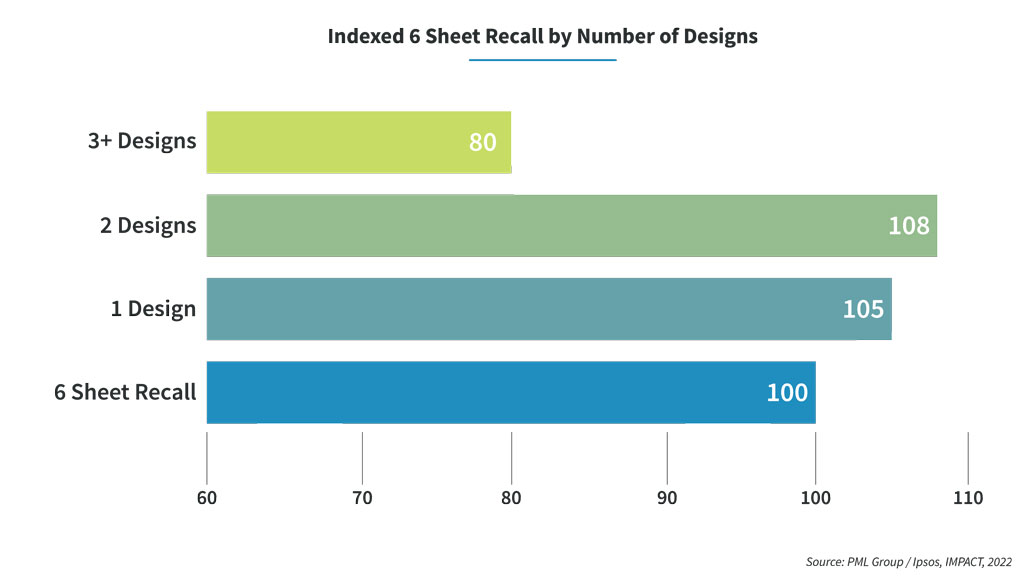 In both charts above, the results of differences in strategy are quite dramatic. However, what these don’t show is other influences on recall such as campaign size, location, environment, or other media activity. Two things are indisputable though – multi-format works and clear, tight messaging will cut through more effectively.

IMPACT is a PML Group service, with fieldwork managed independently by Ipsos since 1996. To date more than 21,000 campaigns have been included in the programme. For more information on IMPACT please contact info@pmlgroup.ie or your PML Group contact.

Sport Ireland has launched two campaigns on DOOH across roadside and retail screens.

The #ChangingTheGame campaign supports diversity and inclusion in sport providing opportunities for lifelong participation for everyone. It calls all those involved to consider how they can play their part by visiting sportireland.ie/sportforall.

The ‘Workout What Works for You’ campaign focuses on supporting men over 45 to be more physically active by making simple changes to their everyday routines that work for them.

Repeated studies, including Sport Ireland’s most recent Irish Sports Monitor, have consistently shown that males aged over 45, particularly those from disadvantaged communities, are amongst those least likely to be active.

For tips on getting more active, go to sportireland.ie/workout.

Both campaigns were planned by Spark Foundry and PML with designs by Core Creative.

Google’s Community Mobility Report shows there has been a sustained increase in visitor numbers to transport hubs, workplaces, and retail locations in Ireland since the start of the year. Conversely time spent at home has decreased. 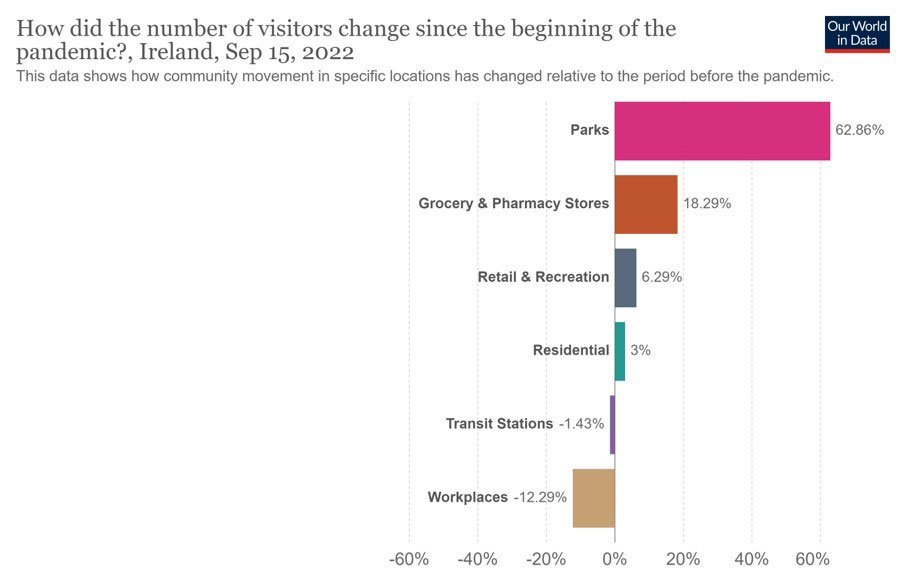 Google Mobility data shows how visitors to (or time spent in) categorised places change compared to baseline days from the start of 2020.