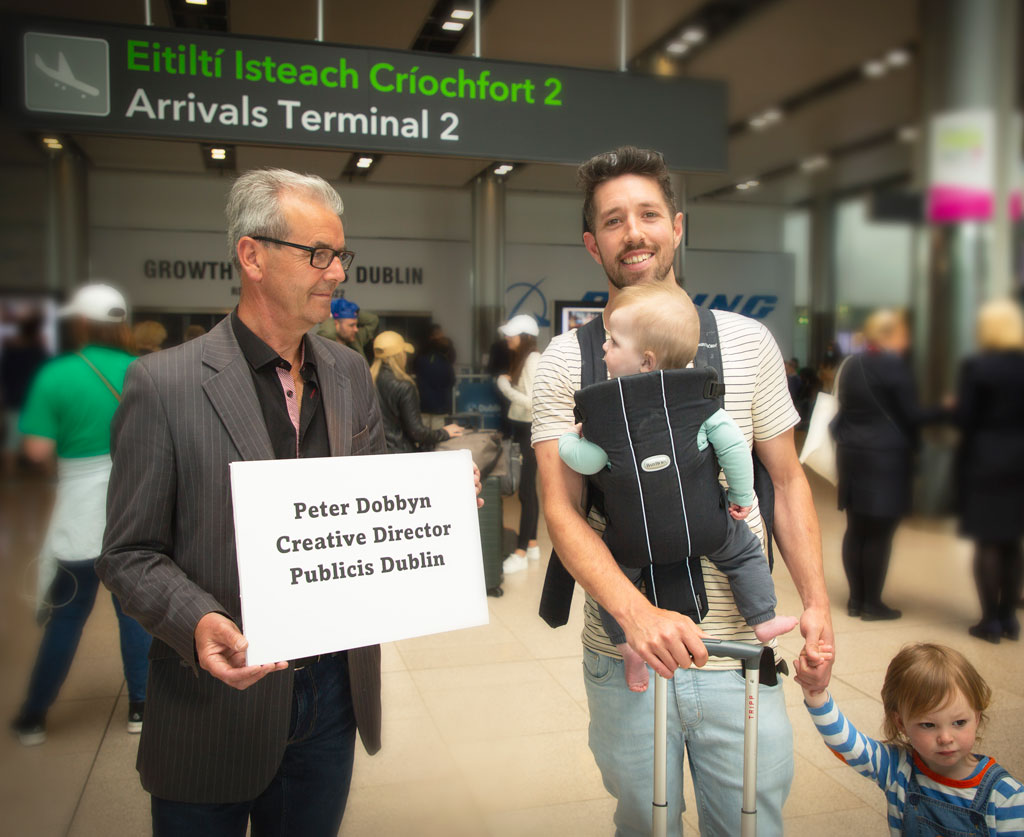 With Dublin Airport in the news for the large crowds and queues over the past few weeks, one weary traveller was delighted to touch down and emerge through the arrivals-hall last week.

Peter Dobbyn was returning home after a holiday with his family when he found out that he had been promoted to the role of creative director. But the award-winning copywriter didn’t learn about his new job from a letter, email, text or conversation with the boss. Instead somebody in arrivals was waiting for him with a sign bearing his name and his new title.

Dobbyn has been with Publicis Dublin for over seven years, having joined as a copywriter from Ogilvy & Mather. Since joining the award-winning agency, he was  worked with clients like Virgin Media, Gas Networks Ireland and Iarnród Eireann.

“Anyone who has worked with Peter knows how much he loves the game, loves ideas and is relentless in wanting to solve problems and leave a mark with his work. Naturally for Pete we couldn’t just go with a straight announcement, although he probably would’ve had a better idea than this – just another reason to make him Creative Director. It’s great news for the whole team here and our clients,” says Ronan Nulty, executive creative director, Publicis Dublin.

“After a delayed flight with three sleep deprived babies, this was a nice way for the family to find out I’m officially now a creative director. It’s usually a bit weird coming back to work after a holiday. Not this time. Can’t wait to get stuck in, exciting times ahead with the team,” adds Dobbyn.