Shaping up for an outdoor Summer: James Byrne, marketing manager PML Group with this week’s Out \ Look on Out of Home. 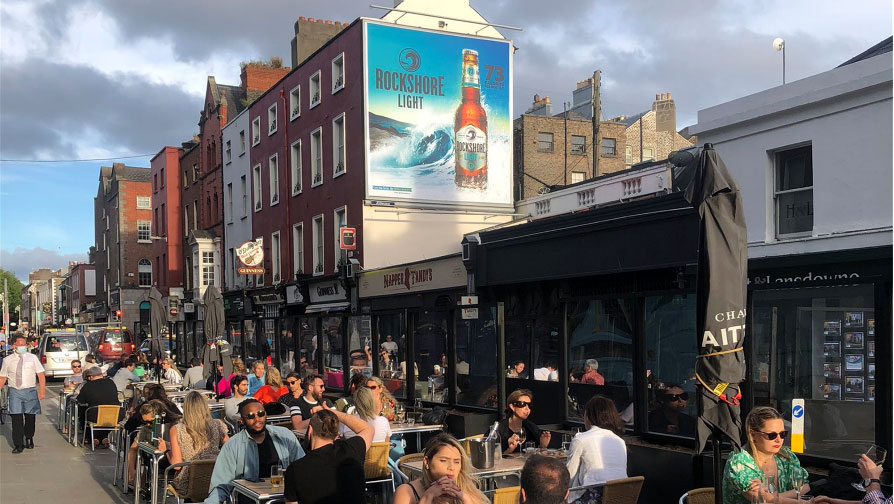 Pubs and restaurants are set to get the green light for outdoor seating on the street this summer. According to Independent.ie, the Government is to extend a temporary law allowing customers to drink on the streets outside licensed premises during the summer months.

The legislation applies where outdoor seating areas have been permitted by the relevant local authority on public land, such as a path, or where they are on private land abutting the licensed premises, such as an abutting yard

The number of bus journeys in Dublin for week starting April 24 was 79% of the level in early March 2020, new CSO figures show. New figures from the Central Statistics Office show that public transport passenger journeys in May climbed to their highest levels since March 2020.

Public transport journeys in the week starting April 24 were 77% of the number taken in early March 2020 in pre-Covid times. Meanwhile, car traffic volumes in Dublin increased by 34% compared with the first week of this year and the CSO said that for the week starting March 28, car traffic volumes in Dublin were only 1% lower than the same week in 2019.

Average weekly volume of cars at selected Dublin sites, 2019 to 2022

The number of bus journeys in Dublin for week starting April 24 was 79% of the level in early March 2020. This compared with 90% for bus journeys outside Dublin and 63% for rail trips, including Intercity and DART services. 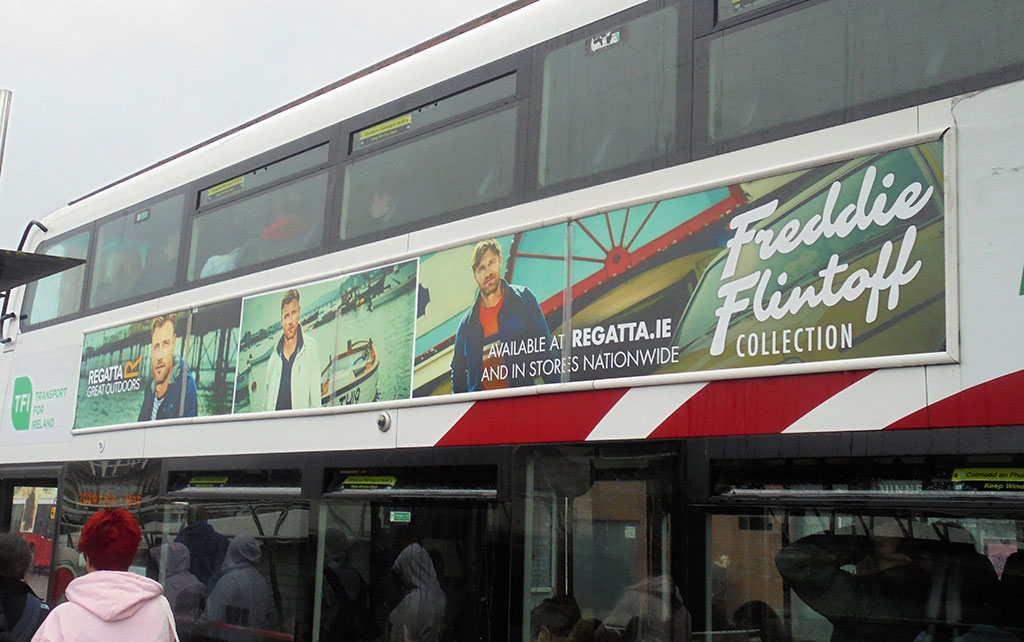 The high number of public transport journeys came ahead of the move from the National Transport Authority (NTA) to drop the price of fares across the system. The NTA said that passenger numbers have already risen on the back of the price reduction, which has seen fares fall 20%.

Luas journeys also rose during 2022, with an increase of 86% between the beginning of January to end of April.

It’s all a big change from the last couple of summers as evidenced by trend figures from OpenTable showing numbers dining in restaurants. 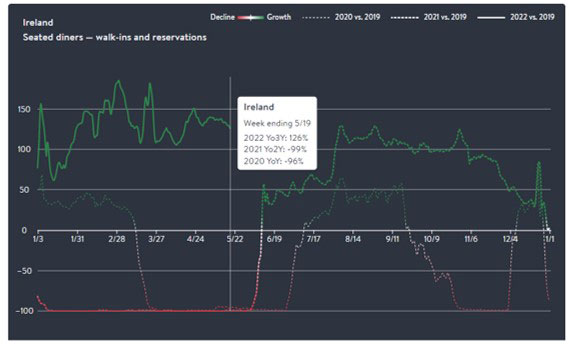 A similar picture is presented by Google presents in its Community Mobility Report showing how the number of visitors to leisure retail and recreation destinations has increased since the turn of the year. 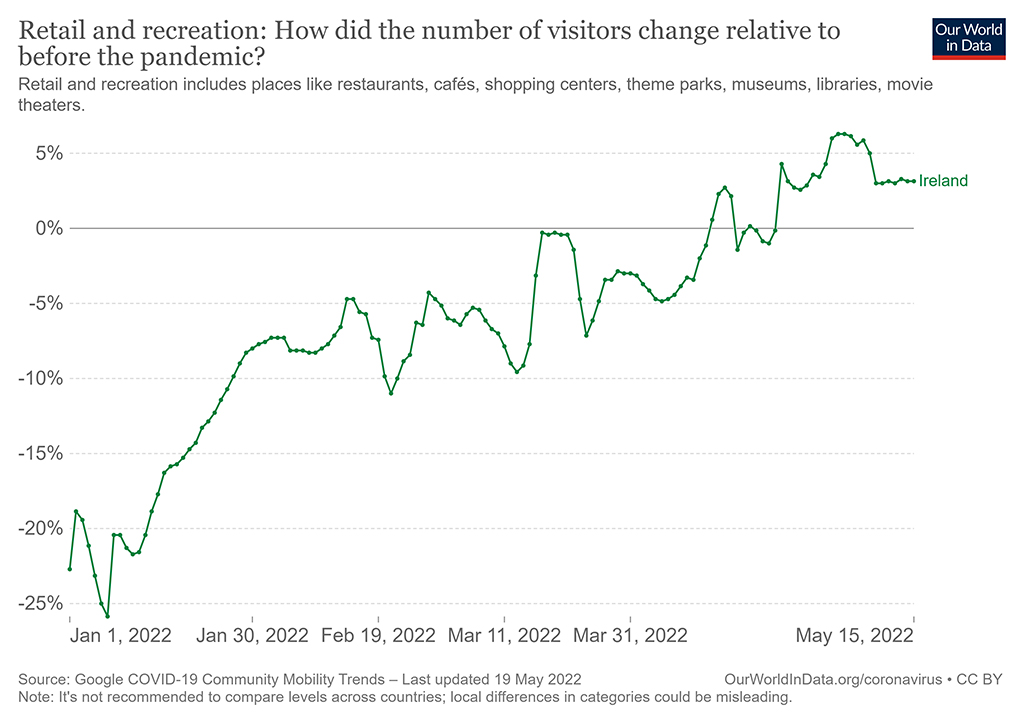 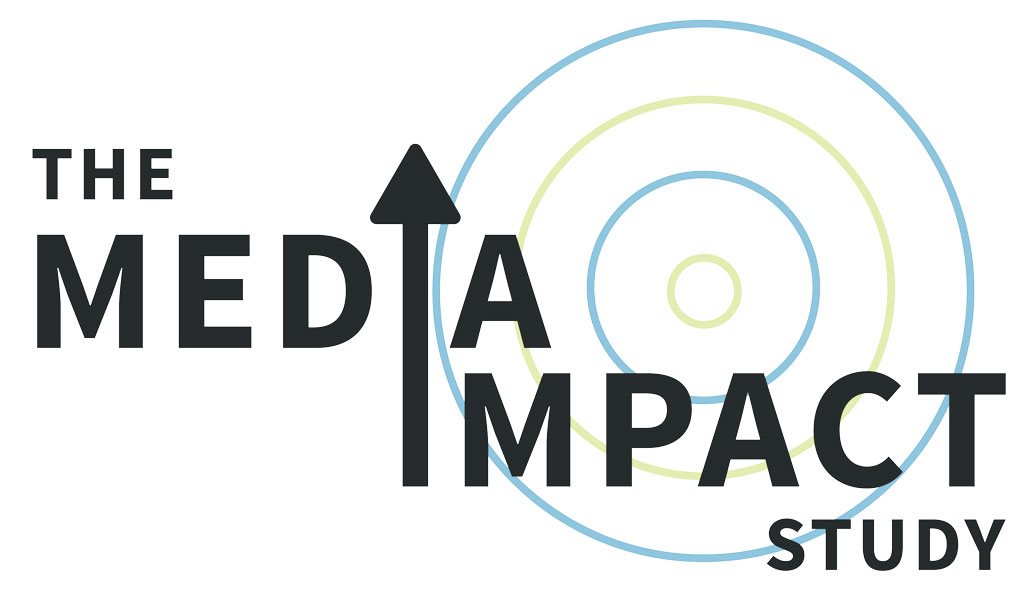 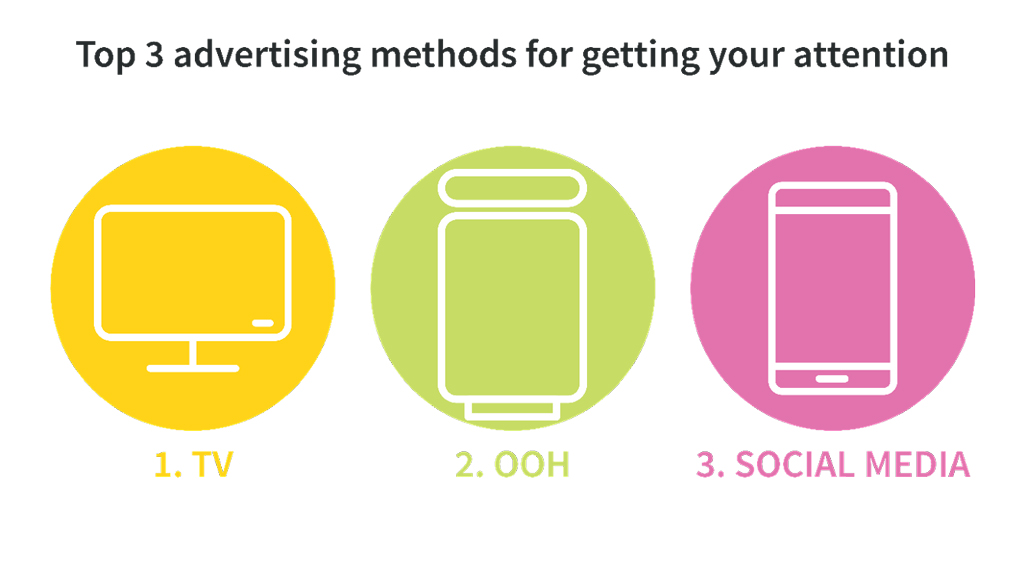 As part of PML Group’s ongoing iQ research series, we revisited our Media Impact Study, in which 300 Dublin residents aged 16-54 were surveyed. The study investigates the potential future effectiveness of media in reaching and influencing audiences in the coming months. The findings are highly relevant as we enter into a busy summer for OOH.

TV, OOH and Social Media are the Top 3 advertising methods for getting your attention amongst all adults. OOH ranks among the top 3 media for all age groups and is the second most effective for ages 35+ and main shoppers. 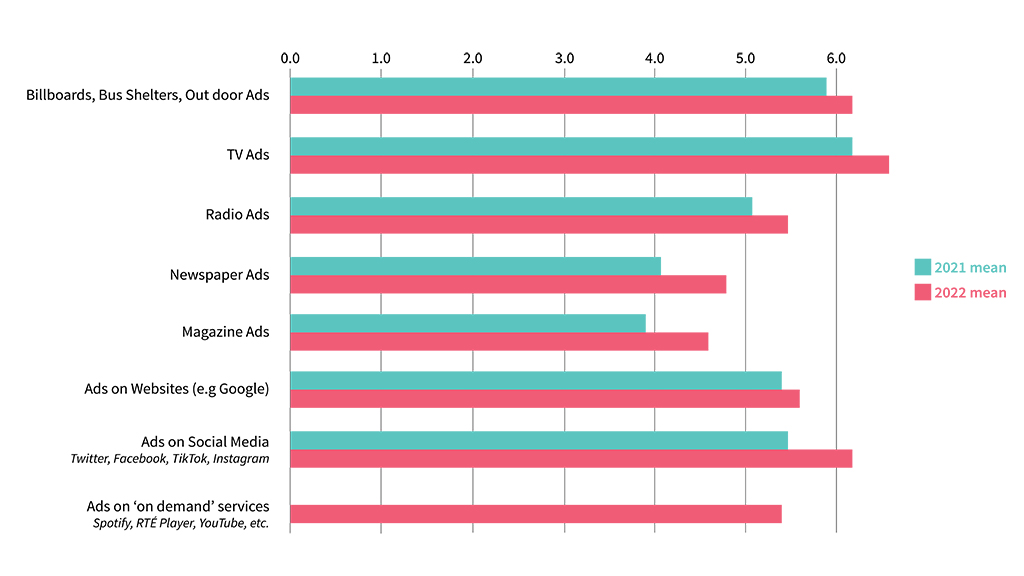 We conducted the same piece of research last year and therefore we investigated the changes between those two waves of research.  In comparison to last year, the mean score has improved across all media channels. The chart above shows these changes by channel. 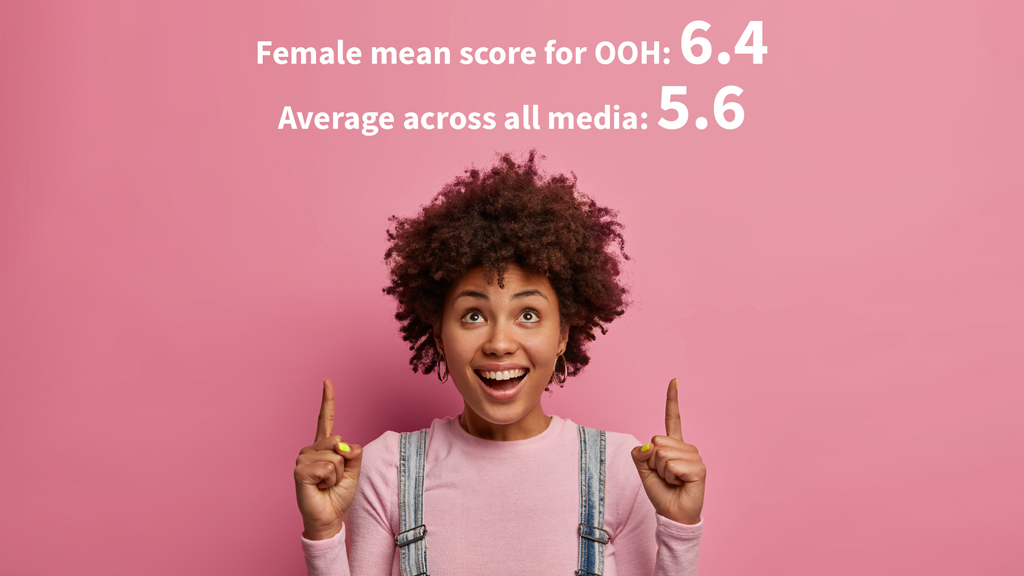 Looking at some demographics, the female score of 6.4 for OOH, compares to an average of 5.5 across all media, making it one of the top performing media for females, according to the sample. OOH peaked for females aged 16-24, a bullseye target audience, with a mean score of 7.0. OOH also scored comparably higher among all 16-24s,main shoppers, ABs, children in household, full time employees and southsiders. 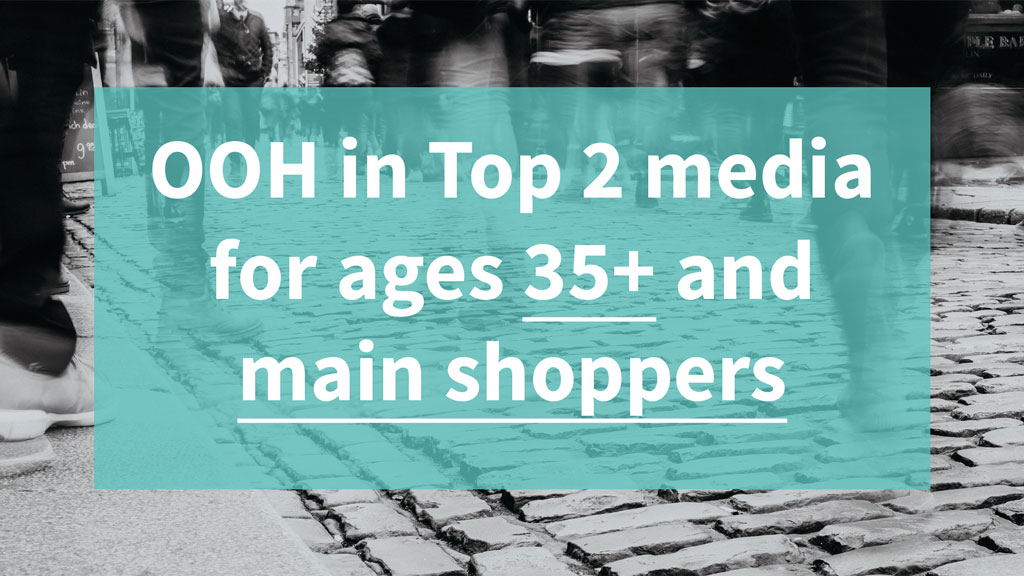 The findings point to a trend for traditional media being perceived by consumers as most effective for them. There is an array of opportunities in which brands can utilise to create attention grabbing OOH campaigns. Out of Home advertising has all the assets to build brands, influence consumers and drive response.

If you would like more information on the study or how you can showcase your brand via OOH contact info@pmlgroup.ie