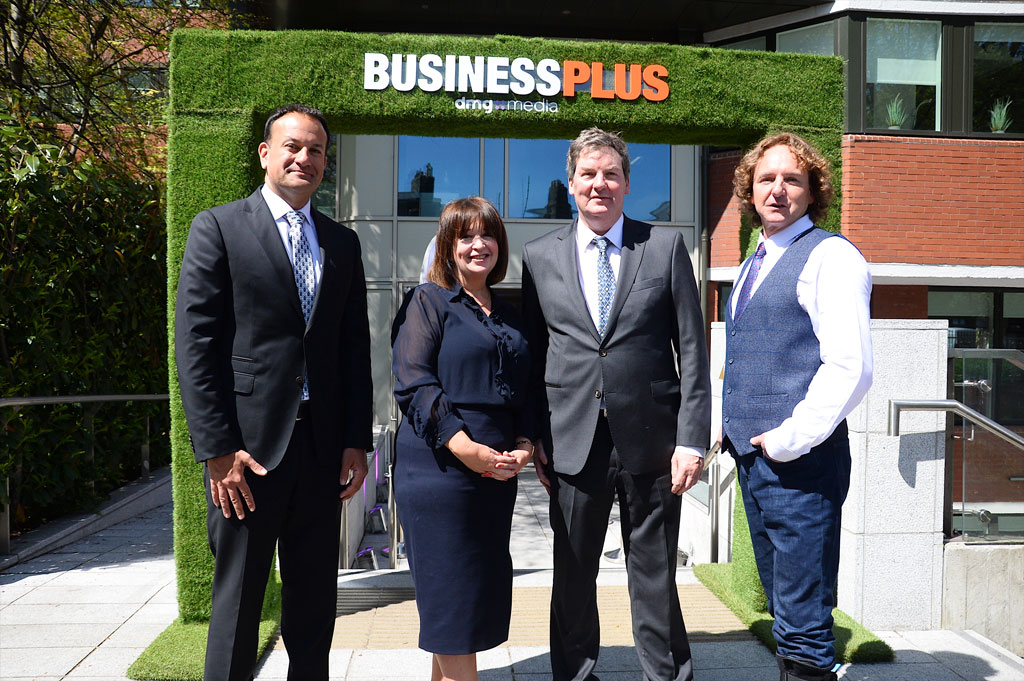 The Tánaiste and Minister for Enterprise, Trade and Employment Leo Varadkar was the guest at a special event to mark the official relaunch the website of Business Plus magazine this week.

Business Plus was acquired by DMG Media in January and the Tánaiste was welcomed to the publisher’s new Hub on Haddington Road by CEO Paul Henderson, before speaking to invited guests.

During his address, he praised Business Plus founders Nick Mulcahy and Siobhan O’Connell for their efforts over the past 24 years. He said that “countless businesses across Ireland” had benefitted from Business Plus’ news, commentary and analysis over the past quarter of a century.

“Your new partnership with DMG Media is a vote of confidence in your magazine. The digital launch also marks an exciting next step in your journey, opening up new possibilities,” Varadkar said.

“Establishing a new publication in Ireland is a brave thing to do. In 1998, the internet was still in its early days. Google was just being set up – a little known company – not an everyday verb. It’s testament to the founders that the publication has survived and prospered,” he said after referencing the last recession, the EU-IMF bailout, Brexit, Covid-19 and the war in Ukraine.

Paul Henderson added: “Business Plus is an incredible brand. Through our channels we get the magazine into more retailers than ever and with the new businessesplus.ie site we can bring the great content to a new domestic and global audience. It was an honour to have the Tánaiste visit us and his encouragement for our progressive form of multi-platform publishing was well received by both the staff and guests at the event.”