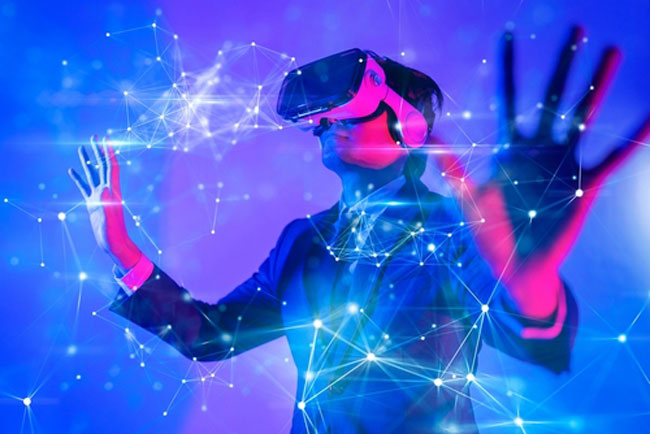 The founders of Ireland’s freelance talent agency, The Indie List, have launched a new company to cater for the growing corporate interest and massive investment being made in the “Metaverse” – the much-hyped version of the world wide web (Web3) where people will use AR and VR to connect, hang out, play games, watch movies and engage commercially with brands.

MetaTalent is a global initiative created by Úna Herlihy, Peter McPartlin, co-founders of The Indie List, and their recent recruit, Lloyd Parafois, who joins them as Chief Metaverse Officer. It has already received early-stage VC investment of $5m from the massive Apex Ventures.
Parafois has had a stellar career in the US working as ‘talent wrangler’ for Roblox and SpaceX. He is regarded as one of the leading authorities on Web3 and the commercial potential of the Metaverse and was a founder of the NFT platform, Bored Ape Yacht Club .

“Big tech companies such as Microsoft and Meta alongside brands such as Louis Vuitton and Nike, are already placing multimillion-dollar bets on the future success of the Metaverse. We believe there is a gap for a specialist talent service for clients who see the Metaverse as way to escape the HR problems that they are currently experiencing.” according to Herlihy.

” In creating MetaTalent, we are aiming to be the global pioneer for the many companies who are seeking specialists for Metaverse content and creativity. If we can’t find human talent then we may have to create avatars of them to satisfy the expected demand.” said McPartlin, only half-jokingly.

MetaTalent CMO, Lloyd Parafois, believes that Ireland can become the global hub for a range of Metaverse opportunities.

“Many large corporations, some would say with more money than sense, are actively looking for people who can help develop ‘meta-strategies’ for them. For me, MetaTalent means talent that’s not defined by gender, age, ethnicity and persuasion or by qualifications. It’s not quite the Wild West – it is in essence, talent without boundaries.”

Based out of the ‘Silicon Docks’ in Dublin, the launch site, metatalent.ie launches today and “aims to be a company without borders catering for talent across the globe.” The company has already signed up a number of clients looking for roles as diverse as Virtual Influencers, Bitcoin Miners, Acronym Creators and Virtual Photo-shoppers. Talent will only be paid in bitcoin through an account set up by MetaTalent, according to McPartlin.

With strong VC funding, McPartlin says that MetaTalent plans to launch “The Meta-Versity”, the first online university using state-of-the-art VR and AR technologies to grow, develop and transform talent with ‘real world’ skills into ‘cyber-pros’ for the new, new world of work.