GroupM Ireland and In the Company of Huskies have partnered to develop a through the line campaign for INAR (Irish Network Against Racism). The campaign launch is timed to coincide with Anti-Racism month and is aimed at driving awareness about iReport.ie which is an app and website that is a tool for people across Ireland to share racist incidents confidentially.

The data collected from the app is used to inform and help lobby for better protection against racism on the local, national and international level. The data capture also helps understanding racism and its patterns specific to Ireland as a growing international community. 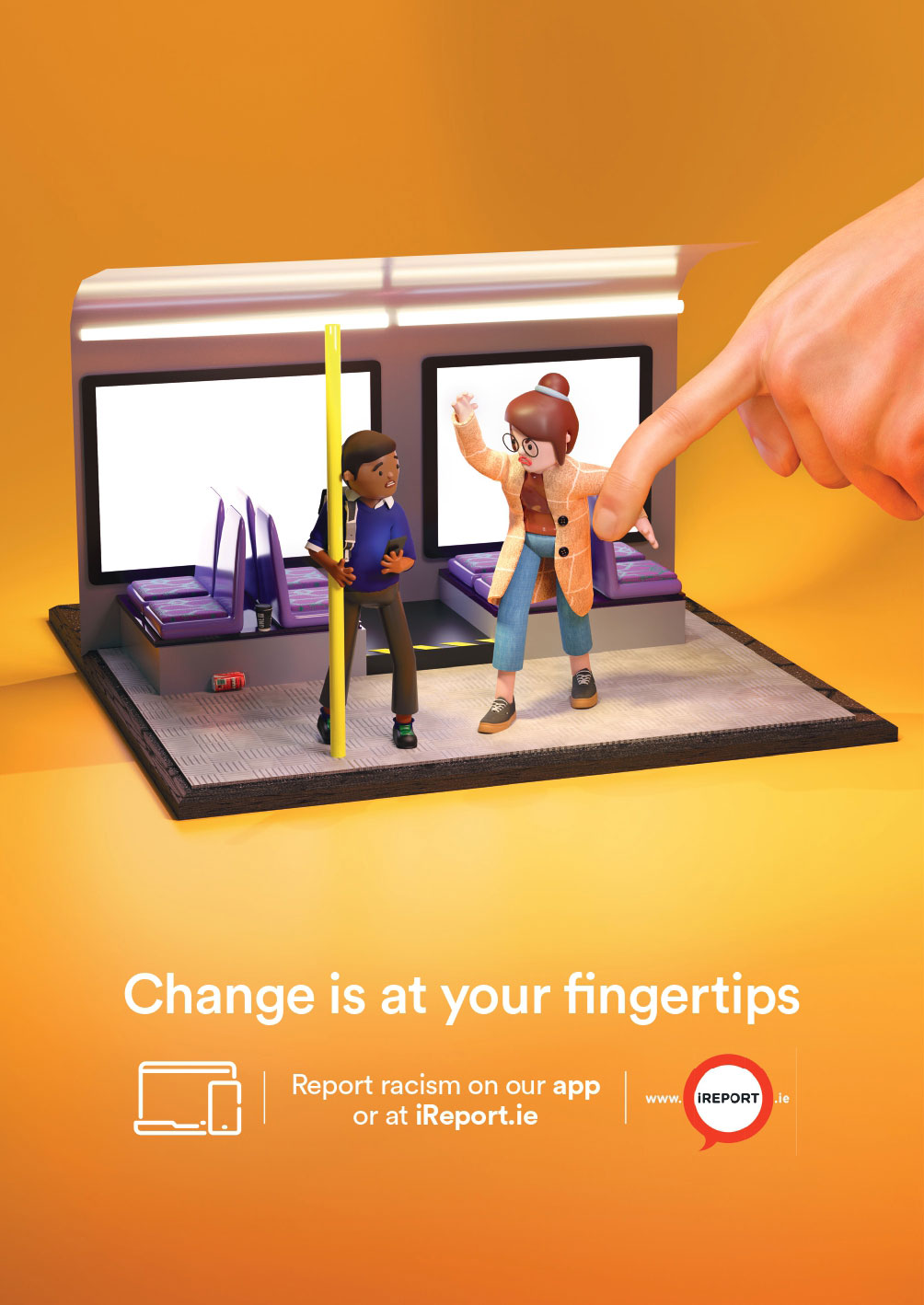 According to Shane O’Curry director, INAR: “We are really thrilled with the boost that this campaign has given to iReport.ie and the work that we do with it to foreground peoples direct experiences of racism as we inform the national conversation. Ordinarily, we could only have hoped to get the kind of high-quality publicity and reach that this generous partnership has given us.

“But the journey that colleagues in Group M, and In the Company of Huskies have taken us on has been delightful and inspiring. The care, thought and effort invested by all of these creative people has been really inspiring, and the campaign they produced, bringing INAR along at every step on the road, has surpassed even the high expectations we had of collaboration. I would like to thank the innumerable people who contributed in so many ways to making this tremendous campaign work so well. We are absolutely delighted. ” 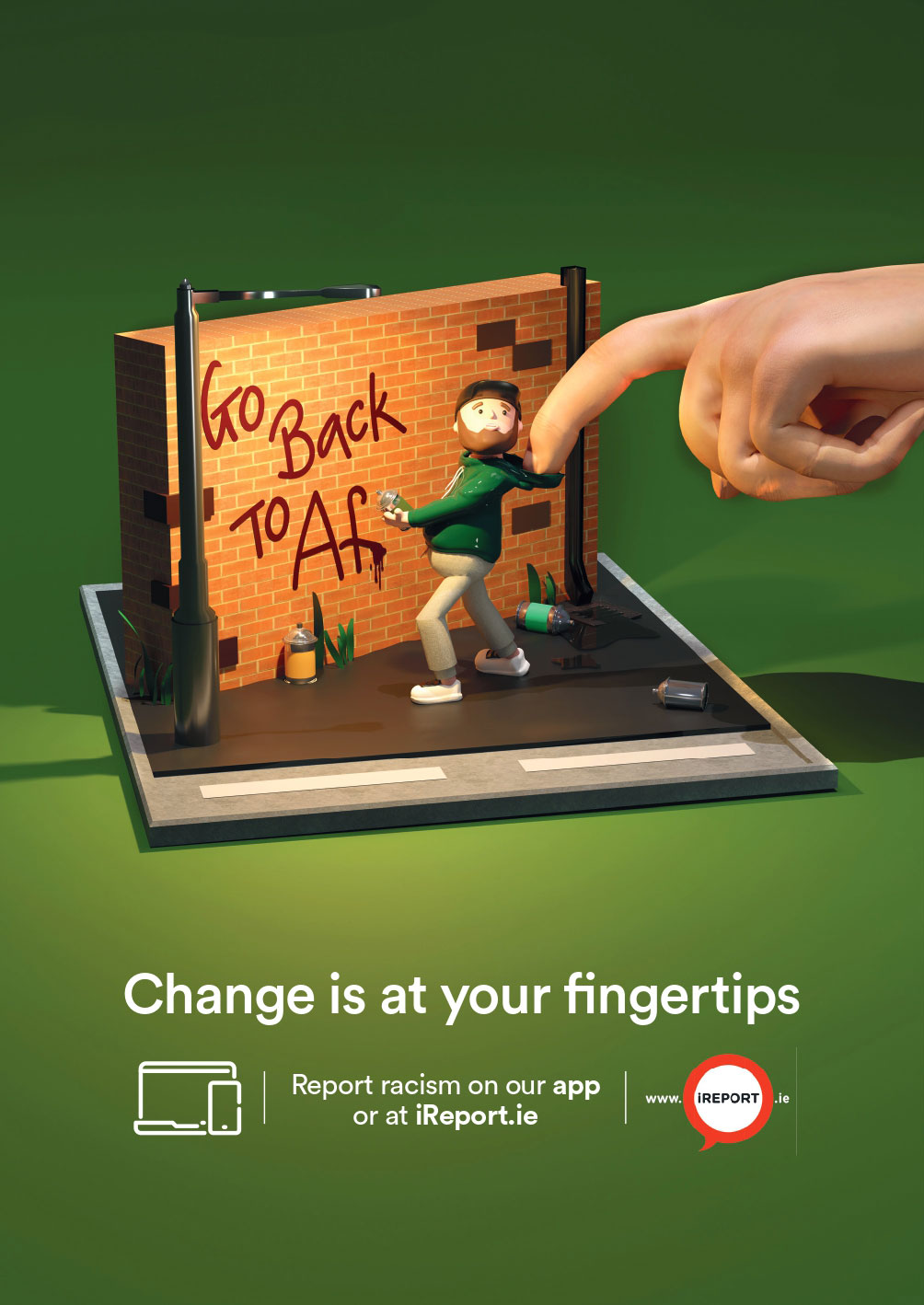 Amar Jacob, Social & Content Director at GroupM adds: “Since the Black Lives Matter Movement restarted the conversation globally around ‘racism’ in 2020 I have been working within the industry to make fundamental change in the way we work and approach campaigns by making them more inclusive to the country we live in. The seedlings for this campaign started back then when I was part of the Huskies team and with their continued support, we have been able to bring this campaign to life through combined efforts from a group of people across agencies. Having been at the centre of this campaign right from its inception and as an immigrant to this country – it’s a proud moment to see this campaign go live that can raise awareness, education and drive change for all of Ireland.”

“We’re really happy to have had the chance to work on this vitally important campaign and to have the opportunity to highlight a problem that we all need to be more aware of. Racism in all its guises is wrong and this campaign is an important next step in improving the situation,” says Bill Kinlay, CEO of GroupM.

“The work that has gone into getting this campaign live from a wide team across GroupM, our partner agencies and our media partners has been exceptional. There’s a lot more work to be done but at least this is a start on the right path,” he adds. 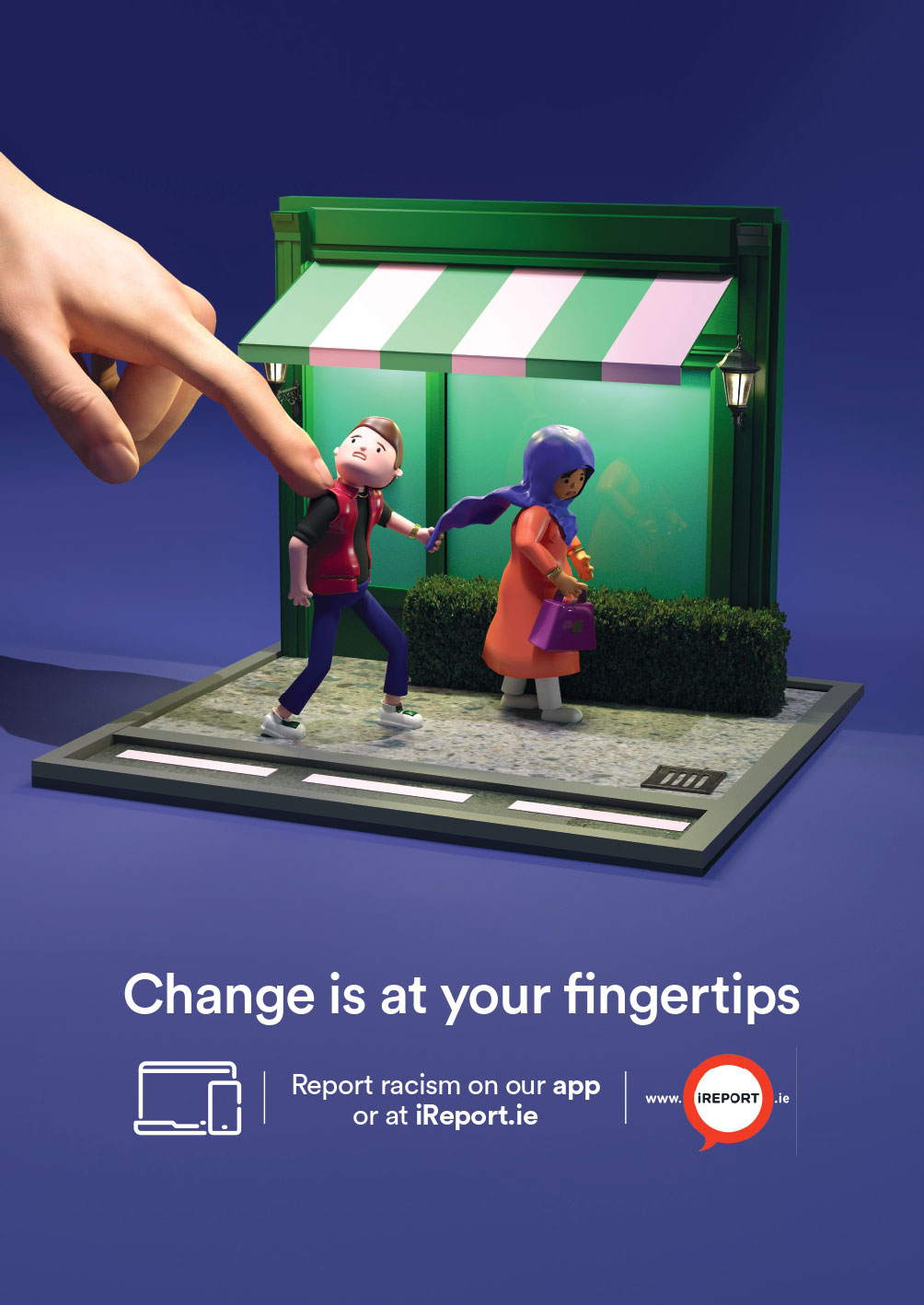 Udi Ovadia, Senior Art Director at Huskies says, “Reporting racist incidents is a fundamental step in tackling racism in public spaces. Our campaign is based on the idea that with just a tap of your finger, each of us witnessing a racist incident can actually make a difference. In our ads, we see a huge, oversized finger intervening during a racist incident. In our radio ads, we hear people in various public spaces using aggressive, racist language. As the abuse reaches its peak, it is drowned out by the sound of typing and a message being sent to highlight that with a tap of their finger, people can report a racist incident on the iReport.ie app and make real change happen.”