Event-Based Impact as Six Nations Kicks Off: Sophie Hamilton, marketing executive PML Group, with this week’s Out \ Look on Out of Home.

With the Guinness Six Nations kicking off this weekend, OOH is getting us match ready and building the momentum for the most eagerly awaited sporting event of 2022!

Title sponsor Guinness has been ramping up anticipation for the tournament on OOH as part of its wider sponsorship activity. Ahead of Ireland’s opening game with Wales on Saturday, digital formats are engaging audiences with uplifting messages such as ‘Hope Rises’ and ‘Bring it Home’.

Our OCS data found that The Six Nations has 899,000 regular followers making OOH the perfect medium to target this large audience. Each of these ads are strategically placed in high footfall locations, at key consumption periods, with digital screens in key retail and off trade environments ensuring reach and promoting purchase consideration.

This week, we publish new research from our iQ programme, investigating holiday intentions among 300 Dubliners, aged 16-54. The findings show a renewed increase in people’s travel intentions in the coming months. Given last month’s news on the easing of restrictions, there is an appetite amongst consumers to get out again and see what the world has to offer – both domestically and overseas, according to the research.

45% of all Dubliners intend to take a holiday in Ireland this year which peaked at 51% of adults aged 35-44. This could be an opportunity for brands to engage with their audience as we continue to see consumers opting for staycations across Ireland. Of those who only plan on taking a staycation in Ireland, there is a lower percentage amongst all demographics. This suggests both staycations and holidays abroad will be a popular trend over the coming months for Dubliners. 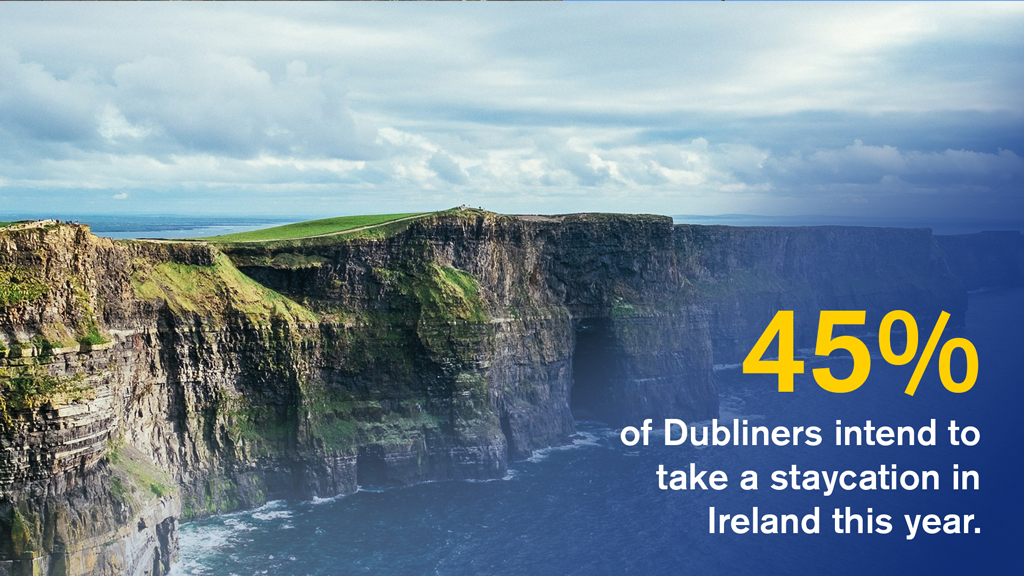 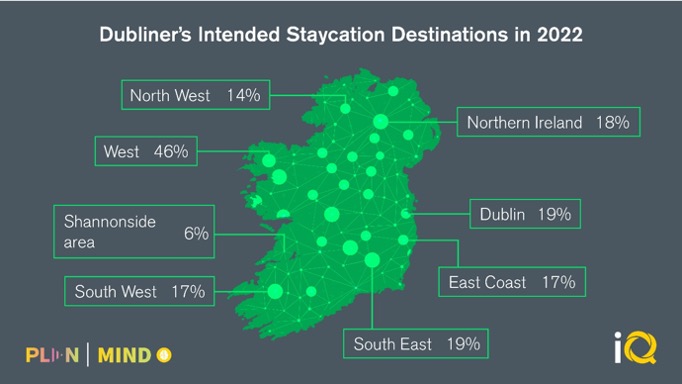 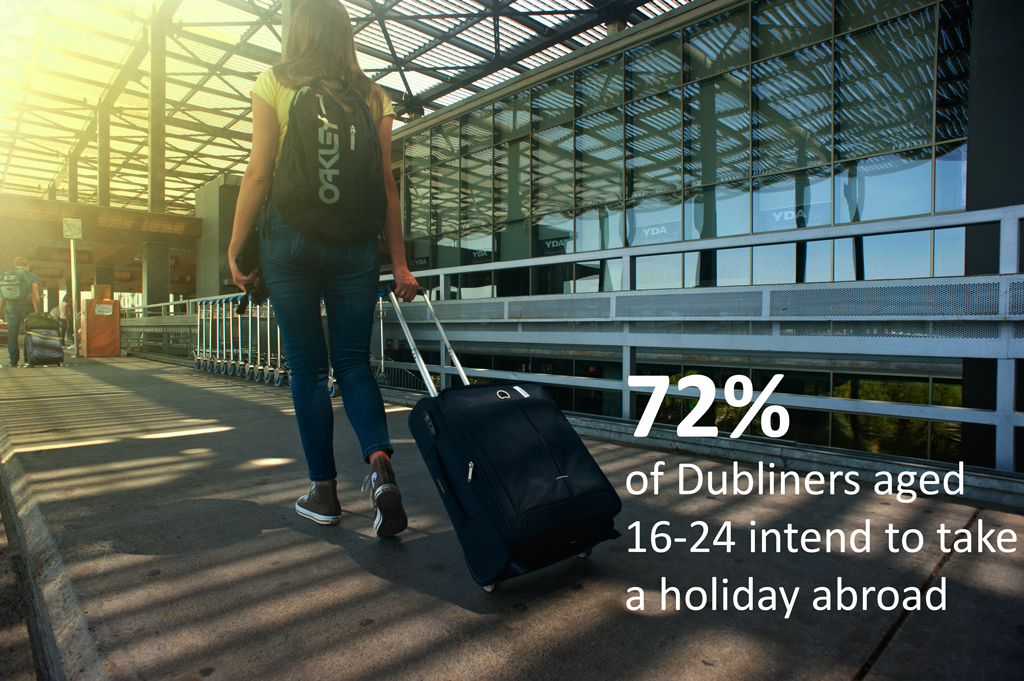 There has been a significant interest in travelling abroad this year. In a previous wave of research conducted in October 2021, 50% of all respondents said they intended to take a holiday abroad over the coming months. This has steadily increased to 66% of all Dubliners highlighting a greater demand for such travel. A further breakdown shows a greater demand for overseas travel amongst younger demographics (72% of 16-24s and 74% of 25-34s).  This is no surprise as the DAA expects Dublin’s passenger traffic to reach around 70 percent of 2019 today, per The Irish Times. When breaking this down further, there is a higher percentage of Dubliners who only intend to take a holiday abroad compared to Dubliners who intend to only take a staycation (33% vs 12%).

Last week’s national Locomizer mobility data, based on analysis of mobile phone location movements via anonymised app reporting, shows an increase to +34% of pre-pandemic levels. This has continued the trend since the start of the year with traffic levels increasing week on week. 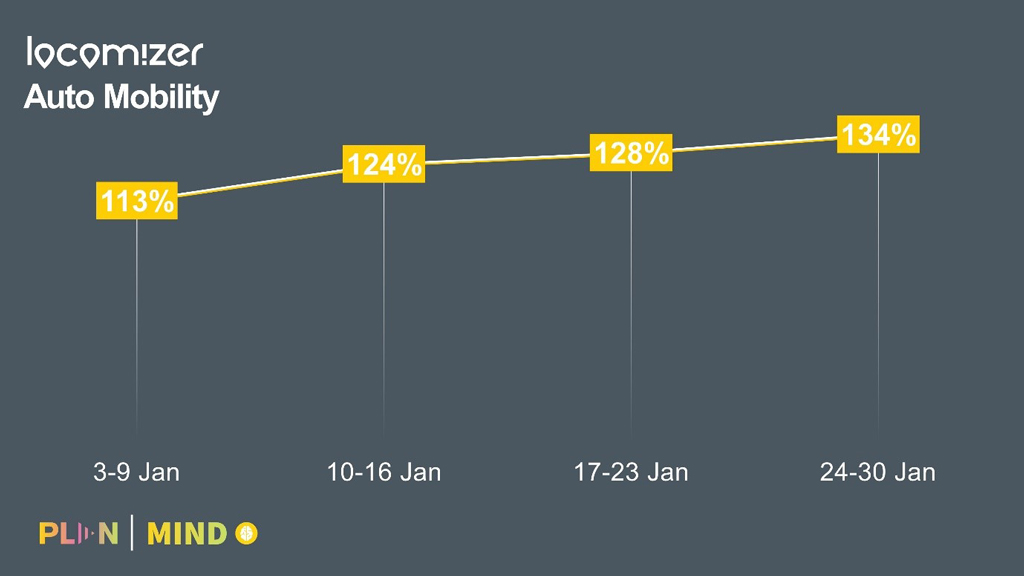 Also in terms of road traffic volumes, the TII recorded traffic volumes on Wednesday February 2nd increased +11% over the past three weeks and by two thirds versus the same day in 2021.

Apple’s routing requests mobility data for the week to Wednesday February 2nd shows all forms of mobility in Ireland above pre-pandemic baselines and increasing weekly with driving +24% (+18% week previous), public transport +47% (+38%) and walking +33% (+26)%.