Special Start to 2022: Sophie Hamilton, marketing executive PML Group, with this week’s Out \ Look on Out of Home.

This week we share the second part of new research from our iQ programme, investigating the noticeability of OOH formats among key demographic groups. This week our focus is on retail and transport formats, having covered roadside last week. 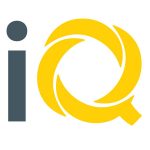 In partnership with Ipsos MRBI, our insights team at PML Group surveyed 300 Dubliners, aged 16-54, in December 2021. We found that bus advertising remains a highly impactful and effective attention grabber among all age groups. 73% of the 300 Dublin respondents say they regularly notice ads on buses, rising to 82% among 16-24s and remaining at 70%+ for adults 16-44.

A hotbed of competitive activity throughout the past two years on OOH has been the Retail environment. It’s an environment that has thrived during the pandemic and its no surprise that retail-based formats performed so well in this study. Almost two thirds of respondents notice ads in supermarkets regularly, peaking among females 25-34, at 73%. Those living in South Co. Dublin are also tuned into ads where they shop, at 74% agreement. 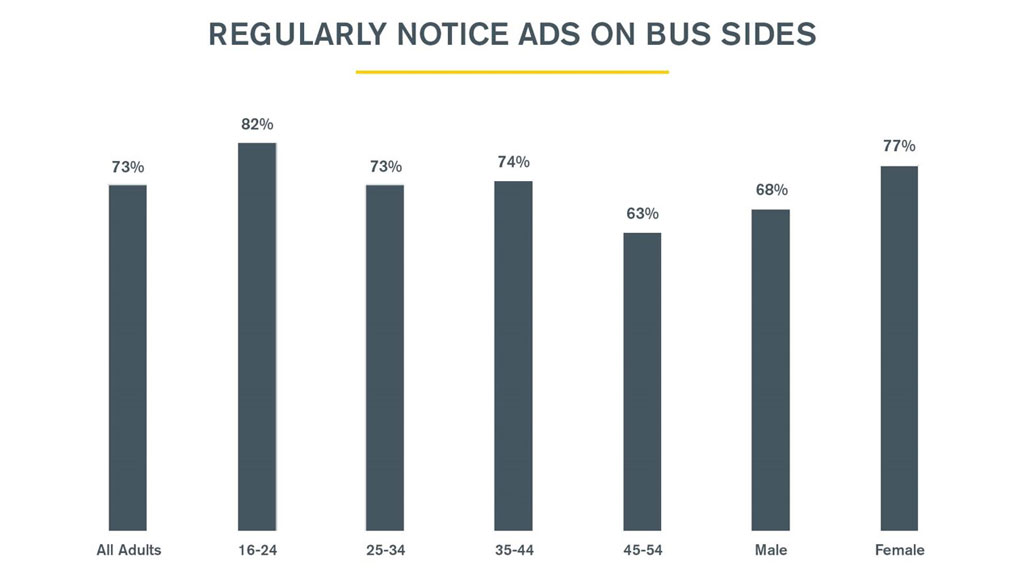 Within shopping malls, digital screens are regularly noticed by a whopping 88% of 16-24s. Main shoppers are more likely to notice mall advertising, but only by a margin of 4% – 64% v 60% among non-main shoppers. 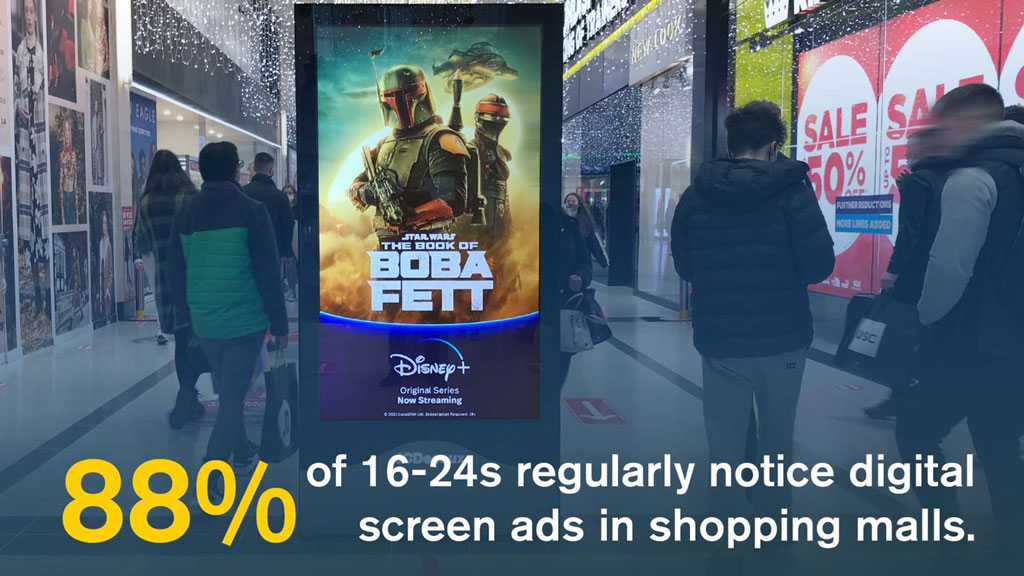 Despite commuting numbers being affected by Covid in recent times, half of respondents regularly notice ads in train stations.

Cycle 1 has shown us how brands are already utilising what out of home has to offer such as Disney+ and Avonmore who are kick starting the year with high impact, special builds.

Outdoor advertising is not confined to the poster frame, as special build productions can complement classic OOH campaigns to add something unique. Special builds are highly effective and provide brands with great opportunities to drive brand fame across both the real and virtual worlds. Research we conducted with Ipsos MRBI in 2021 found that three quarters of all respondents believe Specials make a brand seem exciting.

This cycle, Disney+ launched a Special build for the original series The Book of Boba Fett. Landing on the 96 Sheet location in Glasnevin, the creative stands out with halo lighting, 2D characters & 3D lettering. Our OCS research found that 94% of participants find lighting or illumination effects in campaigns more noticeable. The special lighting also draws attention during both day and night which demonstrates a key strength of Out of Home – it is always on.

In the build up to the launch of the special build, projections ran in various locations in Dublin, Cork and Galway. The campaign also runs on Digital formats such as Digipoles, Digipanels and iVisions. 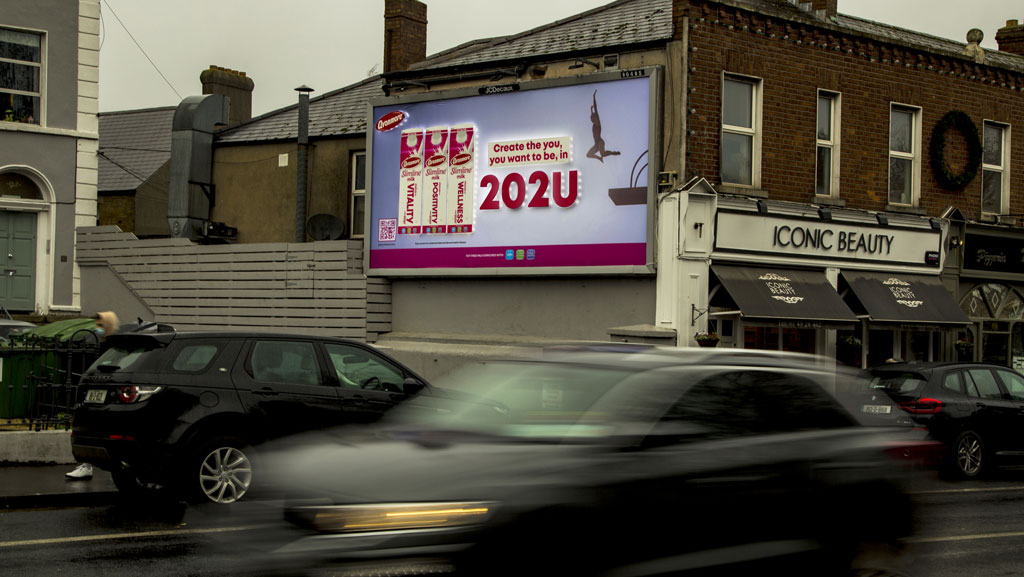 January is a time of year when people reflect on the past year and set new health and fitness goals for the year ahead. Avonmore has fit the tone this week with its special build to promote its Slimline milk. The 48 Sheet special in Rathgar uses 2D Avonmore logo, Cartons and lettering while using special lighting to further draw attention to the build. The campaign also runs on Purchase Points and Tesco Live which acts as the last window of opportunity to influence shoppers at the point of sale.

One in every five euro worth of display value on OOH in December was for a retail outlet. The sector had a market share of voice of 20% across the festive season on the medium. This data is derived from PML Group’s Watch service, which monitors OOH activity each cycle via our network of national inspectors. Chief among those retail outlets were the supermarkets – primarily Dunnes Stores and Aldi, who both featured among the top five brands on OOH for the month. Apart from supermarkets, retailers such as JD Sports, Life Style Sports and Kildare Village also featured. 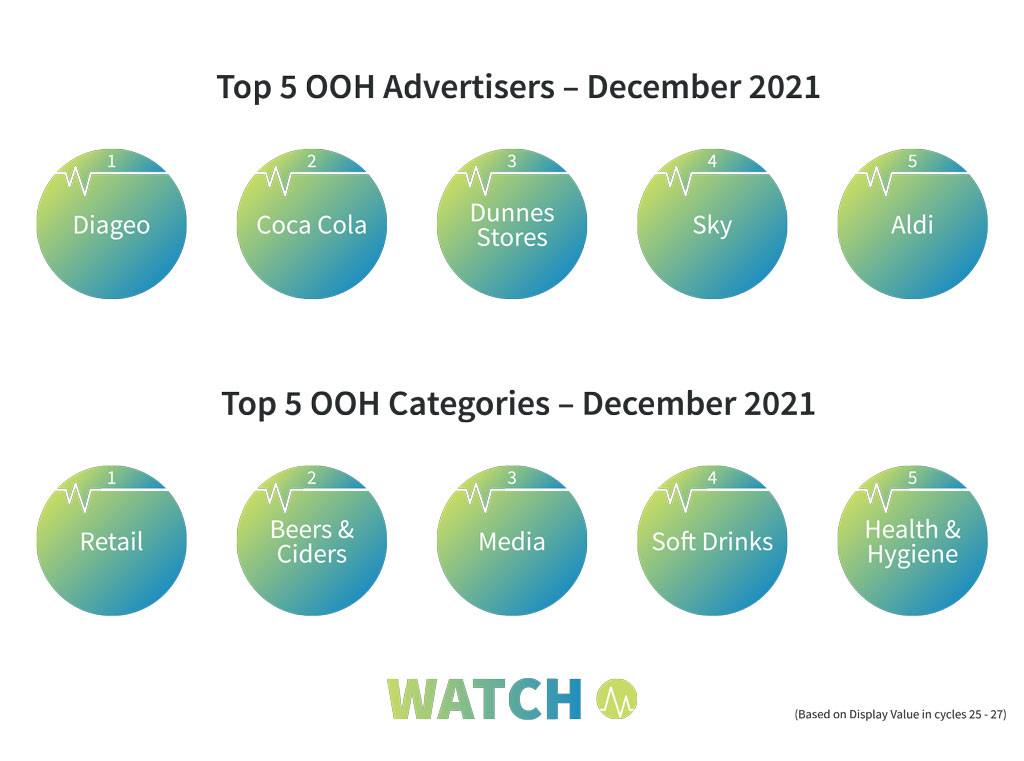 Retail beat Beers & Ciders to top spot but Diageo remain the top investing advertiser for December with Guinness, Hop House 13 and Carlsberg among their active beer brands during December.

The Media category came in at number three for the month with advertisers including Sky, Disney+ and RTÉ all prominent.

Christmas OOH perennial Coca Cola was the second most active advertiser behind Diageo and its spend took the Soft Drinks sector into fourth spot for the month, with PepsiCo also among the top ten advertisers, thanks to an impactful 7UP campaign.

Traditionally, New Year’s resolutions have often been associated with doing less of something or stopping it altogether. We’ve all likely made some of these “cutting out” resolutions in the past, and probably found them extremely difficult to stick to.

There’s a good reason for that too. Research has shown that these “avoidance” type resolutions just aren’t as sticky as “approach” goals. Essentially, adopting a new habit has higher success rates than stopping or avoiding something.

A new study by GWI has shown that this feel-good, reward-based approach is something that people are embracing more of. The top 5 resolutions people plan to make for 2022 are all around doing more of something or learning something new, such as eating healthier, learning a new skill, or spending more time with family or friends.

The bottom 5 resolutions are equally telling. Most of them are avoidance-type behaviours such as eating less meat, drinking less alcohol, or watching less TV. 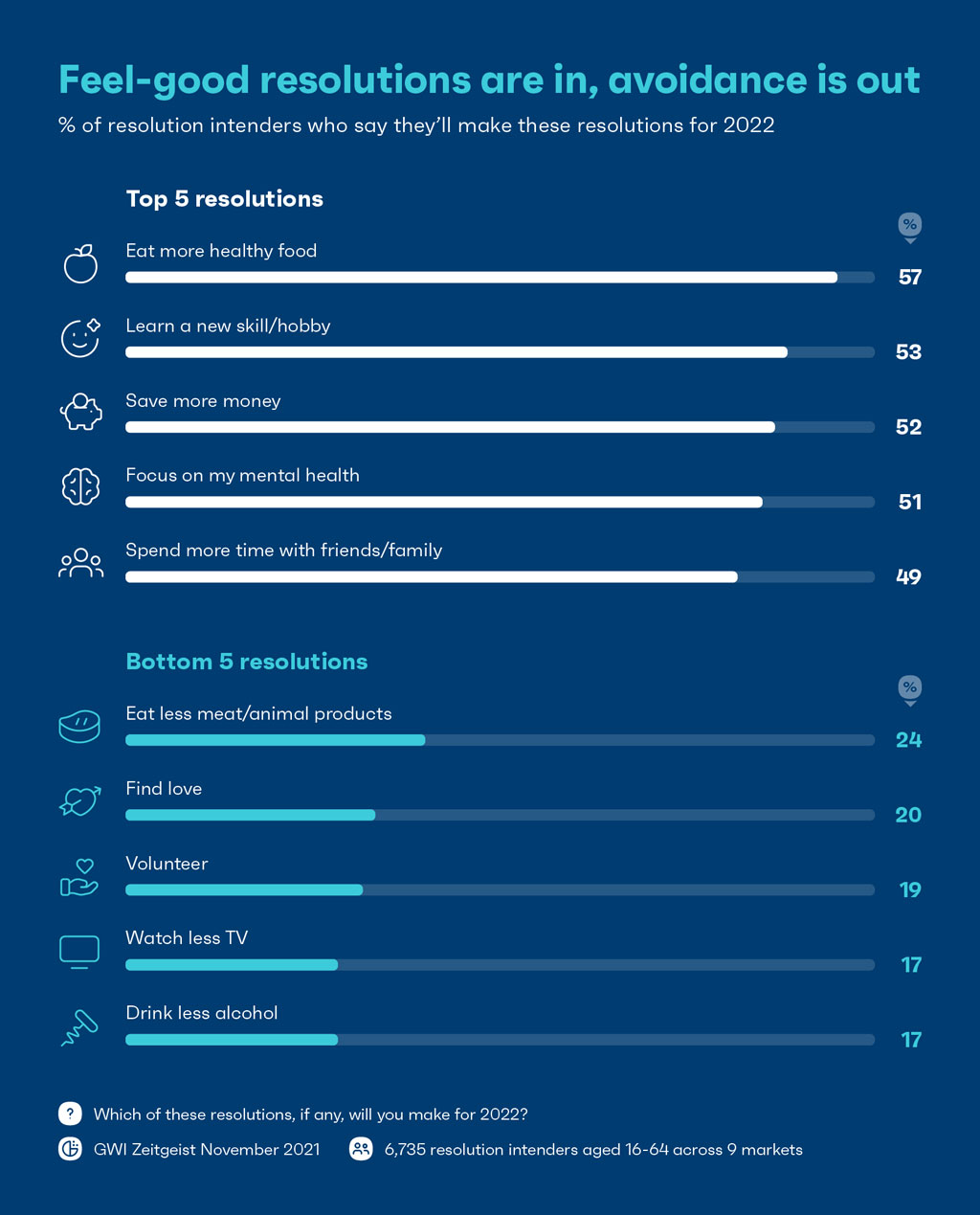 For brands generally, leaning into consumers’ positive mindset around making healthy, mindful changes is something that’s bound to resonate with those making resolutions (and those who aren’t). Ensuring messaging and campaigns are positive, motivating, and inspire consumers to look after themselves is important. People have faced restrictions of all kinds over these past two years – now’s the time to ask what we can give ourselves, rather than take away.