In October, Guinness teamed up with Rothco, part of Accenture Interactive, to get Ireland back to the pub to celebrate moments missed during a tough year. The result was the successful ‘Here’s to it All’ project – a social-first campaign that kick-started a strong relationship between the brand and the agency. Their latest undertaking? Christmas 2021.

Guinness’ iconic Christmas ad has become an integral part of Christmas in Ireland. Each year, hearing the first notes of its familiar sweeping soundtrack marks the arrival of the festive season. This year (the ad’s eighteenth since its debut), Guinness is taking the magic of its music from TV sets to city streets.

Working with Rothco, part of Accenture Interactive, Guinness invited a classical ensemble -called the Guinness Orchestra –  to appear in locations across Dublin including outside the Custom House and a number of Dublin pubs, where they created a live soundtrack for people who were out and about for Christmas. Without warning, the ensemble would show up and kick into the tingle-inducing melody from the ad, triggered by genuine moments of togetherness from friends and family.

Rothco, part of Accenture Interactive, worked directly with Kevin Sargent, who composed the original score – as well as the team at Glasshouse Music, who helped create a new arrangement for the piece specifically for this campaign. The director was Lochlainn McKenna from Element TV.

A 40” film, showcasing footage from the unexpected orchestral appearances around Dublin, made its’ debut on Guinness’ social channels on December 13th.

According to Stephen Rogers, creative director,  Rothco, part of Accenture Interactive: “The Guinness Christmas ad is one of Ireland’s most memorable ads ever and has become an iconic part of our festive season. This year’s Christmas brief gave us the opportunity to take the beautiful soundtrack from the film and bring it to the streets of Ireland.   Whether you were lucky enough to run into the ensemble, or you came across it in your social feeds, this was a unique way for Guinness to help elevate the Christmas feeling.”

Alan McAleenan, marketing director at Guinness adds: “Christmas is a very important time for Guinness, and we’re delighted again to see that our TV ad ‘Christmas Card’ continues to really resonate with the public. We wanted to capture the feeling that we know so many people get from the score in the advert and put it out on the streets of Ireland for everyone to enjoy. We were delighted to work with Rothco, part of Accenture Interactive, on this brilliant campaign.” 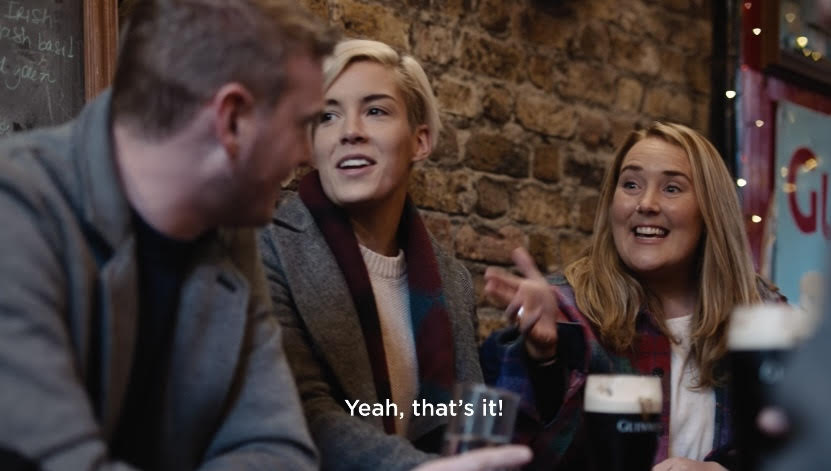