For the third year-in-a-row the Irish advertising, marketing and media industries have collaborated to support the LGBTI+ charity BeLongTo and to drive awareness of its Stand Up Week which begins on November 15 and runs until November 19.

Led by IAPI and its member agencies the collaboration also involves other production partners, clients and RTE 2FM which once again is airing the campaign on while supporting it with editorial and content.

“Stand Up Awareness Week is a time for all second level schools to take action against homophobic, transphobic, and biphobic bullying and show they welcome, value, and support LGBTI+ students,” says Moninne Griffit, CEO BeLonG To Youth Services 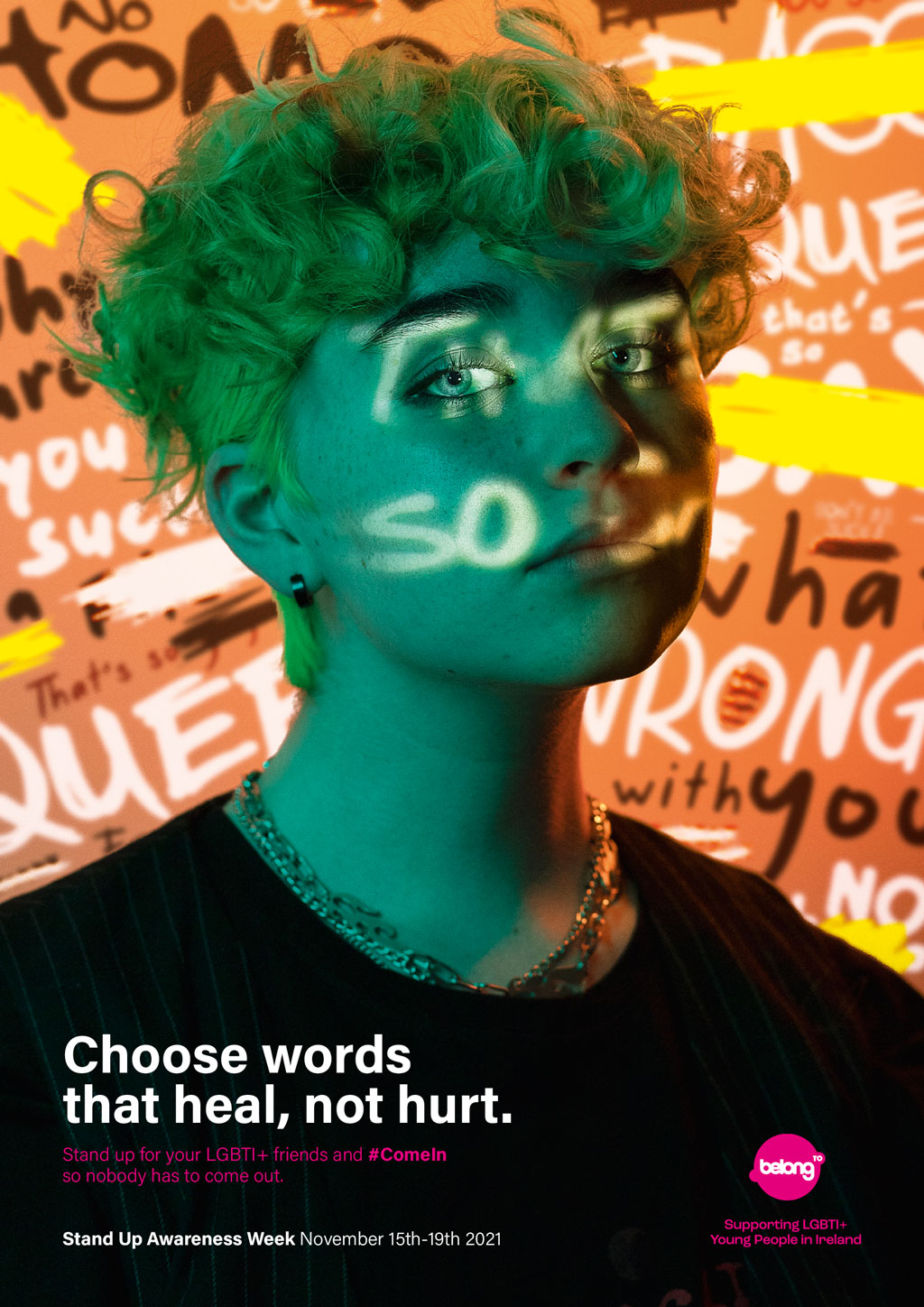 “Supportive schools improve academic performance, attendance, and mental health outcomes for all students. We saw a huge increase in the number of schools joining us for Stand Up Awareness Week last year, and hope that more schools will join the campaign this year to prioritise creating safe school environments for LGBTI+ youth.”

According to Charley Stoney, IAPI CEO: “Motherland, Algorithm, and Mutiny have created a powerful #ComeIn During Stand Up Awareness Week 2021 campaign video that helps us to visualise the slurs and whispers the LGBTI+ community endures everyday. Together we can make a difference. By watching and sharing this video, we can spread awareness and unlearn the language and stigma surrounding the LGBTI+ community in Ireland.”

In addition, some of the teams and individuals involved in this year’s initiative include the following 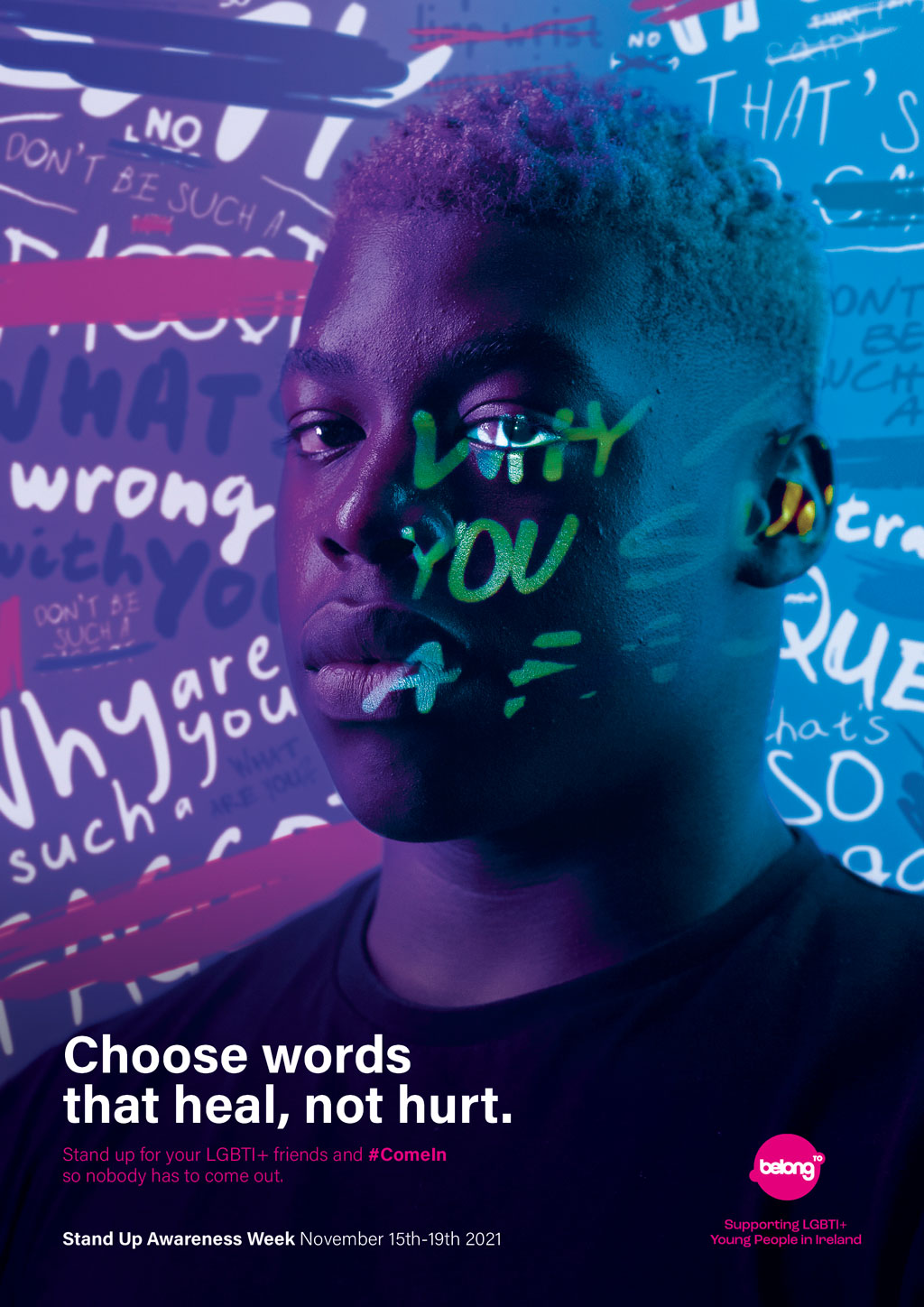 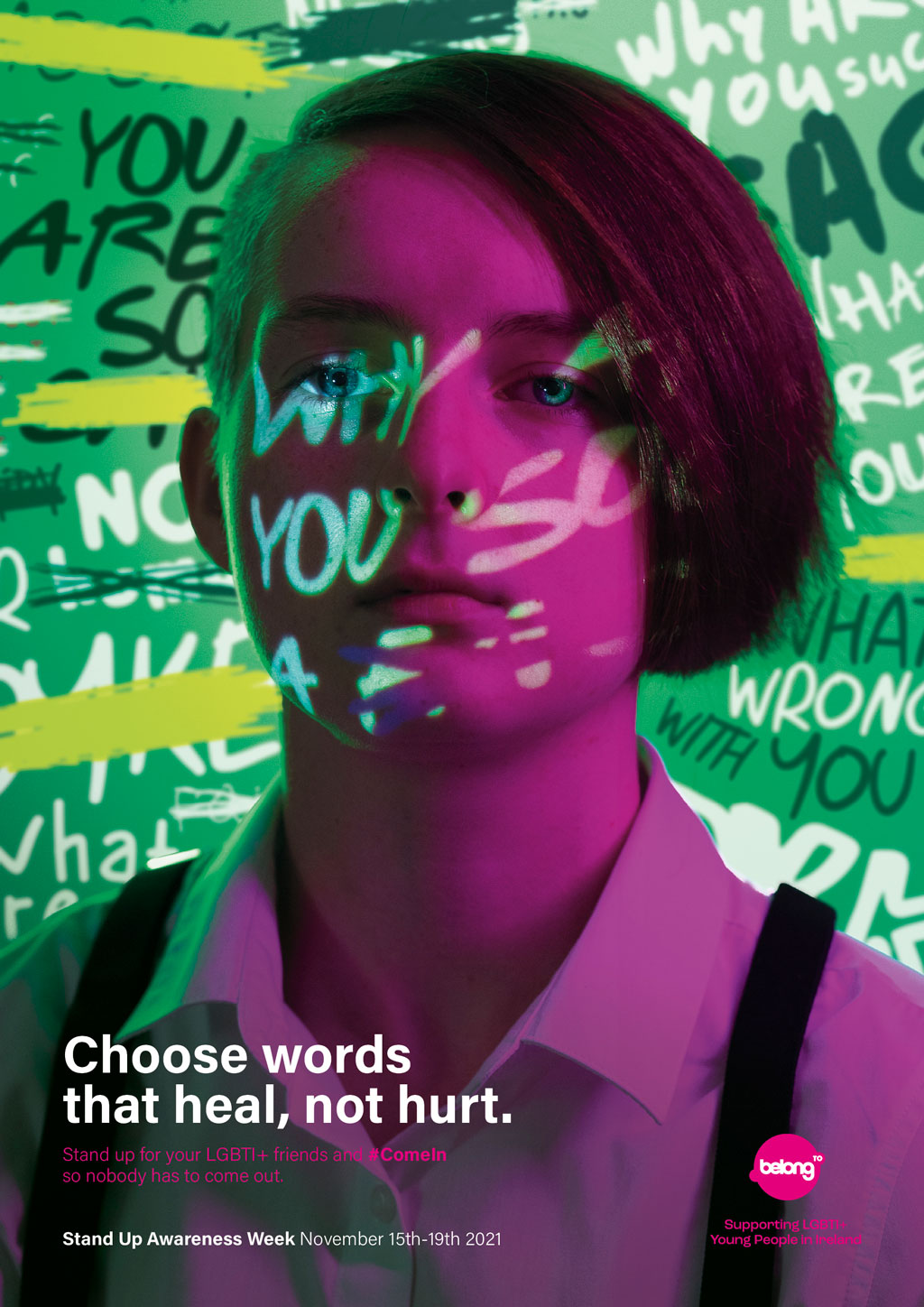