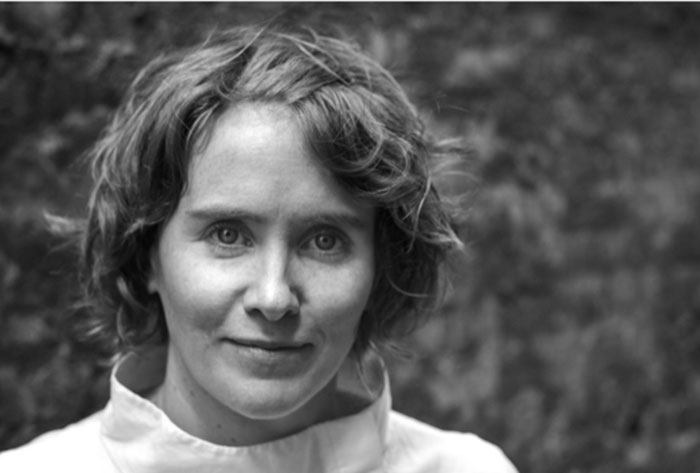 Is ‘goodvertising’ the only good advertising? As award shows recognise not for profit and purpose-led work more than commercial creativity, Catrióna Campbell, Managing Partner at The Public House, asks if we should get back to the purpose of selling.

Purpose based work dominates the award shows. And it seems like everyone has found purpose – credit cards, sanitary towels, body lotion, supermarkets.  And the campaigns are big, and brave, and deserve to be celebrated. For one, Libresse’s Womb Stories was a campaign that made me stop in my tracks.

But what I’m querying, as someone whose clients entrust with helping them move the dial on their sales chart, is whether exclusively commercial creativity should be left out in the cold.  David Ogilvy’s eponymous book on advertising commanded “Your role is to sell, don’t let anything distract you from the sole purpose of advertising.”  But is this relevant in 2021?

This year Cannes awarded 35 Grand Prix awards. Of that 24 were for purposeful campaigns – for good, for change.  Creative Review also highlighted an ongoing preference by jurors to award purpose-based work, with the Grand Prix list heavy in examples of brands doing work that aims to make a difference in society… across virtually every award category type”.

Three of those campaigns were purpose based – the exception being Burger King’s Mouldy Whopper.

More locally, the Institute of Creativity in Advertising & Design (ICAD) awarded 17 gold bells for advertising in the 20/21 award show last month.  Of those 17 awards, only a single bell was for a campaign/idea that wasn’t purpose based — a Christmas advert for Skoda from Boys & Girls.  The exec summary is that whether it’s a local award show or the titan that is Cannes, as an industry we’re not celebrating commercial creativity.

And yet this looks like a relatively recent trend. If we look back at Cannes Grand Prix Winners from 2011, only one was a purpose-based campaign, in the ‘Grand Prix for Good’ category.  But now, purpose-based work dominates every category.  So, does this mean ‘good work’ has to ‘do good’, or is it more that in today’s conscious consumerism we are now uncomfortable with work that is ‘just’ about selling?

John Grant, author of Greener Marketing, is happy with the shift in focus at award shows “I’m thrilled to hear that marketing for good is dominating the awards and I’m sure it does respond to both a genuine shift in the values of our industry and that of consumers”.   This is an interesting point — are we all just more ‘woke’ than a decade ago?  And as an industry, are we inherently more motivated to do good, given the poor reputation of advertising — less trusted than estate agents FFS – (sorry Ben, my brother-in-law who is a very lovely and trustworthy estate agent).  As always, I’m reminded of the great Jacques Seguela book ‘Don’t tell my mother I’m in advertising – she thinks I play the piano in a brothel’.  Are we justifying our own life choices by giving our industry a shiny halo of self-worth and virtue, celebrating the work that is saving the world and politely side-stepping the commercial work we do because it’s asking people to buy something?

But John Grant also points to the pitfalls of virtue signalling and faddish work, and also that agencies are probably following an agenda. “I also suspect that it’s a reflection of how many awards were won in previous years for similar kinds of work – giving creatives every incentive to follow suit”.  The cynic in me is inclined to agree.  Are we building work for the judging room, rather than to actually build a better world? If so, bloody hell, we’re deservedly at the bottom of the reputation list.

I asked the inimitable Mark Ritson for his view on this, and in typical common-sense candour he lambasts award shows “…as a manifestation of an industry too cool and purposeful to worry about little old things like effectiveness or impact.  About a decade ago marketing entered a new phase of its evolution in which customer satisfaction, strong brands and commercial impact lost some of its appeal. Suddenly we had to be bigger and better than that. We needed ‘purpose’. Everything needed purpose. As Bob Hoffman noted a few years ago this is despite the fact that when you open your refrigerator none of the products looking back at you have any such thing nor were you moved to buy them because of it”.

So, before we embark on another award season, at the very least we need to confront that there is, subconscious or not, bias by judges and shows to award purposeful work. Reports from inside the judging room hint at less debates around creative execution, and more discussion about the societal impact of the brand or industry, leaving sectors like fast food, alcohol brands, or fast fashion at a disadvantage from the very start.

Maybe it’s time for an awards show that embraces more of a David Ogilvy or Gordon Gekko approach and puts creativity in commerce on equal footing rather than becoming the ethics Olympics. Maybe we can take inspiration from the virtual Cannes Lions in 2021, which generated a revenue of $47.7 million through festival passes and award entries.

They clearly aren’t ashamed of selling.