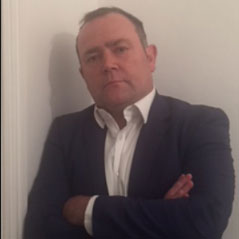 News Ireland has become one of just five companies in Ireland to be awarded the Gold Standard certification by the Internet Advertising Bureau Ireland.

The Gold Standard, which was developed by IAB UK, was adopted by IAB Ireland in February 2021. This set of digital advertising standards  in intended to uphold brand safety, tackle ad fraud,  improve the digital advertising experience and help comply with the GDPR and ePrivacy laws.

The support of brands is key to the Gold Standard, with Aer Lingus, An Post, AIB, Laya Healthcare and Vodafone leading the way as Brand Supporters committing to working with Gold Standard certified partners.

According to David Monaghan, head of commercial, News UK & Ireland and Chair of IAB Ireland: “News Ireland is proud to have met the rigorous standards of the Gold Standard in Ireland. High standards help to build trust and transparency with our advertisers and users, and we are delighted to work collaboratively with other IAB Ireland members to ensure that the highest standards are adhered to in our Industry.”

Suzanne McElligott, CEO of IAB Ireland, adds: “We are delighted to announce that News Ireland is now Gold Standard certified in Ireland. The enthusiasm that IAB Ireland’s members have shown in the adoption of the Gold Standard here proves the desire and commitment of the Irish industry to fight ad fraud, maximise brand safety, improve users’ experience and protect users’ privacy. The leadership of companies like News Ireland in adopting the Gold Standard exemplifies our members’ commitment to observing the highest global digital ad standards.”