This week we are publishing the second set of findings from an extensive piece of research we commissioned on how Dublin consumers will be spending their cash over the coming months. The ‘Spending Time’ study looks at four key categories of consumer spending – Leisure, Clothing & Accessories, Personal Tech and Home.

The research was conducted by Ipsos MRBI among 300 Dublin adults.

Last week we covered Leisure and Home. This week we concentrate on Clothing & Accessories and Personal Tech.

With little socialising and many of us working from home for more than a year, the need for new clothing has not been as much a priority for consumers as before. However, with hospitality reopened and a phased return to office working on the cards, it’s clear that respondents in the study are keen to upgrade their wardrobe in the months ahead. 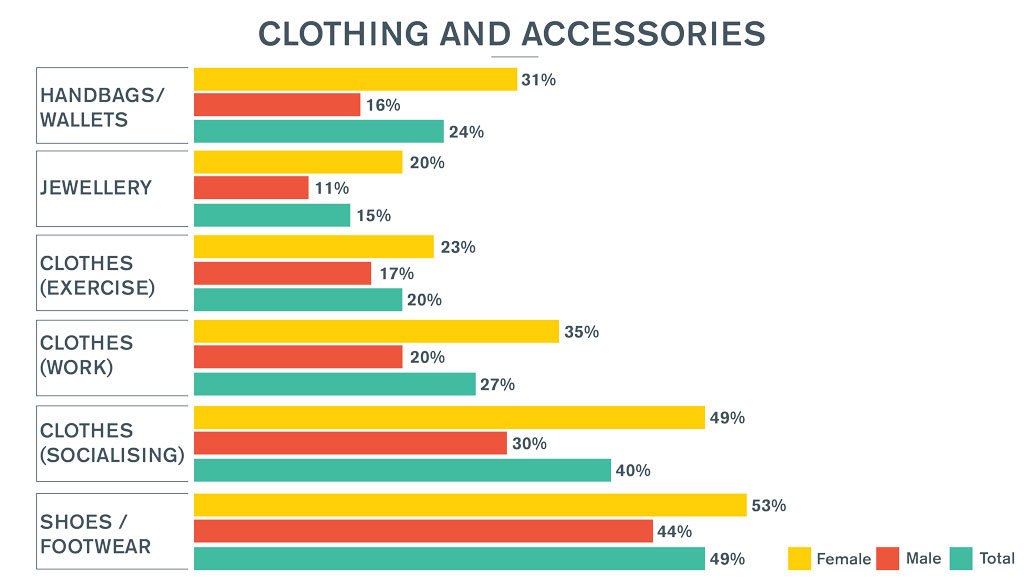 In terms of clothing, the number one priority is new threads for socialising, particularly for women. 49% of females intend on making purchases for this reason in the near future, compared to 30% of males. Replacing home ‘lounging’ type wear such as t-shirts and sweatpants registers at 43% for all adults – 39% male, 47% female. Perhaps anticipating a return to office, 27% will be purchasing new clothes for work. Again, a significant gender gap here, with 20% males and 35% females intent on buying new work clothes, rising to 40% of 35-44s. 20% will also be buying workout/exercise type clothing. 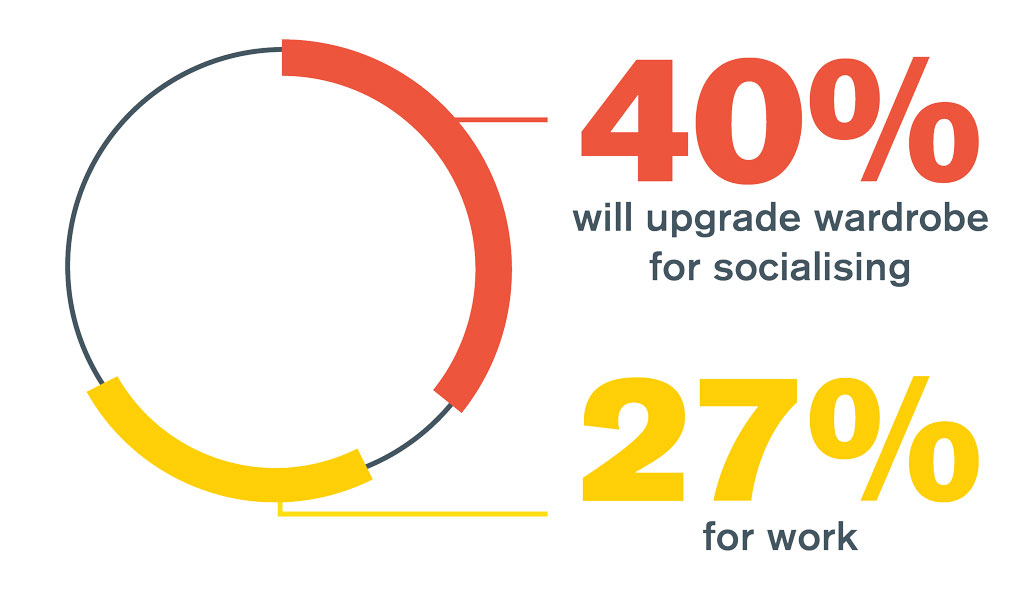 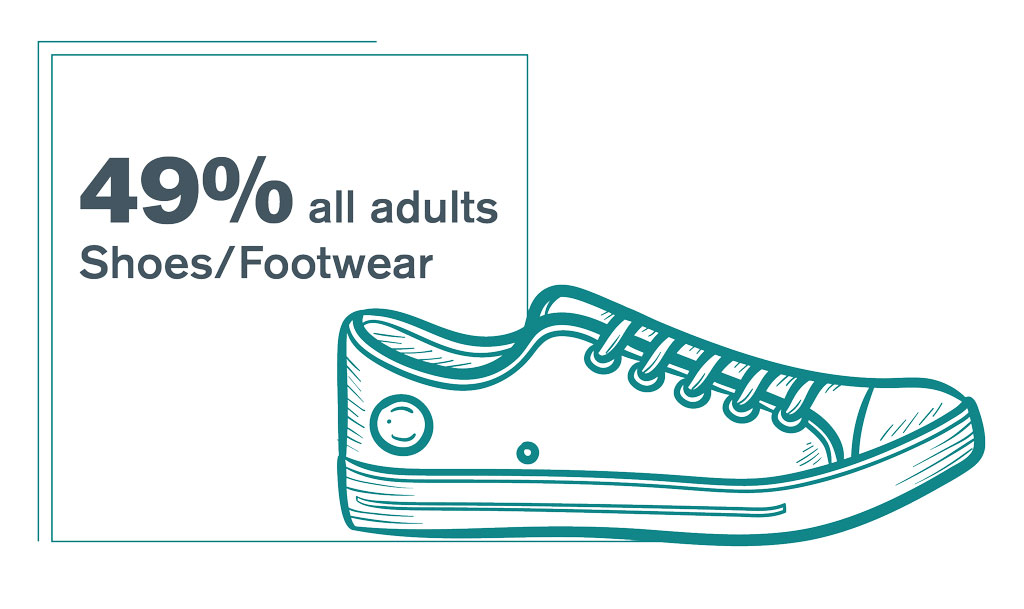 Twice as many females as males intend to treat themselves to a new handbag or wallet, 31% v 16%. This top scores among 35-44-year-old females, at 39%. Similar differences exist in terms of jewellery, at 11% and 20% for males and females respectively.

The genders are a bit more aligned when it comes to shoes and footwear. 49% of all respondents will be making an investment in this category soon. This equates to 44% of males and 53% of females. That hits 60% among younger females.

Personal tech, such as smartphones, smart watches and laptops is the only one of the four categories covered in Spending Time that males are more likely to be making purchases than females, in the short term. 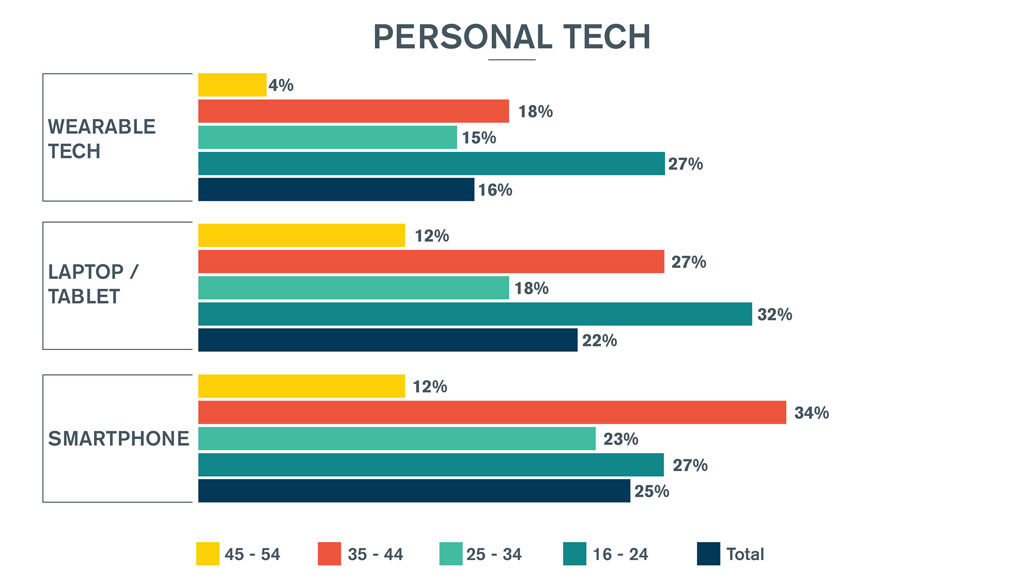 More than one third of all respondents aged 35-44 intend to change their phone. Overall, 26% of males and 23% of females will be visiting a telecoms retailer in the near future to make that all important purchase. The figure increases to 27% for main shoppers and 35% for main shoppers who shop at SuperValu.

More than a quarter of 16-24s (27%) intend on purchasing wearable smart devices such as a watch or Fitbit. These devices are more of a priority for females in this age group than smartphones are, 23% v 30%. 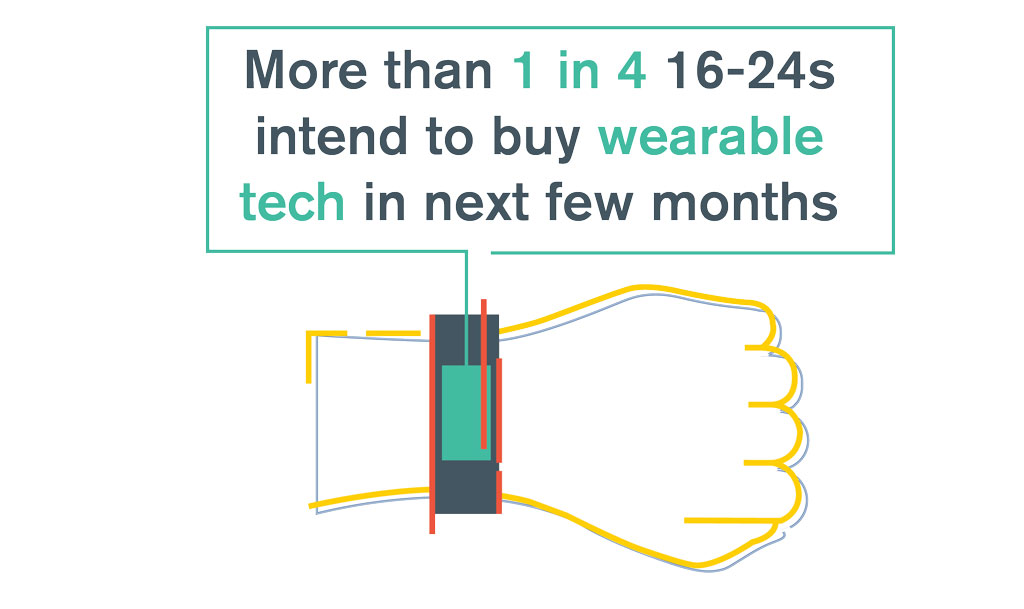 Finally, more than one in five of us intend changing our laptops or tablets in the coming period.

The latest wave conducted on 28th July finds Irish consumers’ safety concerns continuing to decrease here since the start of 2021. 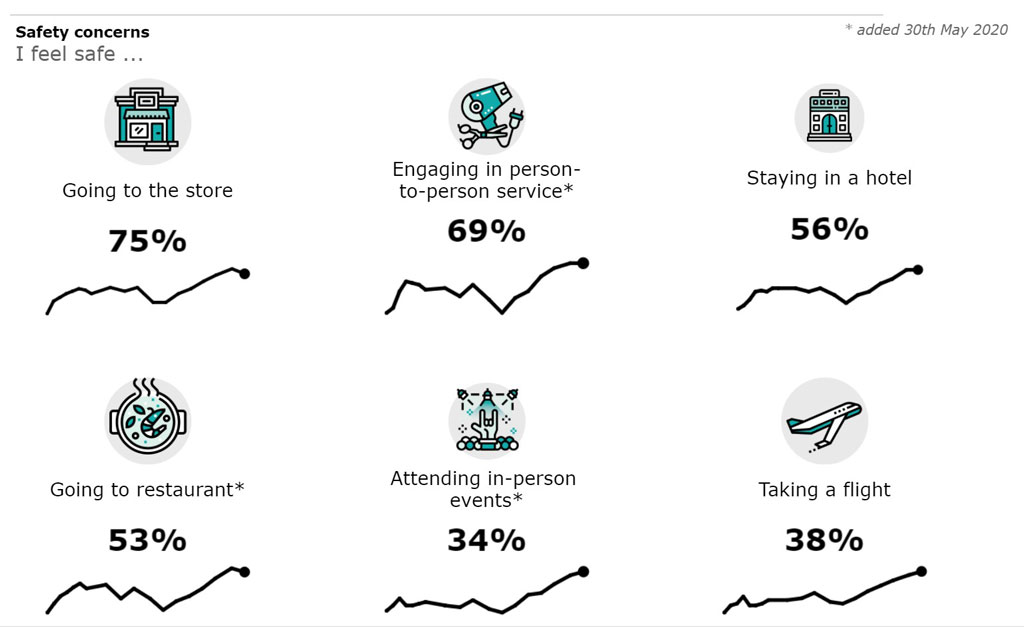 Following the reopening of all retail and personal services on the 10th May three quarters of respondents feel safe visiting a store, up from 52% in February while 69% are comfortable engaging in person-to-person services, up from 39% in February. With indoor dining recommencing on July 26th over half of respondents now feel safe visiting a bar or restaurant, rising to two thirds of 18-34 year olds.

Elsewhere, CGA’s REACH survey of consumers found that nearly nine in ten (86%) planned to visit local venues more or as often as they did before the pandemic. CGA’s data also suggests that consumers who have stayed away from city centres in the last 16 months will return in due course. More than a third (35%) say they are looking forward to visiting centres to eat and drink when normality returns. This is echoed in open markets worldwide, where around half (47%) of consumer have been visiting city centres at least as often as they did pre-COVID.

The National Dairy Council has launched a new EU-funded campaign, specifically designed to support the food service industry in Ireland as it reopens. 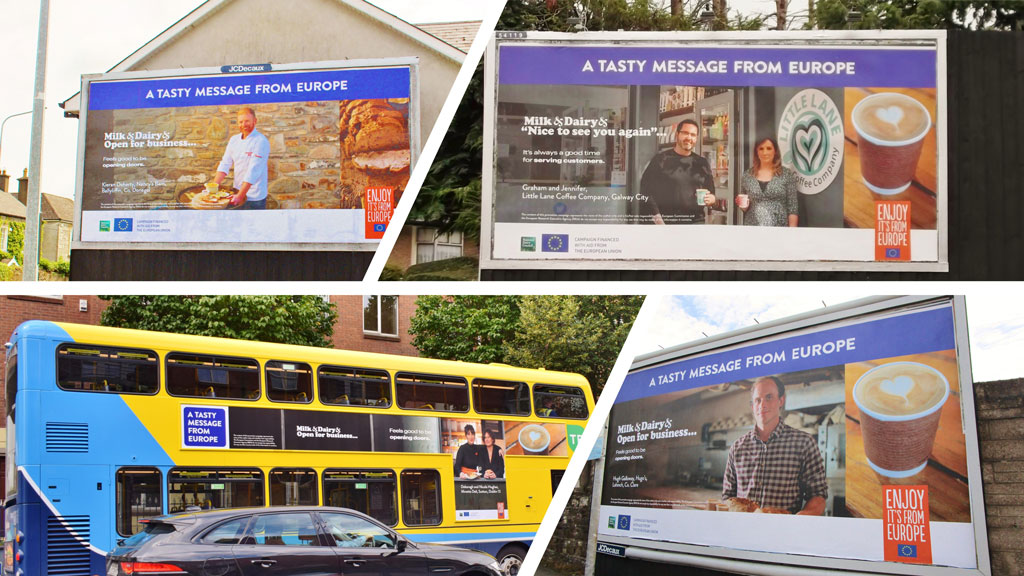 As part of the campaign, NDC specially selected seven high profile cafes and food producers across Ireland who were each photographed for the campaign by photographer Mike O’Toole. Each poster showcases the proprietor and their food offering, whether it be the world-famous seafood chowder at Nancy’s Barn in Donegal or the popular all-butter croissants from Bread 41 on Pearse Street in Dublin.

FBD Insurance is sending Sound Support to Tokyo this Summer for our Irish Olympians. 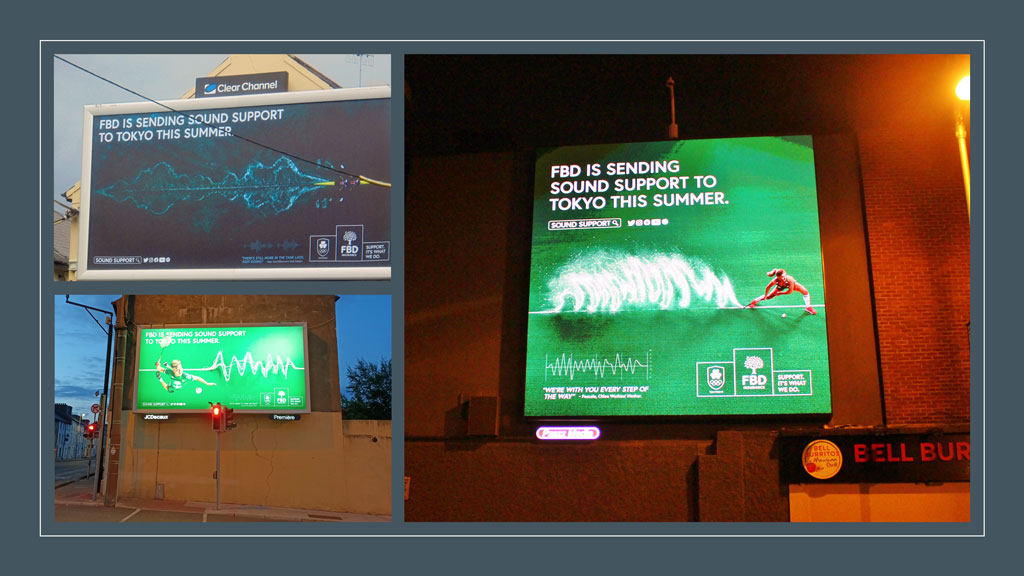 Sound Support takes the form of high intensity music tracks, with beats and tempos made out of the recorded sounds of each athlete’s workouts, then messages of support from athlete’s loved ones layered on as vocal samples. The campaign features three Irish athletes and FBD Brand Ambassadors – boxer and lightweight world champion Kellie Harrington; hockey player and World Cup silver medallist Chloe Watkins; and rising badminton star Nhat Nyugen.