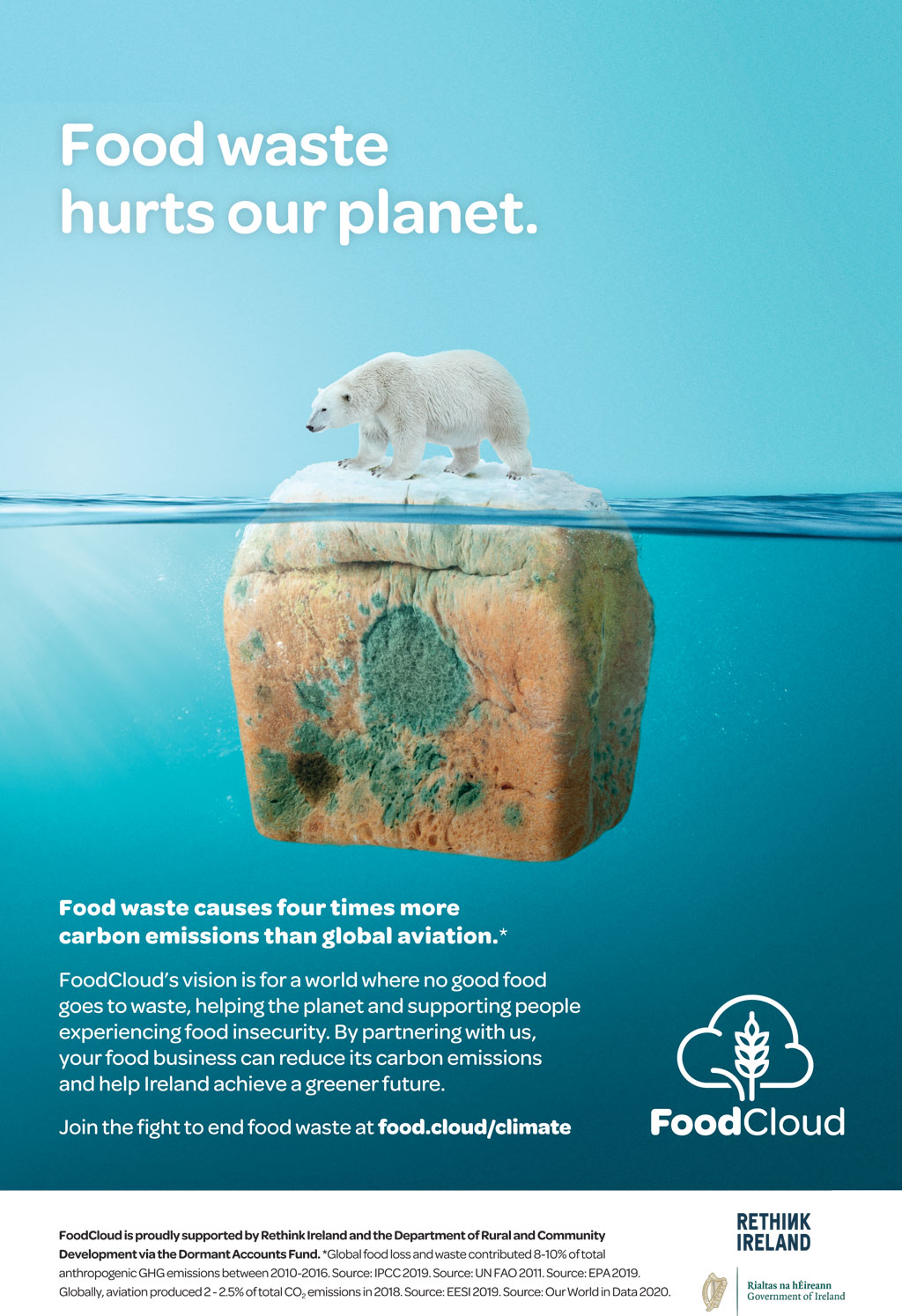 Folk Wunderman Thompson has created a new campaign for FoodCloud, the non-profit social enterprise that is trying to eliminate food waste.

The campaign, which was proudly supported by Rethink Ireland and the Department of Rural & Community Development via the Dormant Accounts Fund, ran across print and across social media has generated unprecedented engagement on all FoodCloud channels. It has also been highlighted at an EU level by both the European Food Banking Network (FEBA) and the EU’s Platform on Food Loss and Waste, on which FoodCloud sits.

The powerful campaign images focus on the incredible polar bear, an animal that has become synonymous with the melting polar caps, floating on a mouldy loaf of bread rather than an iceberg. The visual gives viewers an opportunity to make the direct connection between food waste and serious environmental issues like global warming.  The second image depicts a globe in the form of a mouldy orange, highlighting that this alarming issue is not only prevalent in Ireland but also throughout the rest of the world.

According to  Vivienne Lawlor, Head of Communications, FoodCloud said “With food systems accounting for 30 percent of carbon emissions in the EU, taking control of food waste is a powerful tool in the fight against climate change. The team at Folk developed an incredibly powerful visual to cut through on this highly complex issue delivering an emotional message that we can all relate to and act upon, whether you are a business with surplus to donate or an individual in the home.”

“Food wastage isn’t top of mind when people think of behaviours that harmfully impact the planet. It’s so important that perception is changed so that FoodCloud can partner with food businesses both here in Ireland and internationally to really make an impact,” says Karl Waters, creative partner, Folk Wunderman Thompson.