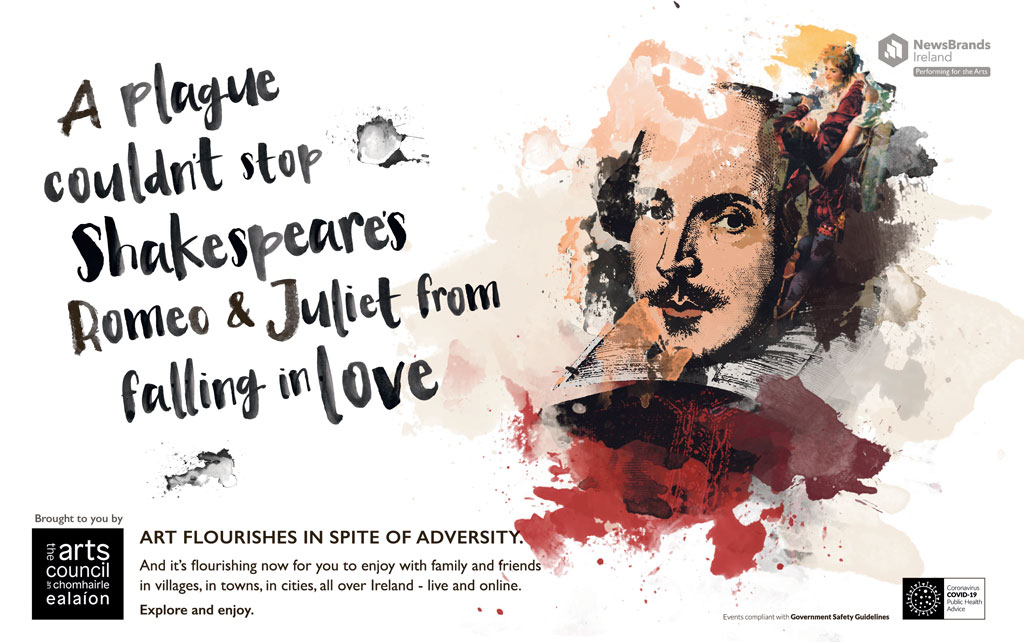 A new campaign for the Arts Council in partnership with NewsBrands Ireland
has gone live in national newspapers and online this month before a full
launch in August.

Created by the Dublin-based agency Boom, the campaign is designed to
encourage a re-engagement with the arts as we emerge from the pandemic.
Audience engagement, media direction and return on investment were managed
by former Omnicom MD Dave Harland. 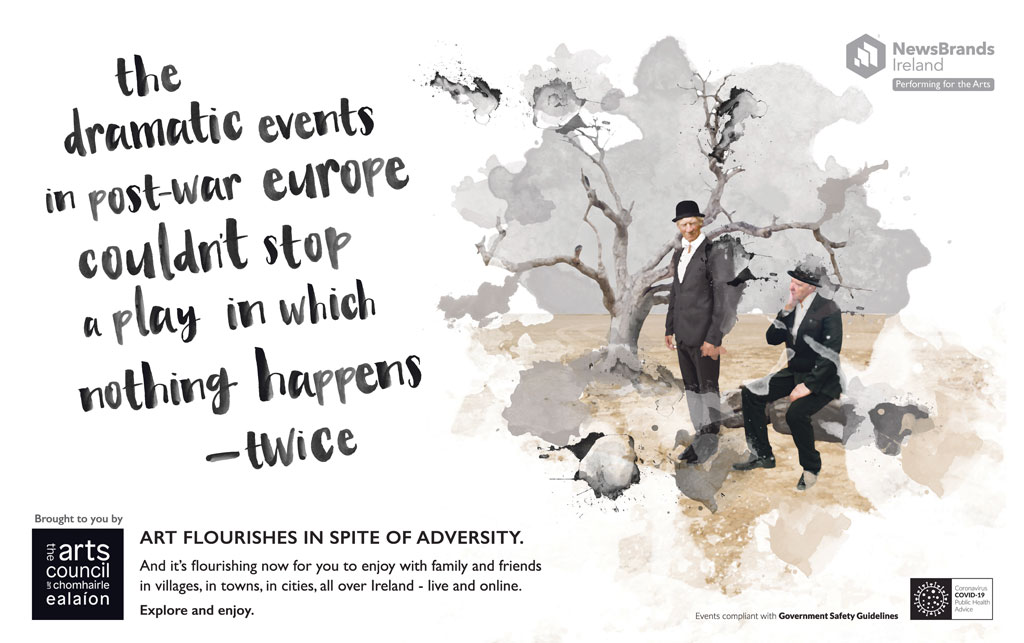 “The arts sector has had a tough pandemic with most venues shuttered, live performances cancelled and many performers out of work. The live, in-person experience is at the heart of what many of arts organisations offer so this virus was particularly cruel in that respect,” says Maureen Kennelly, Director of the Arts Council. “But now that the vaccination programme is rolling out and activity in the arts world is set to reignite, we want to encourage a re-engagement with the many arts lovers and fans around the country. We wanted to use this campaign to boost the promotional activities of our many partner organisations and artists. This partnership with NewsBrands Ireland was the ideal opportunity.” 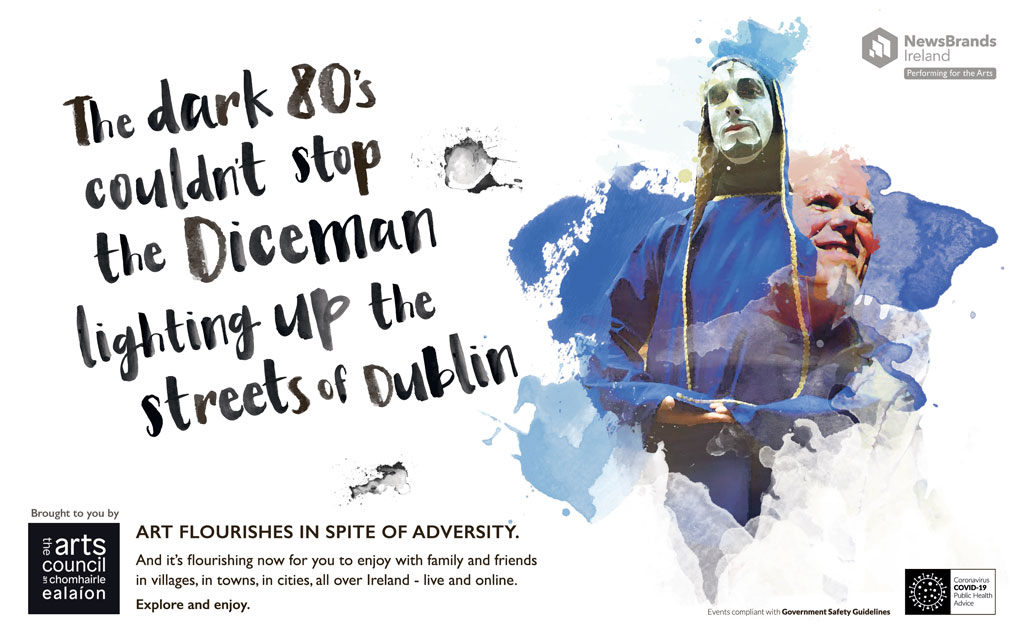 “The artistic spirit and the fact that it often flourishes in spite of adversity was what inspired this campaign” says David Quinn, managing partner of Bloom. “The campaign draws on examples of artists from the past who created great works in spite of or as a reaction to adversity. For example, Shakespeare’s theatre was shut on several occasions due to the plague. We are now emerging from a time of adversity so hopefully we are in for a great flourishing of the arts. That’s something to look forward to.”