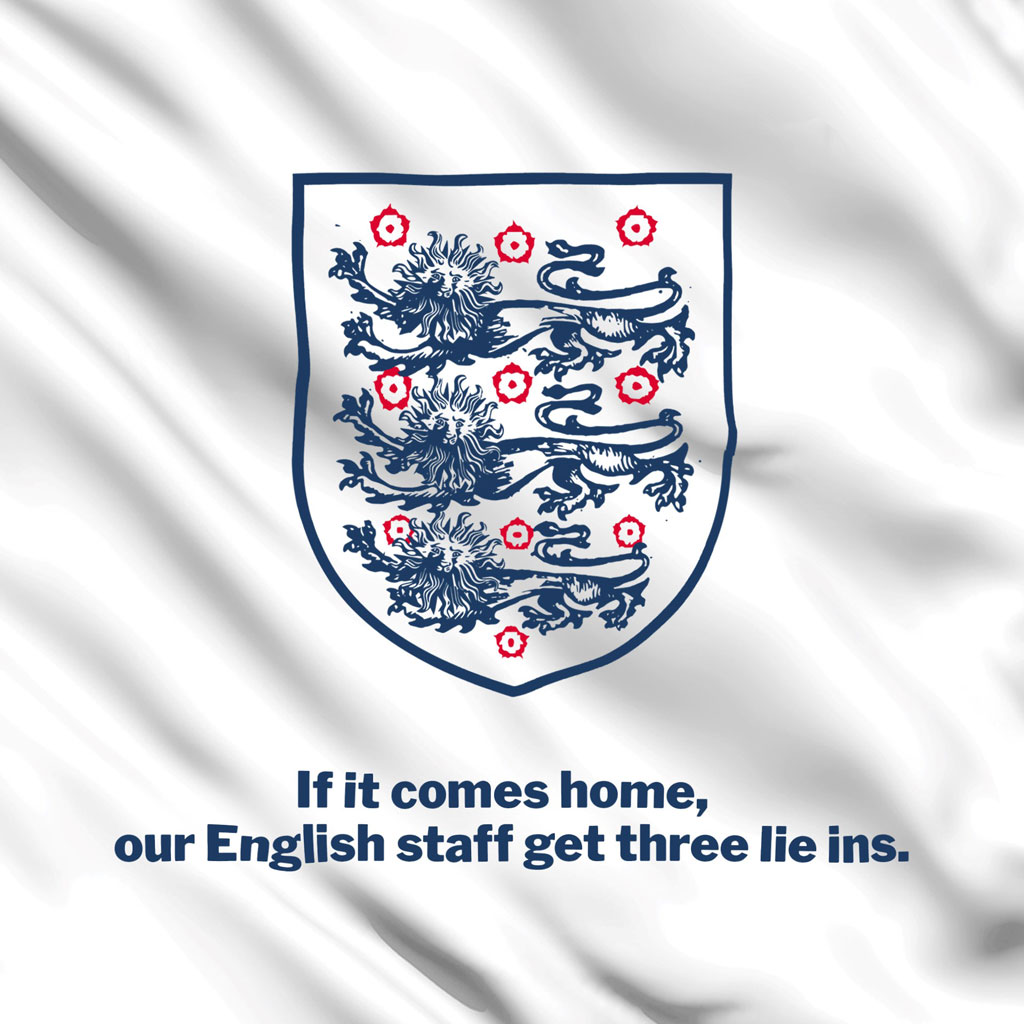 With the countdown to Sunday’s Euro2020 final well underway, Publicis Dublin is offering its English employees three lie-ins of the so-called Three Lions beat Italy in the final.

As a sign of solidarity with its English staff, those who have English partners or who can prove they have English grandparents, Publicis Dublin has even gone as far as redesigning the English crest by swapping the agency group’s  own iconic lions with those used by England while an out-of-office email template has been created for anyone who is availing of the lie-in. Assuming they win, of course.

According to Ronan Nulty, executive creative director: “Despite the shadow of Brexit, Ireland’s ties with our closest neighbours remain very strong and, in fact, the spine of this English team has a green hue (Kane, Grealish and Rice are the grandchildren of Irishmen and women). It could be claimed that our offer has an ulterior motive; that with our English colleagues out of the office, the rest of us avoid hours of hearing about football being home. But that’s not true. Seriously.”