Boys+Girls have launched a compelling campaign in support of the LGBTI+ community with BeLonG To Youth Services, which calls for an end to the violence and a safer future – that’s hopefully somewhere over the rainbow.

1 in 5 people who identify as LGBTI+ have been physically attacked because of their sexuality. Boys+Girls created a powerful press ad and impactful 60” radio spot to draw attention to this shocking statistic, entitled ‘Rainbow Blood’.

The emotive print was shot by the world class team of Alex Telfer and retouched by Christophe Huet. The image captures the raw vulnerability of a young gay man who has been physically assaulted, as rainbow blood streams down his face. 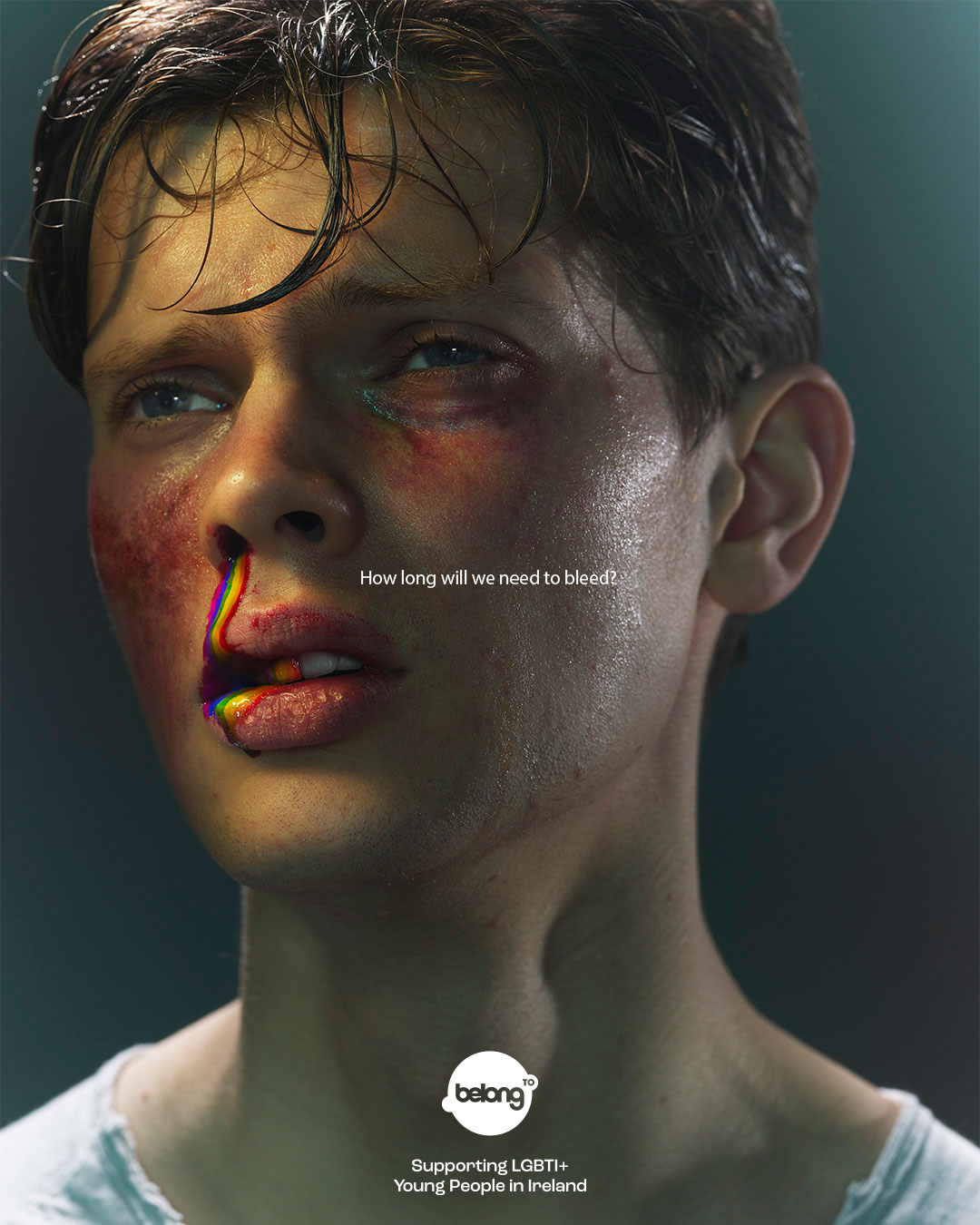 Paired with this powerful image is an equally powerful piece of radio, composed and performed by the incredible spoken word poet FeliSpeaks. In partnership with IBI and RTE, the radio performance which was played nationwide today, Friday June 25 at 11.59am, across local and independent stations.

According to Laurence O Byrne, Creative Director at Boys+Girls:”This campaign has been a privilege for Boys + Girls to work on in partnership with BeLonG To Youth Services. Both press and radio ad concepts highlight the fear and violence that members of the LGBTI+ community continue to face every single day.’’