The Public House has launched a new campaign for the children’s charity Barnardos which highlights the many challenges vulnerable children had to face during lockdown.

The campaign stands out by visualising the feeling that everything is cracking and the effect that has on the mental health of the family unit as a whole.

According to Barnardos director of fundraising, Mary Gamble: “This campaign shows that some families are at breaking point due to the prolonged impact of the pandemic. Barnardos is here to help families across Ireland who are struggling to cope, but to do so we need support from the public.”

Dillon McKenna, creative director, The Public House, adds: “The lockdowns we’ve just gone through have brought us together, in a way. We wanted to capture that sense of empathy in this film. If I’ve been affected by these lockdowns, how have children in more vulnerable families coped? We were very lucky to have Pixel Melbourne on board as it was shot during our lockdown, when Australia was clear to work. We were kindly given permission to use one of our favourite tracks, ‘The Front’ by Conor Walsh as a score.”

The Public House worked closely with Pixel, Melbourne to create a stunning piece of film that highlights the struggles of the pandemic through the use of cracks appearing. The film was shot on a Phantom Camera, with director John Gavin going as far as laser cutting a kitchen table and crockery to achieve an in-camera look. 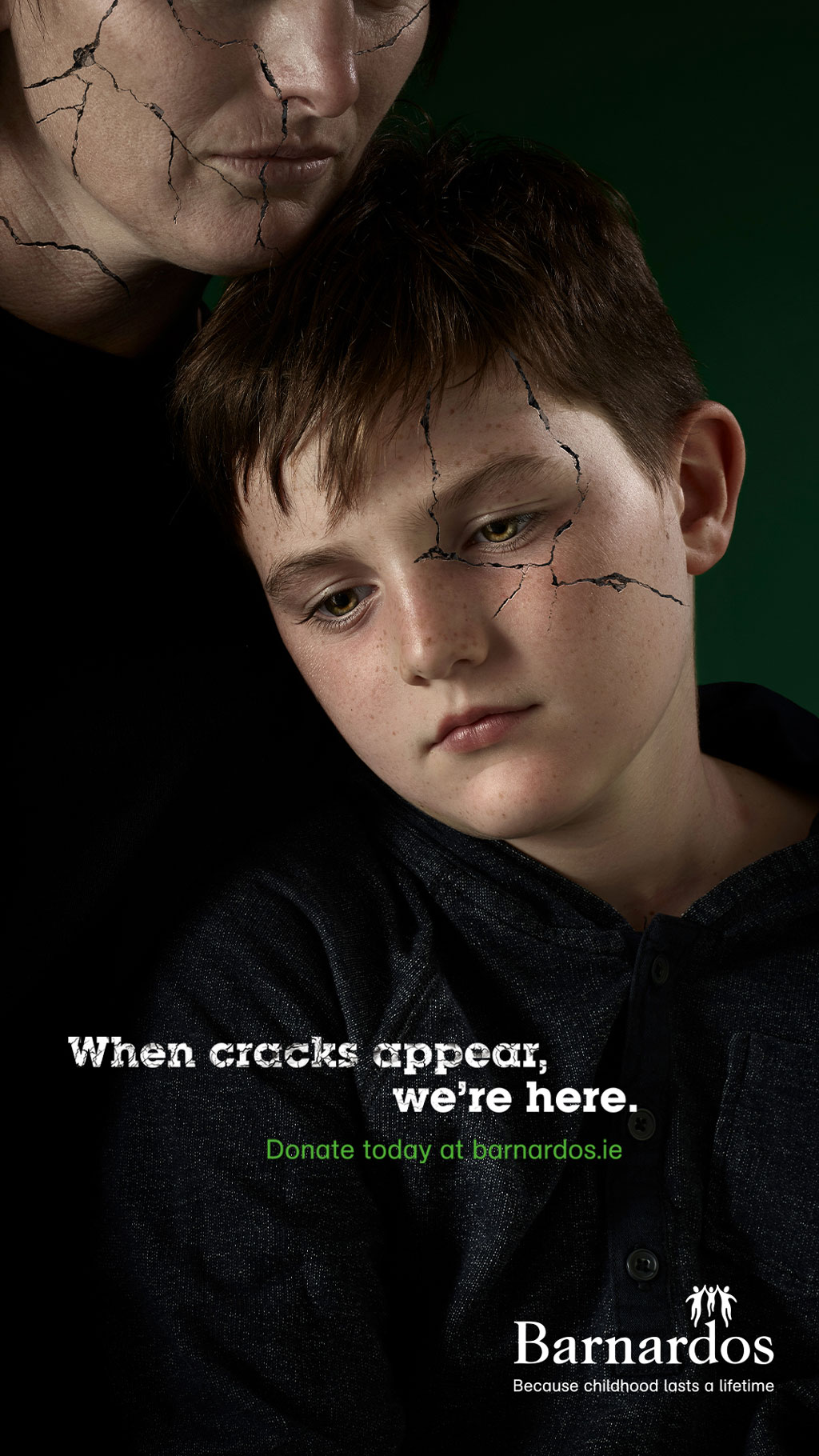