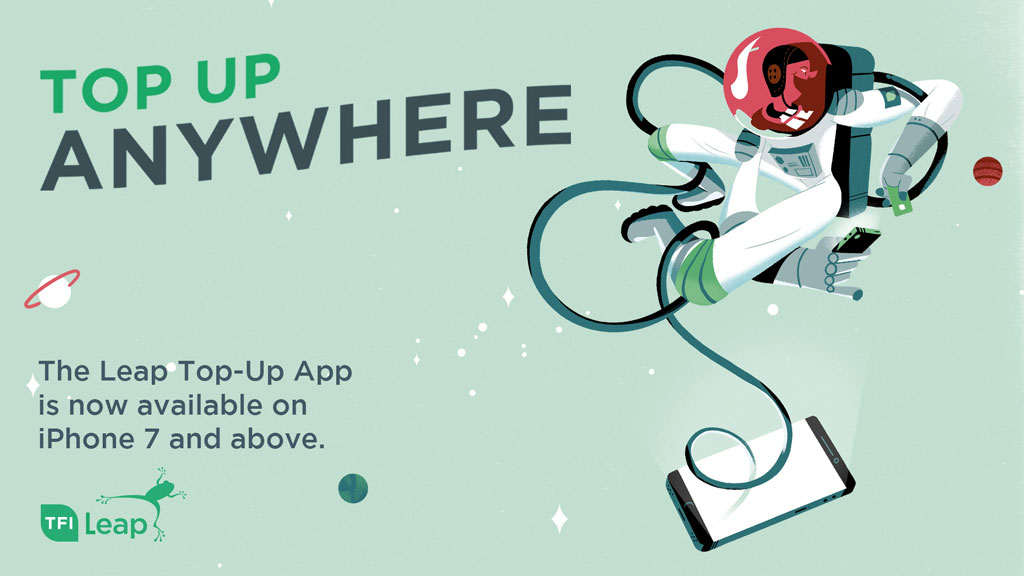 Transport for Ireland have launched their Leap Top-Up App on iOS. The App will now be available to iPhone.

The playful campaign, created by TBWA\Dublin, celebrates the fact that iPhone users will now be able to top-up their TFI Leap Card anywhere (well, almost anywhere).

The visuals use hyperbolic scenarios to depict the freedom that the Leap Top-Up App brings, giving users the ability to top-up and check their TFI Leap Card balance, wherever and whenever they want. An astronaut gleefully tops up while floating around in space, circus performers top-up whilst dangling from a trapeze and a thrill-seeker defies gravity by topping up while hanging up-side down in a rollercoaster car. 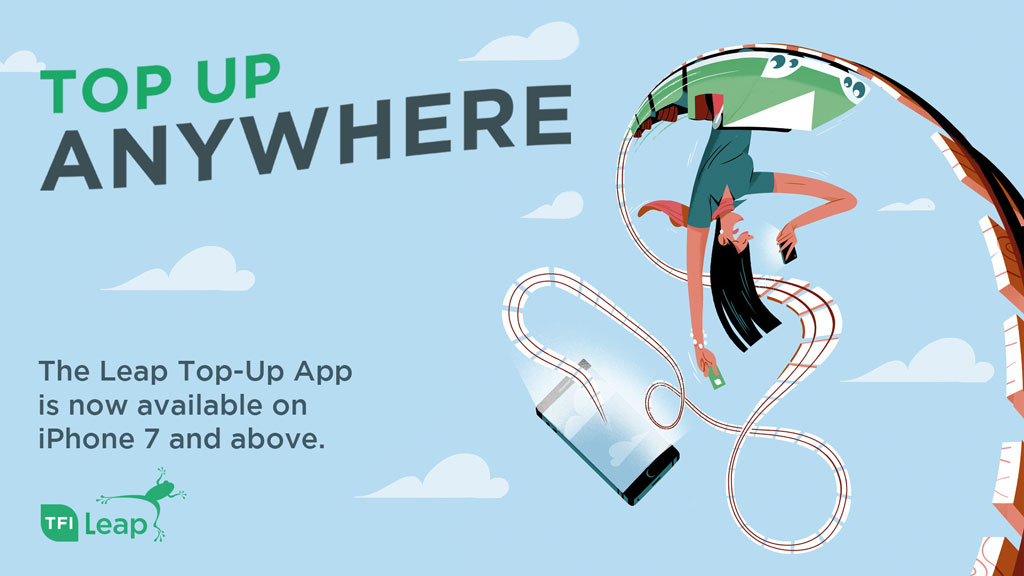 The radio ad, with VO from Kevin McGahern, features sound effects to paint a picture of the many situations in which the App can be used.

Creative Directors at TBWA\Dublin, Clayton Homer and Dillon Elliott, said: “Our campaign is fun, vibrant and does a great of job of letting everyone know that the Leap Top-Up App is now available on IOS. So next time you’re upside down on a roller coaster and worried about getting home – you can simply use your app to top up (side down).”

Martina Martinez , Senior Marketing Officer at National Transport Authority added: “Being able to bring the Leap Top-Up App to IOS users is a huge milestone for the NTA, as we look to make travel across the TFI public transport network more accessible, affordable and safer. Once again it’s been great to collaborate with the TBWA team to create a fun and engaging campaign to de-liver the news of the app being available to public transport users in Ireland”. 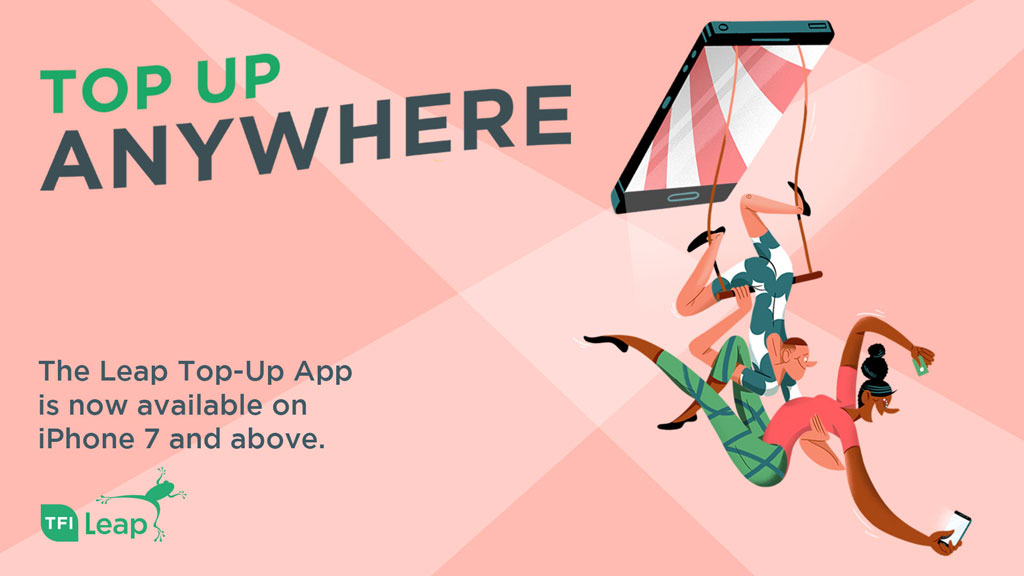 The campaign will run across social, digital, OOH and radio.