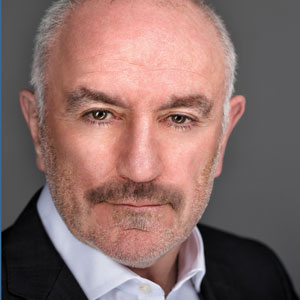 When it comes to pitching for new business, an agency’s likability, or simpatico, is a factor which should never be underestimated, writes Gary Brown.

The great bugbear of agency life is the topsy turvy roller coast that is the infamous “pitch.”

Pitching is part and parcel of the agency lifecycle, it can and very often does decide the fate and fortunes of advertising agencies . If an agency is good at winning pitches, it tends to guarantee the success and longevity of the agency and its business.

However, keep losing pitches over a sustained period of time and it tends to sound the death knell of that business.

So, it is very important that an agency excels or at best has a good strike rate at winning pitches. An agency that is consistently losing pitches is heading for trouble and the management of that business seriously need to look at themselves and how they operate, for in the agency business if you cannot convince new clients to give you business you are in trouble.

New business is the lifeblood of agencies and their long term survival. New business wins for an agency are exhilarating and exciting and they can rejuvenate and sustain creativity, morale, staff retention and of course growth and profitability. The bigger the win the bigger the excitement and buzz it generates.

Losing Becomes a Habit
In all my experience in agency life there is nothing quite like the absolute high and satisfaction as well as sense of achievement an agency can get from winning a big new business pitch.

As well as the immediate effect on the winning agency new business wins tend to act like a precursor for future successes. In other words, it can put the agency on a roll, win one and you tend to win another and another. Winning becomes a habit. So too does losing.

Pitching is an extremely expensive cost centre for agencies, so if a pitch is lost so is the time cost and money that goes into it, not to mention the morale downer and post pitch depression that follows on.

A Fickle Business
So, winning pitches and making new business wins a priority is vital for agencies if they want to survive over the medium and long term. Agency business is quite fickle and the average time an account stays with an agency is between three and five years, with most agencies over the moon if they can hold onto an account for over three to four years.

Agency accounts are constantly moving as marketing directors move around changing agencies for their favourites as they move This means an agency needs a constant pipeline for new business and new pitches.

The CEO’s Role
Agencies really need to develop a very focussed and robust new business and pitch strategy. The person who needs to drive this relentlessly is the agency CEO, after all they are responsible for the success and failure of the agency which in turn is very dependent on the agency’s success or failure at pitches.

The approach an agency takes to pitches has to be formed and determined by the agency leader. That does not mean that the CEO has to lead and present at every pitch, but it does mean they have to take responsibilty and ownership of it, indeed in some cases it might be better if the CEO is not leading or presenting the pitch, but it very much depends on the personalities involved on both sides.

Pitches are evaluated in so many diverse and numerous ways so as to make the process a potential minefield for agencies. Procurement is heavily involved now, especially in big pitches so this adds another layer of mystery to an already complicated conundrum. That being said, I am fully convinced that a large advertising account was never given to an agency because it was the cheapest; I just don’t buy that at all.

The Agency’s Likeability
Creativity and strategy are important in pitches of course but they are often evaluated by agencies way beyond their actual real value, especially in the latter stages of a pitch. In my experienced opinion and in the opinion of several pitch doctors, I believe that the most important factors in clients choosing agencies in pitches are the “likeability” and “personality”of the agency and the teamwork and compatibility of the people involved in that pitch.

This has been expressed to me many times by clients after a pitch decision. Common feedback includes “we picked X agency because we liked them straight away and thought we could work well with them.” Or, “ we just liked them, we liked their personality and the way they performed as a team together.” Or worse, “ we liked their ideas but didn’t really hit it off with the people involved, there was no spark.”

Simpático
You see when it all comes down to it, we all tend to buy from people we like. So, the “simpático” aspect of the relationship between agency and client during a pitch is key. In other words, agencies- especially agency heads- need to work on making themselves and their agency likeable and personable in order to win over clients at pitches. If a client feels they like the people involved in the agency, they then feel they can work better with them in order to create great work.

This is in no way to diminish the role of creativity and strategy, however most of the good agencies tend to be pretty good at these disciplines anyway. In a big pitch creativity and planning skills are the basic table stakes to get to the pitch in the first place, so at the crucial decision-making time it mostly comes down to likeability, amiability and compatibility of the agency team with the client, that’s what wins pitches especially big ones with long term prospects at stake.

Gary Brown is former founder and chairman of Target Mc Connells and a former chairman and director of Folk Wunderman Thompson.