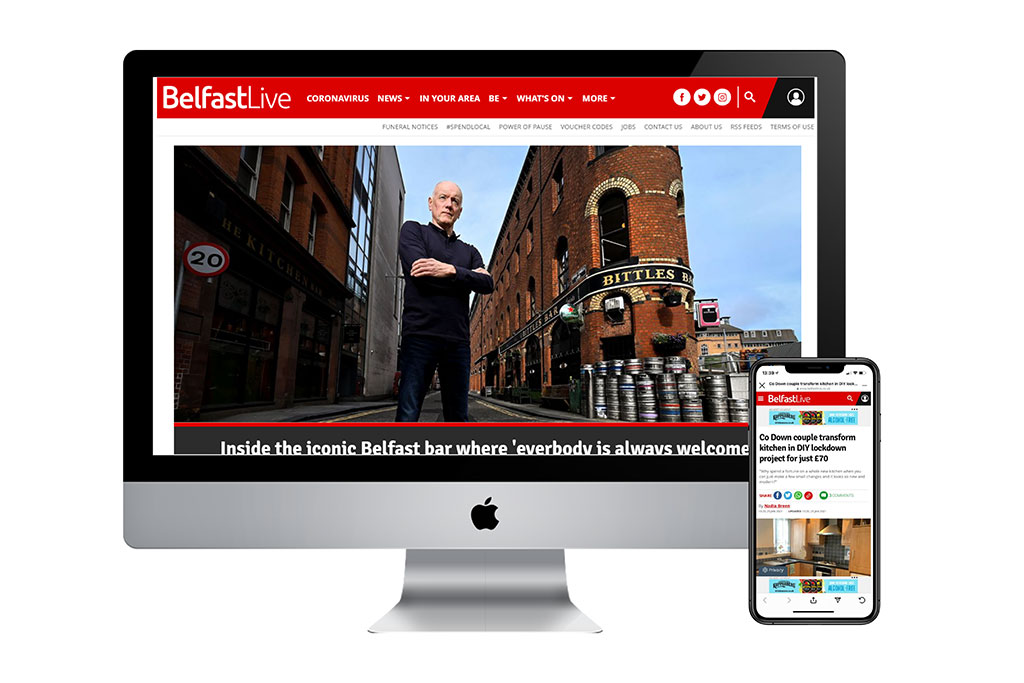 The website was the only Northern Ireland-based news brand shortlisted in this year’s awards which rewards “original, clever and thought-provoking work across the best platforms in the UK.”

The commercial team at Reach NI was also highly commended in the Commercial Campaign of the Year category for its work with Electric Ireland on the ‘Power of Pause’ campaign which was nominated alongside work by Channel 4, LADbible Group and Evening Standard.

According to Ryan Smith, editor of Belfast Live: “This is a very proud moment for us and it’s brilliant to be recognised among major titles across the UK.  More people than ever are choosing Belfast Live for their news, with the latest Comscore figures showing that it remains Northern Ireland’s most read commercial news website. We’re nothing without our readers, so a big thanks to them for continually choosing us.”

Mark Whyte, brand partnership director at Reach adds: “Power of Pause was an honour to work on and be part of and to see it highly commended in these awards makes it all the more rewarding. The mental health crisis in NI is well documented and given the year that 2020 turned out to be, helping to normalise conversation around mental health issues and provide wellbeing signposts was the core purpose of this campaign.  I’d like to pay testament to our partners in Power of Pause, Electric Ireland, whose passion for making a difference in our communities is unwavering.”

Anne Smyth, who is Sponsorship Specialist at Electric Ireland added: “As a brand Electric Ireland cares deeply about issues that impact our customers and local communities in Northern Ireland and our hope when we started to work on Power of Pause with the Belfast Live team was that we would be able to create content that would inform and support people throughout Northern Ireland in the most difficult of times. We are delighted to be recognised for the work involved in Power of Pause and proud of this partnership,” adds Anne Smyth, sponsorship specialist, Electric Ireland.