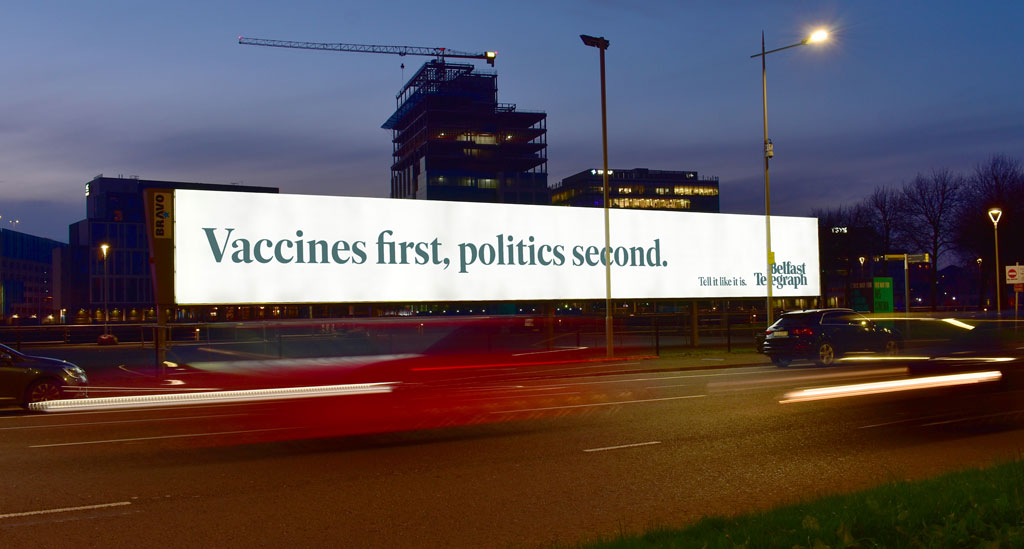 The Public House put a stop to political point scoring with new campaign for Belfast Telegraph, which is owned by INM and soon to be renamed Mediahuis.

The independent creative agency launched a pointed campaign for the newspaper based around Belfast’s SSE vaccination centre, reinforcing that the Belfast Telegraph is the newsbrand that ‘tell it like it is’.

Launching last weekend, the campaign for the Belfast Telegraph includes the biggest backlit outdoor site in Ireland, a 192 sheet billboard positioned outside the centre, making this message unmissable for the thousands visiting the centre each day. To add to this, dynamic digital Adshels pull in information on vaccination numbers, refreshing daily, with a pointed take on ‘political sighs of relief’. 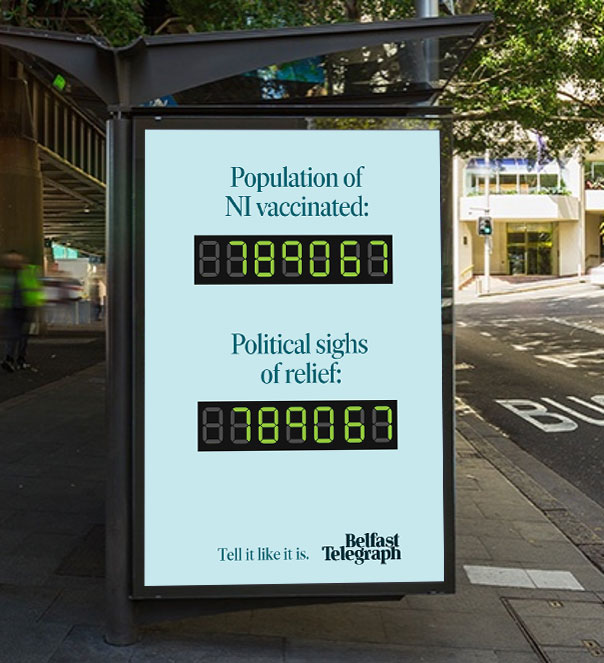 According to Lucy Dougan, marketing manager, Belfast Telegraph: “At this critical time in the fight against Covid 19, we wanted to start a conversation with the people of Northern Ireland and make a bold statement that fitted with our positioning of ‘telling it like it is’. The campaign we built with The Public House is absolutely unmissable”.

Colin Hart, Creative Director, The Public House, added: “The Belfast Telegraph has a significant history in challenging the Northern Irish to debate. This idea builds on that, creating topical conversation. We have an ‘overwhelming’ amount of Northern Irish people at The Public House and we are delighted that we can be a part of the Bel Tel’s journey of ‘Telling it like it is’”.

The media buying for the campaign is being managed by Ardmore.