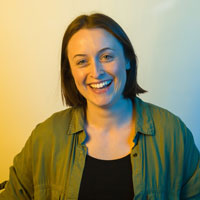 After a year working from home, The Public House’s Sarah Walsh reflects on what we may have lost when we killed the 9 to 5.

There’s a lot being said at the moment about what our work lives will be like when we “go back to normal”. The main narrative is focused around flexible working and how this will become the norm now that we’ve all experienced the most extreme version of it.

Naturally enough, this is being hailed as the next era of working life, where workers won’t be tethered to the 9-5 but instead will be free to choose the hours that suit them best, working early or late or splitting the day into parts. There’s obvious benefits to this increased freedom for workers, but as you might have guessed by the title I’m not here to talk about those.

I’ve learned a valuable lesson over the past year, and would guess that many have come to the same conclusion. Flexible working can quite easily turn into over-working if you’re not careful. The freedom of being able to log on wherever, whenever can lead to a loss of distinction between working hours and non-working hours.

There’s a few obvious pitfalls to flexible working. Firstly, while night owls and larks may work the hours they prefer, they’re also at the receiving end of a barrage of emails during their downtime, making it tough to truly switch off. Secondly, although the 9-5 may seem antiquated now, we are losing that

definitive end to the workday, the ‘shutting up shop’ moment to mark that we have collectively reached a certain quota of either work or hours. Even when we continued working past 5pm, there was a clear implication that we were “working late” which is harder to see now, especially if our workdays start before 9am.

The unfortunate truth is that sometimes we are our own worst enemies when given more freedom at work. A number of studies found that when companies offer unlimited holiday days, employees tend to take less time off than those who have capped holiday days. I think the same can be true for flexible hours – most of us end up working more hours than if we were in a Ford-esque company where we clocked in and out.

To be honest, I think we may have forgotten about the benefit of inflexible working hours. Being at the mercy of public transport that gets you into work for exactly 8.55am. Getting up from your desk at 5pm sharp to pick up the kids (or in my case, get home to feed the dog). Heading out to grab some lunch. That 15 minute taxi ride to a client meeting. These routines, although we never particularly appreciated them allowed for a clear break in the working day. A time when you physically could not work.

The importance of these daily ‘non-work’ moments is often overlooked in the pursuit of ultimate efficiency. Although it seems like a contradiction, the times when we physically cannot work actually make us more productive and creative. A famous study found that people who were left to day-dream

before completing a task were more creative in their responses than those who were given a cognitive test in advance. As Tony Schwartz points out, “human beings perform best and are most productive when they alternate between periods of intense focus and intermittent renewal.”

The challenge is that it’s really hard to truly replicate these little inflexibilities in this new flexible world of ours, although many have tried. I find myself self-sabotaging by not buying lunch so I’m forced to get outside during the day. Some companies have even gamified taking time off by asking employees to submit pictures and videos of their annual leave and asking staff to vote on who made the best use of their holidays.

Although they may seem like a stretch, perhaps ‘artificial inflexibilities’ are the only way to ensure we’re replicating those non-movable moments of switch-off time in our daily work lives. Maybe what we need is WiFi that cuts out during lunchtime. An alarm that sounds when we’ve reached a certain quota of screen time. A feature that disables back-to-back Zoom calls.

The famous philosopher Dolly Rebecca Parton once said 9 to 5 is “enough to drive you crazy if you let it”, but before we welcome this new era of flexible working, let’s remember that there’s freedom in inflexibility too.