In a relatively short period, COVID-19 has significantly impacted how we navigate our daily lives. Normal patterns halted and movements shifted.  While people may be spending more time at home, they haven’t vanished from the outdoors and are still out and about as they drop the kids to school, go shopping and engage in leisure and exercise.

As a result, brands and advertisers need to meet consumers where they are in the moment and by developing multi-channel campaigns advertisers can reach audiences in and out of home. By creating an appropriate mix of media, brands can connect with consumers at multiple times throughout the day, build trust and awareness but also strengthen engagement and memorability by reinforcing the brand message across multiple mediums.

In this week’s Now, Near, Next we continue to report on our usual mix of news and data across key OOH environments with data pointing to an uplift in retail spend. We also feature our own research on consumers’ future intentions and how utilising OOH as a complementary media can help brands make a major impact in the near and next.

National Road traffic increases by 6% in past week

Given the potential traffic impacts arising from the re-opening of schools, for the weeks commencing 31st August and 7th September, TII is providing a daily update on morning peak traffic figures. For the first three days of this week (Mon-Wed) the 10 roads monitored indicate an increase of 6% in volume in the past 7 days and +14% in the past fortnight. The map below shows weekly changes aggregated across the first three days of this week. 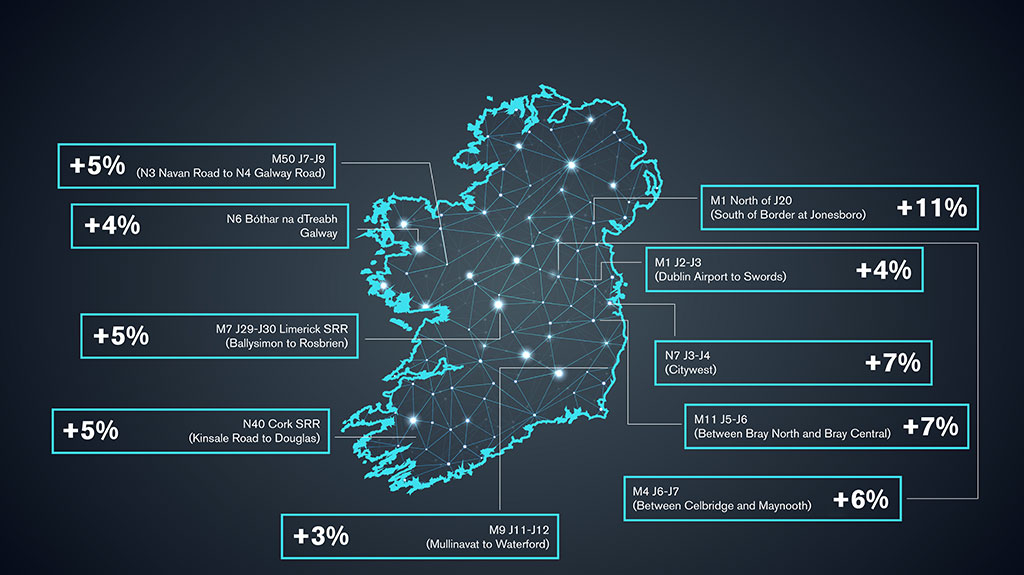 The TomTom Traffic Index provides detailed insights on live and historic road congestion levels in cities around the world. For the last two weekends in Dublin, congestion is on a par with 2019 levels. As for weekdays Tuesday’s level in Dublin at 46% is the highest recorded since early March and up from 31% the same day a fortnight earlier. 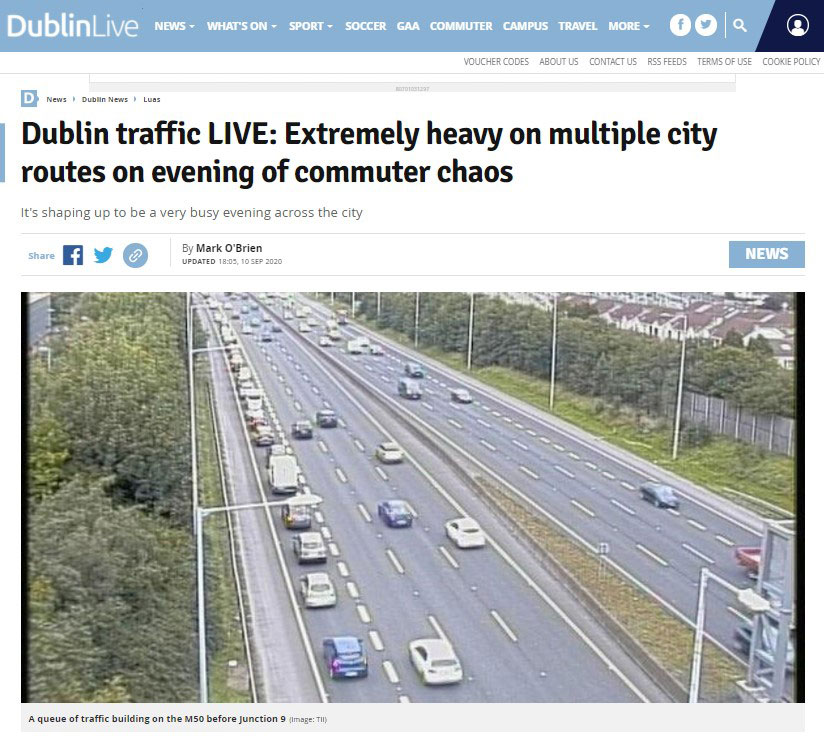 Analysis of the digital platform’s 1 million users showed significant growth in digital goods.  Digital content such as movies and apps were up 155% year on year. While digital gaming was up 140%.

Home care was another big spending category with household goods and electronics seeing increases in spend. Revolut’s data shows users spent an average of €127 on household goods and furniture, this is compared to a spend of €100 in the same period last year. Hardware and garden centre spending were up 91% and 102% respectively. This echoes reports from other financial institutions and retailer statements that we have covered in previous Now,Near,Next editions. 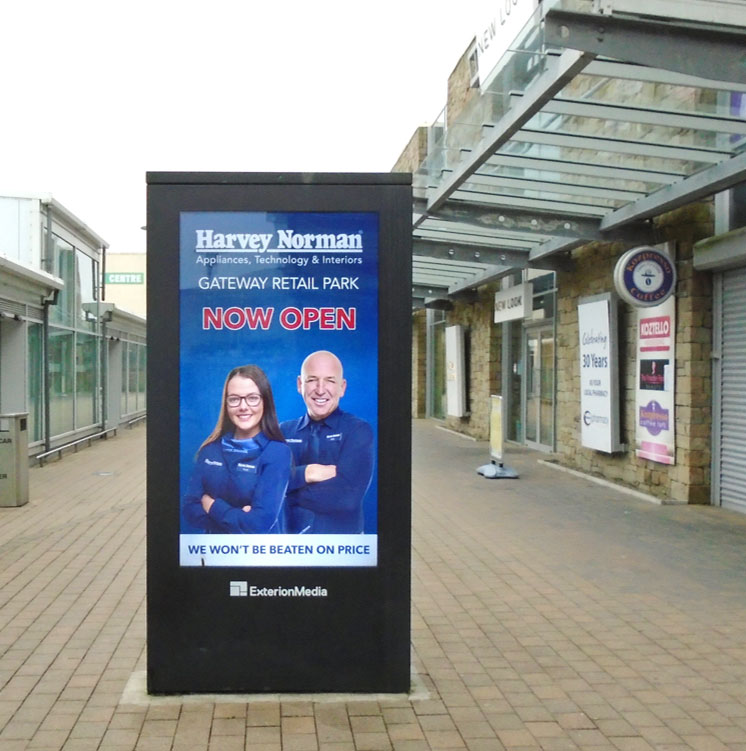 Looking at month-on-month spend, restaurant spending was up 19% compared to the month of July, while the staycation boom contributed to an increase of 37% in hotel spend over July, museums and tourist attractions grew by 29%.

Looking to leisure activities, as a nation of golf enthusiasts, spend on golf courses was up 85% this August compared to last year. As cinemas began to gradually reopen across July, spend in cinema experienced a 75% rise in August compared to July.

Specific segments of the retail sector have boomed since stores were allowed reopen during the summer. The fact consumers are still spending money and actively seeking out products and leisure activities points to some return in normalcy.

A cycling boom has contributed to a surge in bike sales, according to Halfords. The company revealed that its cycling business rocketed by 59% in the 20 weeks up to August 21st .

There was also a jump in demand for e-scooters and electric bikes which reported a whopping 230% sales jump for the period. Halfords attributed the rise to a larger cycling market after people were told to avoid public transport and a positive impact from the staycation trend.

With more people travelling by bike and scooter, exposure to OOH is intensified among this growing cycling market. 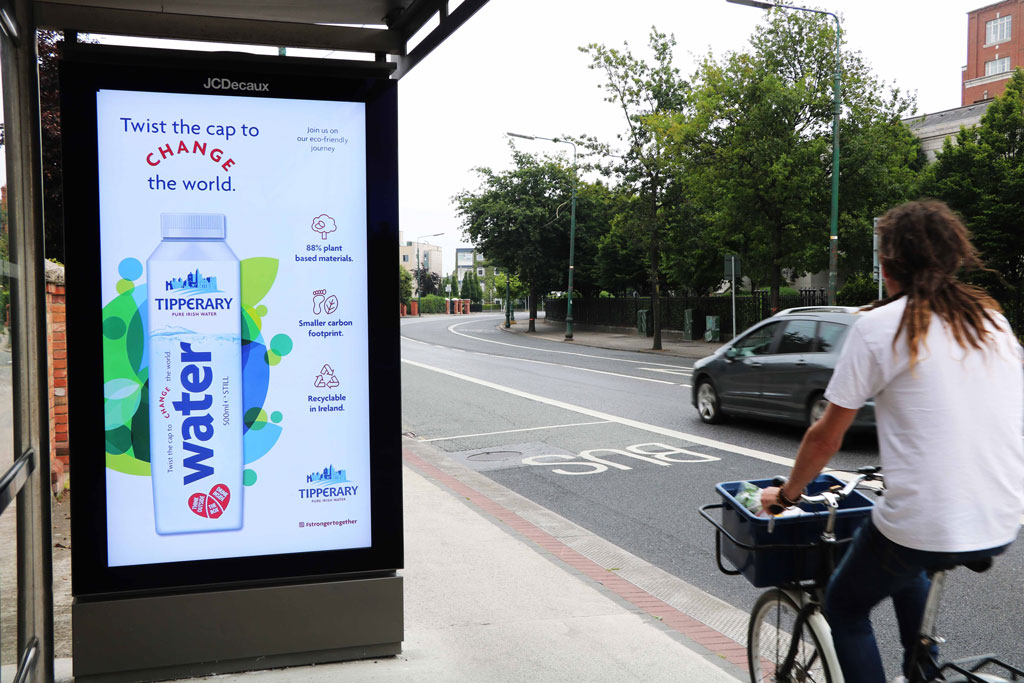 Research body, myinsightsontime has released findings from a recent survey that evaluates the thoughts of parents on special offers when it comes to food shopping.

Feedback among parents was that they appreciate information on special offers and things that can help them save money. Nearly half of the respondents said they deliberately look for the best deals during their shopping trip to their preferred supermarket.

28% stated they prefer loyalty rewards or money off vouchers while over a quarter of parents surveyed said they purchase products on special when they are offered e.g. 3 for 2.

4% said they check where deals are going to be and go to that supermarket.

As detailed in other editions of this series, consumers are actively seeking the best value from retailers and brands. By advertising offers, including price pointing and ensuring promotions are highly visible, advertisers can create consideration and cut through. 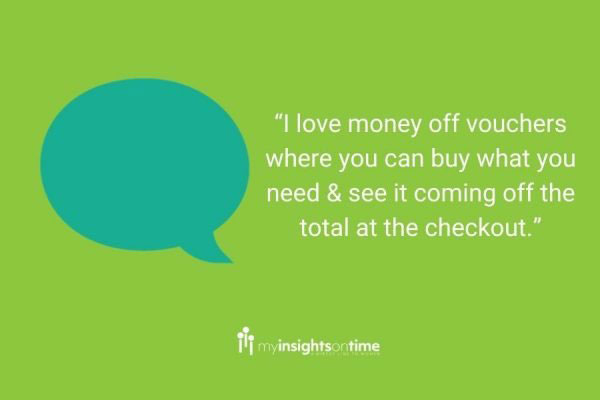 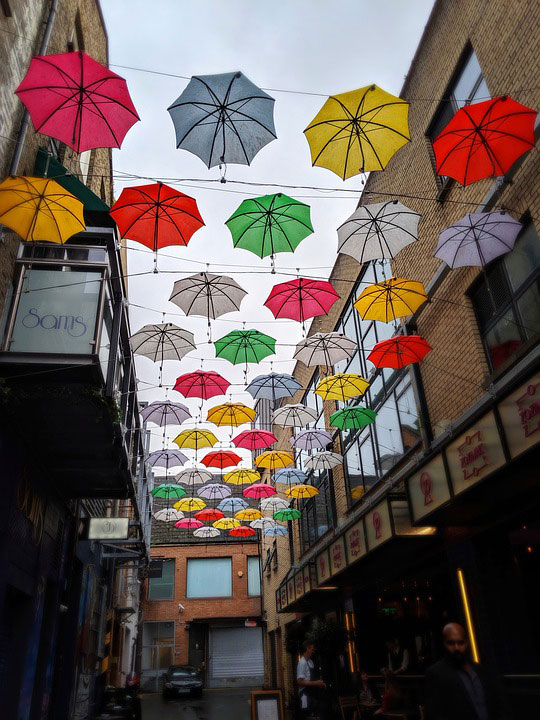 Last week, the government launched a new initiative to help drive sales in the hospitality sector in the off-season.

The new Stay and Spend scheme will operate from autumn of this year to spring of next year and includes the Christmas period. The Stay and Spend provides a tax refund of up to €125 to people who spend in restaurants, cafés, pubs, hotels, B&Bs, and other tourism accommodation between October 1st and April 30th 2021.

The scheme hopes to encourage additional spending in the tourism and hospitality sector in the coming months and will be available to 2.7 million people.

Alongside the VAT reduction recently introduced, these types of schemes will entice customers to visit hospitality venues in greater numbers.

Looking to our closest neighbour, the UK adopted a similar scheme called Eat Out to Help Out which has proven successful in encouraging consumers to visit restaurants, cafés and bars.  The British Treasury revealed that diners used it more than 64 million times in its first three weeks – equivalent to nearly every person in the country dining out.

Pints… and no substantial meal

In one of the last reopening’s in the COVID-19 restrictions, pubs in Ireland have been given the green light to re-open from 21st September.

NPHET has advised on some guidelines for pubs with a ban on music and dancing while also recommending that TV volume is turned down. Time limits are not necessary if social distancing of 2m can be maintained.

According to Drinks Industry Group of Ireland (DIGI), over half of pubs have temporarily or permanently closed. The DIGI report revealed almost six in ten people (59%) visited their local pub at least once a month before the pandemic. 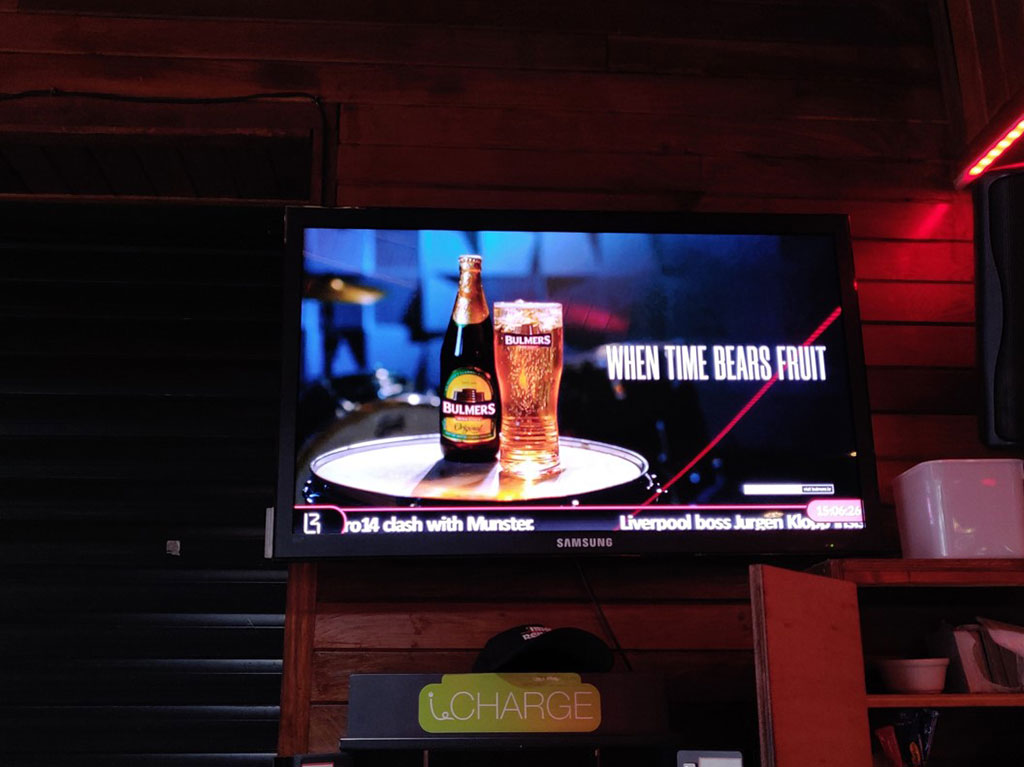 As part of our Now, Near, Next thought leadership series, we have continually carried out bespoke research to investigate the views and opinions of the Dublin population to help our clients gain insight into consumers, at a time when consumer behaviour and habits have shifted dramatically and beyond anything we’ve seen before.

Overall, a moderate proportion of the Dublin population state they will be watching more TV and using social more in the next 6 months.

This presents an opportunity for brands to create truly integrated and cross channel campaigns to get noticed.

By selecting the most appropriate and complementary media mix, advertisers can develop more effective advertising strategies and build a more connected consumer journey.  OOH is an extremely complementary media that can amplify messaging and content through a strong synergy with all media and is a natural fit in the media mix.

Out of Home typically targets a younger demographic than traditional media and offers brands a link between online and offline. OOH can be tightly integrated into digital strategies, research from Nielsen concluded that OOH advertising is the most effective offline medium in driving online activity. It shows that online activations, including search and social media, that is actively generated by OOH, indexes at about four times the expected rate relative to its adspend.

TV and OOH work effectively together to increase brand awareness, create advertising cut through and build coverage and frequency at a quicker pace. OOH reinforces television messages when viewers are away from their homes, extending exposure and driving effectiveness.

As people are exposed to a broad range of mediums each day, mixing digital and traditional platforms with OOH can help ensure that campaign objectives are met.

With 2021 in sight, we have published our cycle calendar for the coming year. The Out of Home medium typically runs as a two-week cycle and there are 26 cycles in the year.

As attention begins to turn to next year’s planning, the cycle calendar contains each cycle period. Cycle 1 for 2021 begins on the 28th December and runs until 10th January.

You can find the cycle calendar hosted on our website throughout the year. 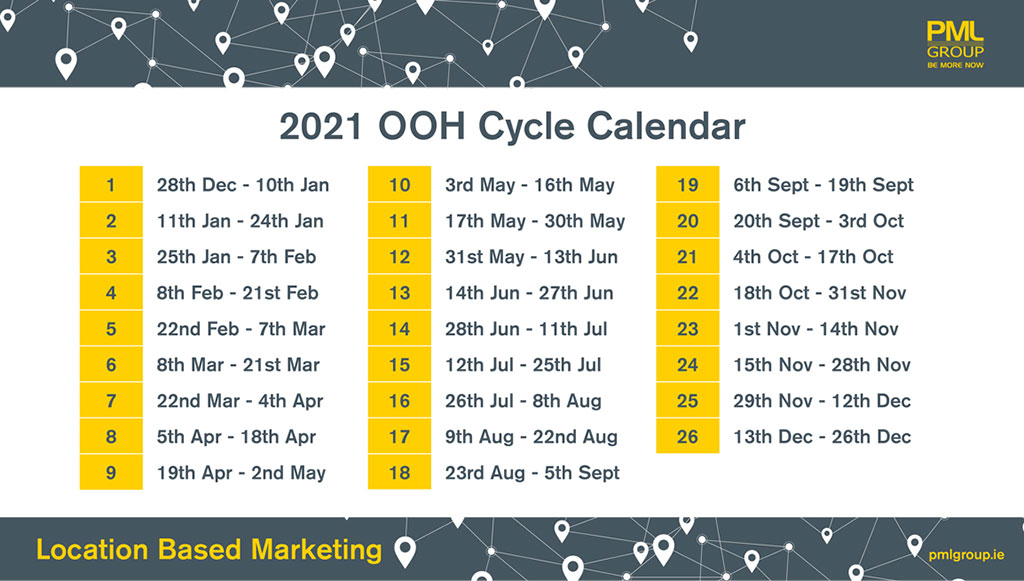