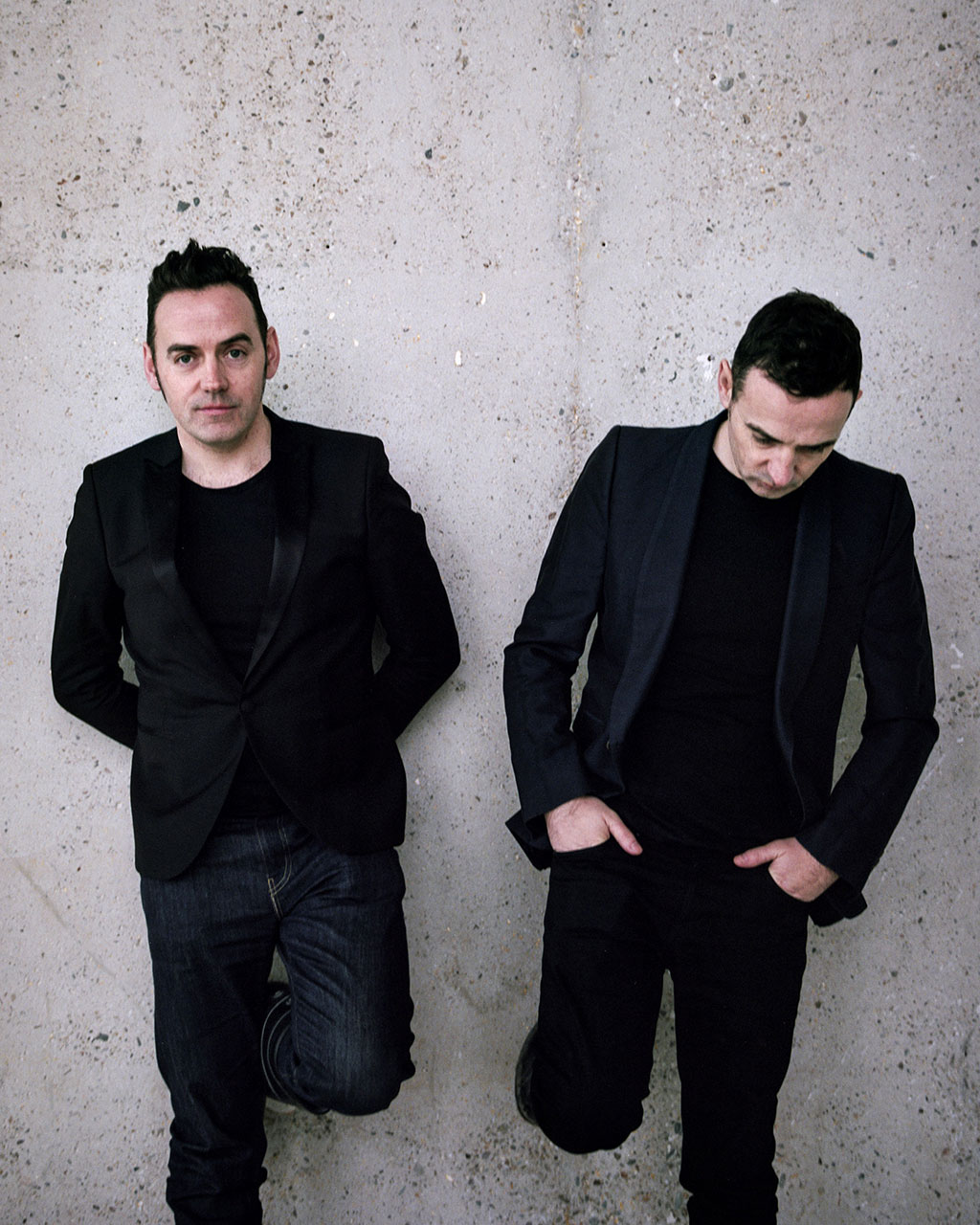 Continuing our series of articles in association with ICAD, Declan and Garech Stone of the Amsterdam-based The Stone Twins argue that for society to progress, we need to get over the fear of  social distancing.

We’re now living in the ‘1.5 meter world’. It’s part of our daily lexicon ‘de anderhalvemetersamenleving’. The new normal, or abnormal. But, where does this measurement come from? What’s the science behind this ‘social distancing’ measure that was introduced to stop the spread of COVID-19? Why is this number dictating a new society?

Bizarrely, there is a wide variety of recommendations in different countries. Here in the Netherlands, it is 1.5 meter. Yet, the World Health Organisation recommends the length of a selfie-stick (one meter), while the UK and Ireland suggest the length of a bath tub (two meters). But, why the disparity? Are the Irish and Brits fatter? Do they sweat more? Perhaps the viral droplets of Dutch coughs and sneezes are less deadly? It’s ludicrous.

Furthermore, as the UK remains attached to the imperial measures, ‘six-foot’ distancing is also recommended. But, this is only 1.8 meter. It’s all very contradictory and contrary. And without any real evidence, these rules seem arbitrary. The kind determined by the gleeful sadists who zig-zag stanchions in airports or make stairs slightly bigger to slow you down. One and a half meter is a finger in the air estimate. A big fat middle finger.

Apparently, this social distancing (or more accurately called physical distancing) rule can be traced back to research in the 1930s when scientists with toothbrush moustaches established that virus-carrying droplets released by coughs or sneezes will either evaporate quickly in the air or fall to the ground. The majority of those germs, they reckoned, would land within one to two meters. But what happens if you move into the space previously taken by an infected person? and what about the potential aerodynamic effects introduced by rogue runners or crusty chaps pushing shopping trolleys? Hmmmm. According to some modern-day experts, spending two seconds one meter apart is just as dangerous as spending one minute two meters apart… And then, there’s another batch of researchers convinced that the coronavirus is not even carried in droplets. Ahemmmm. The 1.5 meter rule evaporates, just like infected droplets. 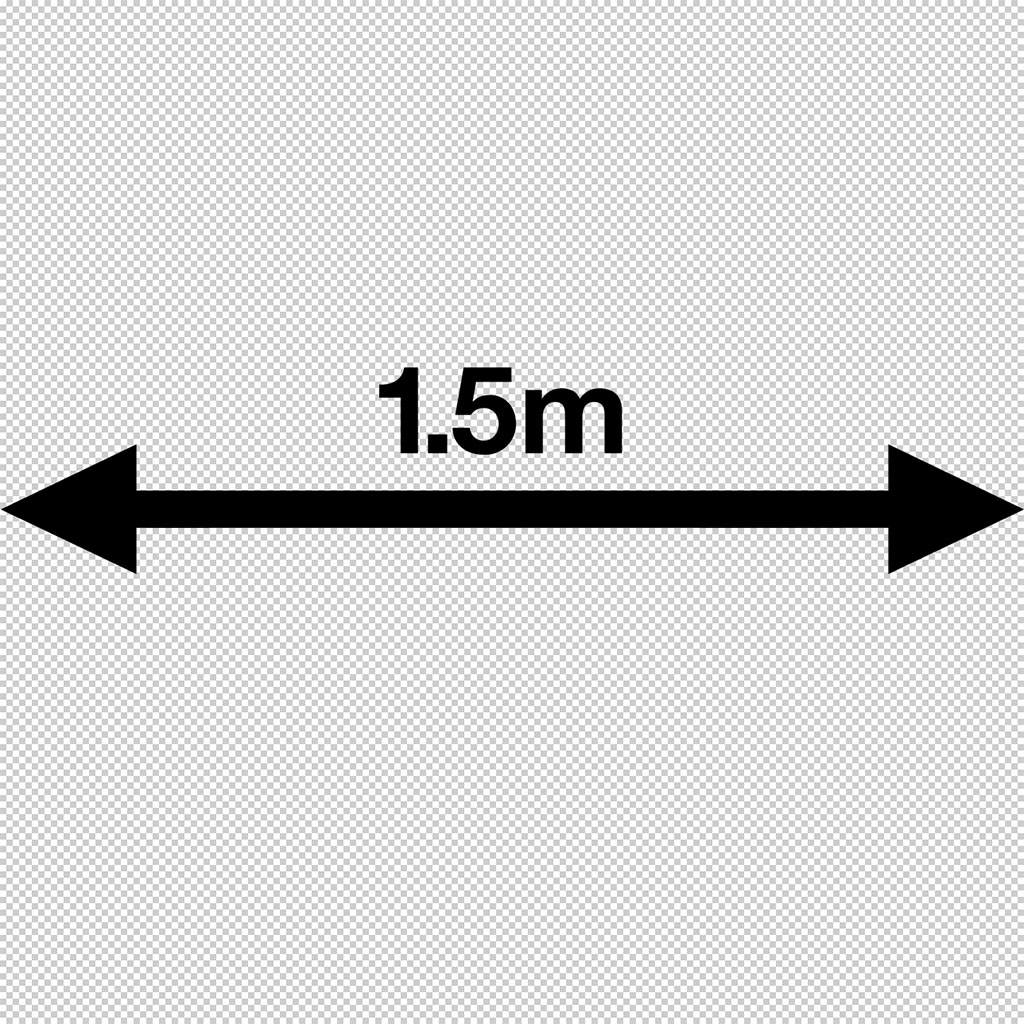 In spite of the fragile evidence, this arbitrary number is transforming society one and a half meter at a time. Danny DeVito measures 1.5 meter. But this rule is no laughing matter. My blood pressure is rising due to anger, not coronavirus.

Shops and schools (which have re-opened in the Netherlands) are now strange and alien places. Once welcoming, they are now manned by masked rubber-gloved bouncers with virus-killing spray guns. Interiors are stickered with floor-markers and arrows, and criss-crossed with black and yellow hazard tape. Even, the local church practices strict social distancing protocols, but that’s probably a good thing. Previously simple actions like buying a baguette or using an elevator are complicated, and invite weird shuffling manoeuvres between strangers. ‘Strictly’ awkward.

Way back in March, the lockdown rules were introduced in order to ‘flatten the curve’ of infections and protect ‘frontline workers’. With the fear of a COVID-19 pandemic, we all accepted these safety protocols as a temporary measure to interrupt transmission, or slow the spread, of the ‘deadly virus’. My agency even made temporary stencils on the streets of Amsterdam to create awareness. But two months on, deaths are down and hospitals are emptying – yet these temporary measures are looking permanent.

Restaurants, bars, cafés, museums and theatres (which can all reopen in the Netherlands on June 1st.) are busy re-defining their layouts and spacing in order to comply with the social distancing rules. The stark difference between a viable future and closing for good is literally measured with a tape measure. The 1.5 meter restrictions mean less tables and more plexiglass. Less customers and more bankruptcies. Of course, the elephant in the 1.5 meter room is that social distancing is here to stay. Well, until there is a vaccine.

In fact, many urban planners and architects are already focusing on devising more resilient and robust solutions. It’s worrying that instead of questioning the science, they acquiesce in the plans to keep people 1.5 meter apart. Some of the idiotic ideas for restaurants include weatherproof pods and small green houses for diners, suspended XL protective visors at tables and even ‘social-distancing hats’ with long extensions or rods. Outdoor proposals include parks marked with safe zones and public benches equipped with plexiglass shield dividers. These crazy concepts demonstrate that social distancing will continue long after the current crisis.

Restaurants are more than food. Nothing beats a restaurant or bar humming with the energy and chatter of strangers. Humans are wired through millions of years of evolution to be social creatures. Unless, you’re with Harvey Weinstein, who would want a night-out surrounded by plexiglass? Let’s stop this nonsense before we all rush like lemmings off the cliff of humanity!

This 1.5 meter rule is unproven, and offers a false idea of safety. So why is it pushing society apart, and destroying our economy, our lives, humanity?

Let’s reclaim this 1.5 meter of fear.

Garech Stone is co-founder and creative director of The Stone Twins, an Amsterdam-based brand consultancy. Together with twin brother Declan, the duo are also authors of the critically acclaimed book ‘Logo R.I.P.’ and former Department Heads at Design Academy Eindhoven. The work of The Stone Twins has won numerous international awards and been exhibited in the Stedelijk Museum and the Cooper Hewitt Museum, amongst others.

Note: For more information on ICAD visit www.icad.ie. ICAD 2020 is open for members to enter at a reduced rate of €25. The ICAD November ’20 exhibition will be created from commended entries. 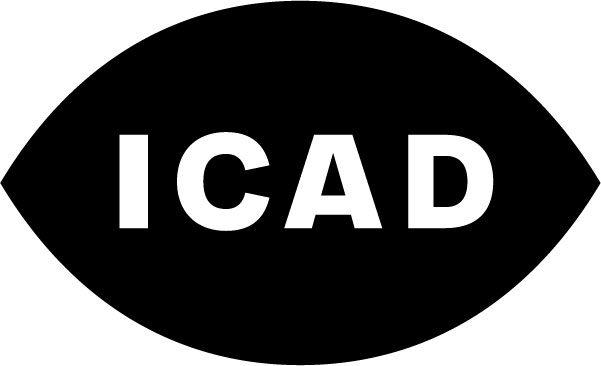