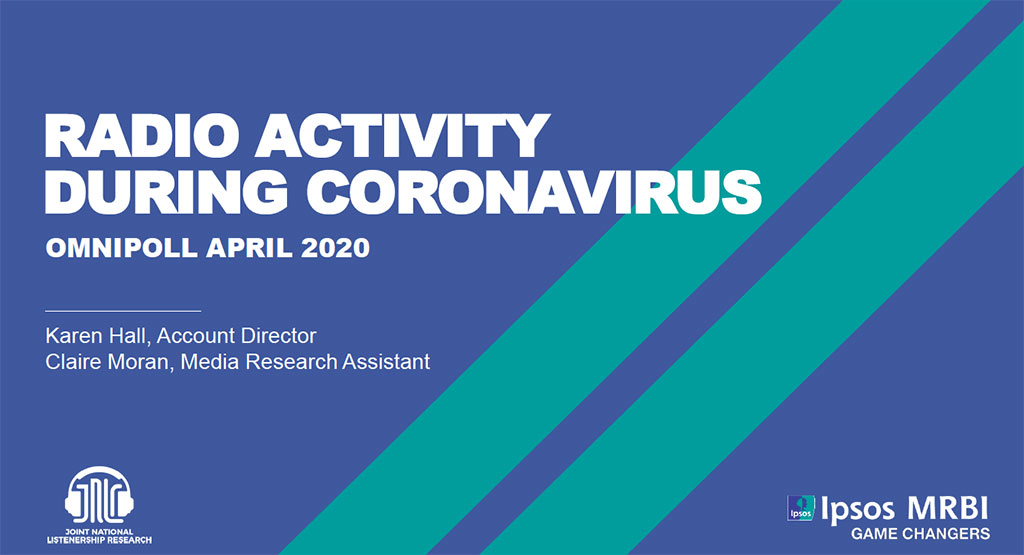 Radio has emerged as one of the most trusted media in Ireland according to a new survey conducted by IPSOS MRBI on behalf of the JNLR.

The research was conducted following the closure of schools and the restrictions on movement that were placed on the entire population due to the Coronavirus outbreak.

The survey of over 1000 among a representative sample of 15+ during the lockdown period 1st – 13th April 2020 also shows that 96% of people had listened to the radio in the last 4 weeks; almost the entire population of Ireland and 9 in 10 had listened in the last week. 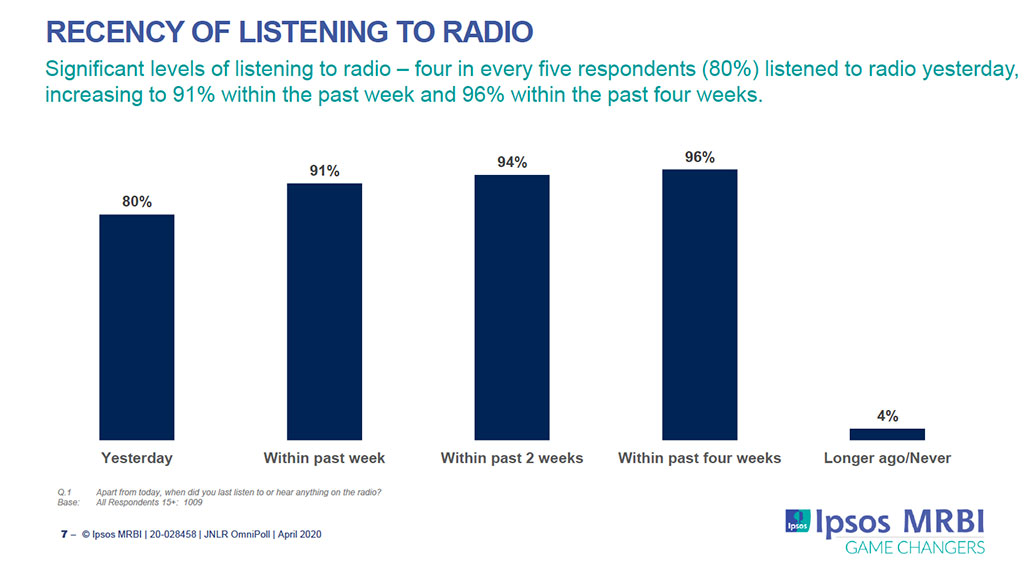 The survey also examines the changes in how radio is being consumed. With many people now working from home, in-car listening has, unsurprisingly, dropped significantly. However, the poll also found significant numbers listening at home – 72% say they spent more or the same amount of time listening to radio at home on FM or DAB.

When it came to the type of content people are listening to, 48% stated their number one reason for tuning in was to get news and information followed by music (26%).

When it came to trust in media sources, radio ranked alongside TV as a trusted source of information and news with a score of 7.9, followed by newspapers in print and online (7.0). Listeners, however, would appear to have major trust issues with Facebook (2.9), Twitter (3.4), Instagram (2.7) and WhatsApp (2.8). 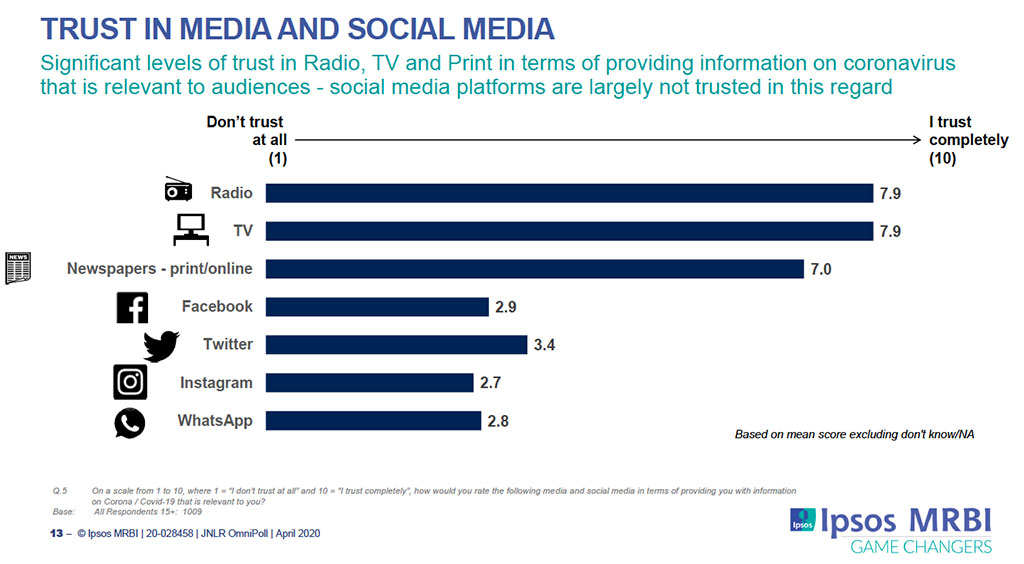 A full copy of the research can be downloaded HERE