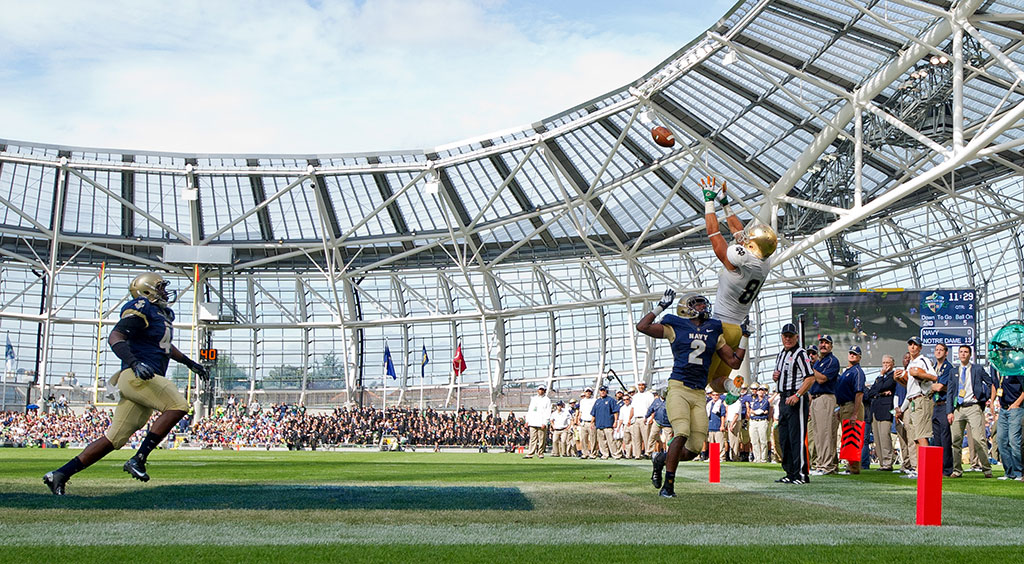 The popular sports media brand Off The Ball has announced a three-year partnership with The Aer Lingus College Football Classic and Irish American Events.

The new partnership will see Off The Ball, The Aer Lingus Football Classic and Irish American Events collaborating to grow the interest in and develop American Football in Ireland.

The Aer Lingus College Football Classic, which returns in August 2020, is well regarded as a major highlight on the Irish sporting calendar and has renewed its fixtures for the next five years.

Following the recent announcements of games between  Navy versus Notre Dame (August 2020) and Illinois versus Nebraska (2021), Off The Ball will also become a permanent hub for content related to American football.

Some of the content includes ‘The Snap’ podcast covering NFL, NCAA and American Football domestically, which is hosted by Ger Gilroy, Cian Fahey and Ronan Mullen and Cian Fahey’s ‘Five Takeaways’ article every Monday morning. In addition, a number of events, including Superbowl Parties, community meet-ups and live podcasts will form part of the mix.

According to Sabrina Egerton, marketing & communications manager, Irish American Events: “ American College football has had a presence in Ireland since 1988 with several visiting games to Dublin over the years, with the introduction of a five-game series kicking off in 2020 this presence will further cement Dublin as the European Headquarters of College Football.   Through our partnership with Off The Ball we look forward to creating a greater awareness around the sport, not only at a college and professional level, but to also shine a light on the American football league in Ireland at grassroots. American College Football is so #MuchMoreThanAGame, we are excited to bring the fanfare to Dublin over the coming years with pep rallies, tailgating, rivalries, community and traditions.”

“We’re delighted to partner with the Aer Lingus College Football Classic and Irish American Events. College games bring a brilliant atmosphere to Dublin city and entice thousands of Americans to travel around the country every year. It’s a brilliant idea and has come to fruition through the vision of a small but dedicated group. It’s a perfect partnership for us as the audience for American football grows year on year,” adds Ger Gilroy, managing director, Off The Ball.