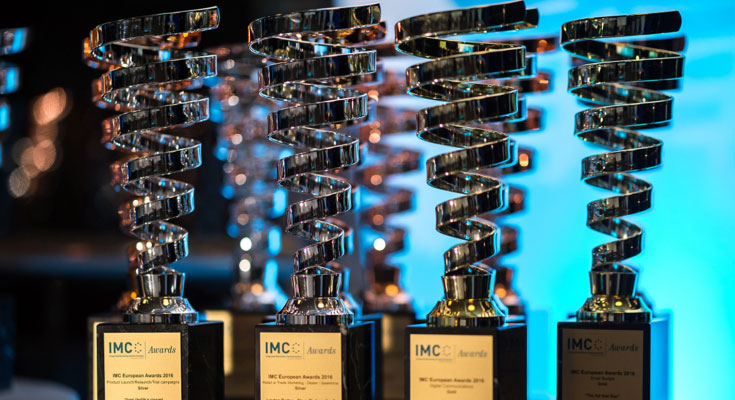 Irish agencies picked up a staggering 24 awards at this year’s IMC European Awards for Integrated Marketing, making Ireland the most awarded nation on the night.

Overall, Guns or Knives, which is part of Rothco | Accenture Interactive, was the biggest  winner with a total of 13 awards.  Five of these were for its work with Samsung Studio 9 and  four for Mytaxu/Jazz Cab and another four for Samsung Home. The agency also won the Grand Prix for its campaign, jazz cab,for mytaxi. Together with the client, the agency created a ‘mytaxi jazz cab’, the first-ever data-driven jam session, literally driven by drivers. ‘mytaxi jazz cab’ became the world’s longest programmatic jam session, putting Cork and the movement of its people at the heart of the experience.

In all, 62 winners picked up awards, representing 24 agencies from 7 countries. Ireland’s haul of 24 trophies was followed by the Czech Republic with 17 trophies, United Kingdom with 12, Italy with 4, and Austria and Spain with 3 each.

IMCC Chairman, Peter Kerr said, “Once again our awards have attracted exceptional work from across Europe and across a wide variety of industry sectors. Leading to a quite brilliantly innovative Grand Prix winner. As always the judging process supported by professionals throughout Europe was rigorous and we are grateful to our panel judges and IMC Board for the time they have once again given so freely.”

According to IMC European Awards Chair, Renate Vogt, “All cases entered in the competition were of high quality and very well-presented, so the judges had a tough job to come to the final decisions. All nominated cases are fine examples for the industry and our business.”

The winning agencies were selected after two rounds of judging in a European competition of the best campaigns selected at the national level across Europe. The first-round selection was made by a jury panel made up of 40 leading industry professionals across Europe. The second-round jury, comprised of IMC Council member representatives, took place in Brussels on 16 October.