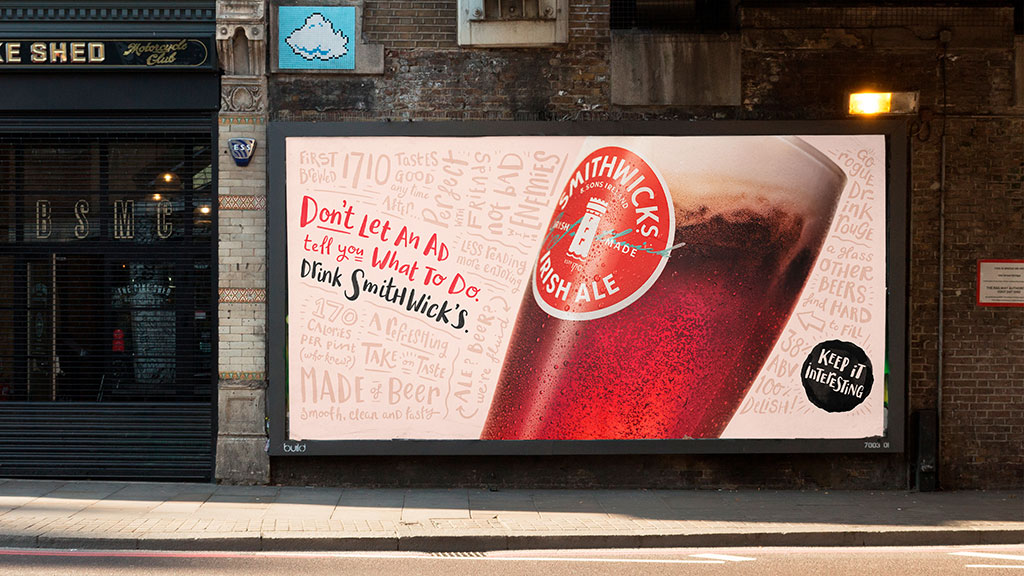 Boys + Girls has launched a new campaign for the Diageo-owned Smithwick’s brand, the agency’s first piece of work for well-known brand since joining its roster this year.

The campaign launched nationwide on 4th November across OOH, digital and social.

The new integrated campaign prompts the Irish public to ‘Keep It Interesting’. “Amidst the sea of sameness of yellow lagers and beers, the iconic red ale stands out as the more interesting choice,” it says. 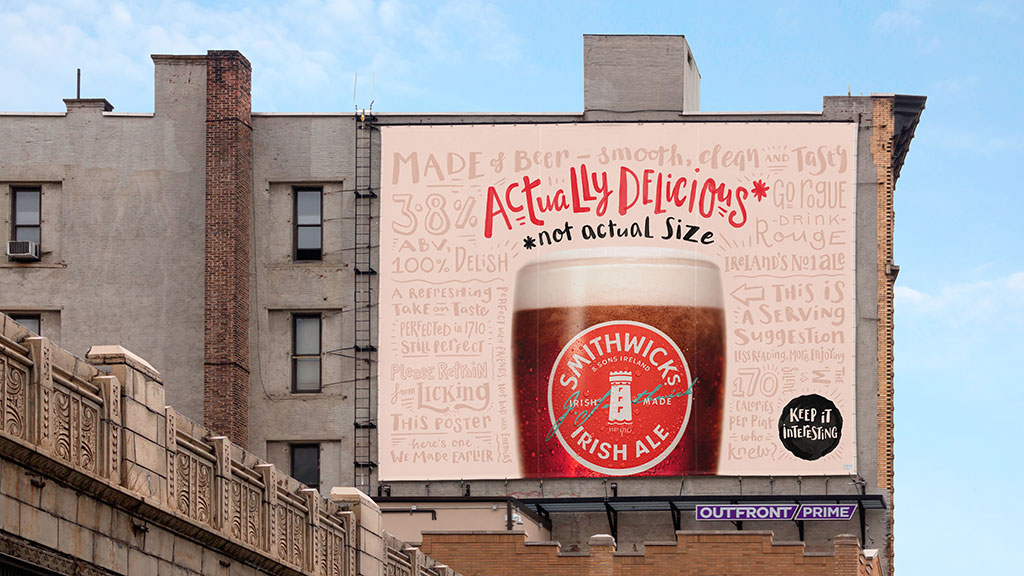 According to Ben Finnegan, brand manager at Smithwick’s: “We are delighted with the new campaign which showcases Smithwick’s unique character in a fun way. We worked closely with Boys+Girls from the start to ensure that the personality of the brand was central and really brought to the forefront. The resulting imagery and designs are really eye-catching and challenge the usual media formats so we’re really excited for the brand and seeing where it will go from here”.

Shane Casey, Creative Director at Boys + Girls adds: “Smithwick’s is a part of Irish culture, but it’s almost taken for granted these days so it’s been great to produce a new campaign for one of Ireland’s oldest brands. From the outset, the Smithwick’s team have tasked us with really challenging people’s preconceptions and to have fun with the brand in an eye-catching and engaging way. Martin is the best in the business so we’ve been delighted to work with him to capture Smithwick’s in a way it’s never been seen before.” 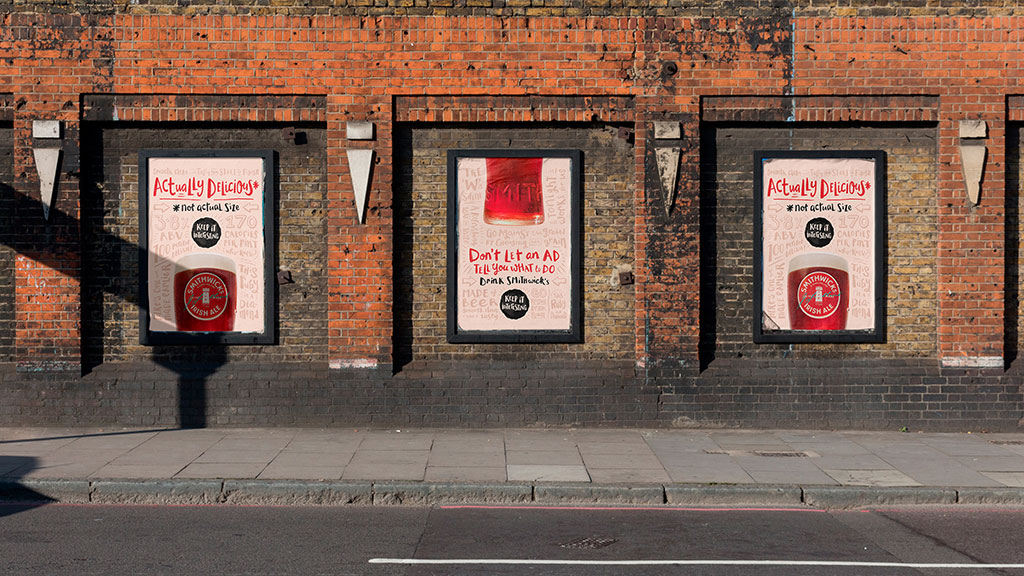