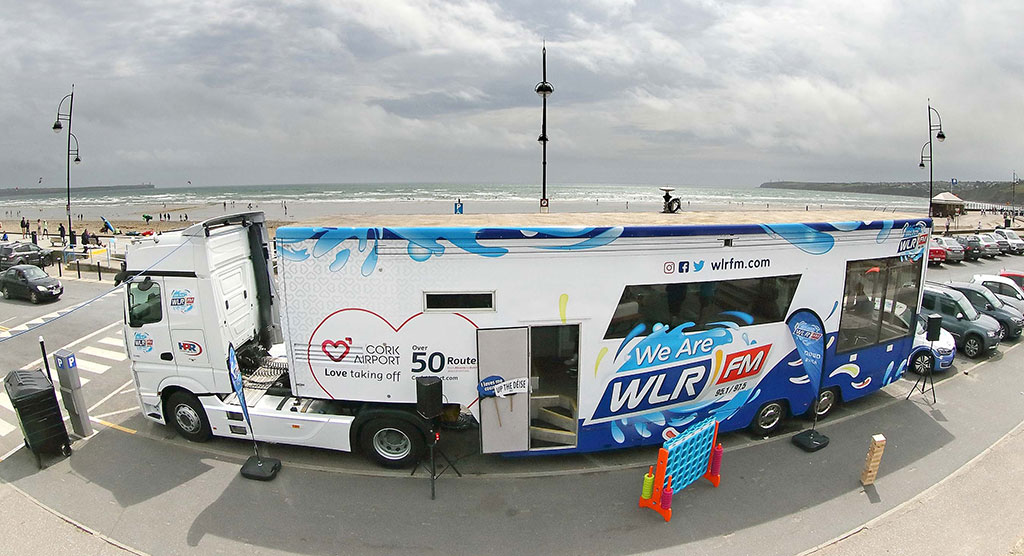 The Waterford-based local station WLR FM- which is 75% owned by the Irish Times- has launched a new “outside broadcaster” which allows the station to get involved in a wide range of community and commercial events in its franchise area.

The 60ft long outside broadcaster made its debut at the recent Spraoi festival in Waterford over the August Bank Holiday weekend.

The outside broadcaster – as well as three new  electric Volkswagen  Golfs- are all sponsored Cork Airport.

Since it was launched at Spraoi, it was also a feature at the Opening Ceremony of the GAA World Games in Waterford City Centre, at Portlaw for the launch of All Together Now, the launch of Costa Coffee’s newest flagship store in Waterford and the Tramore August Racing Festival.

According to WLR’s Managing Director, Des Whelan: ”Being out and about in our broadcast area and being present at the area’s major events is hugely important to the station’s profile. We are delighted to have Cork Airport on board as a sponsor and their support underlines their status as Waterford’s closest airport.”