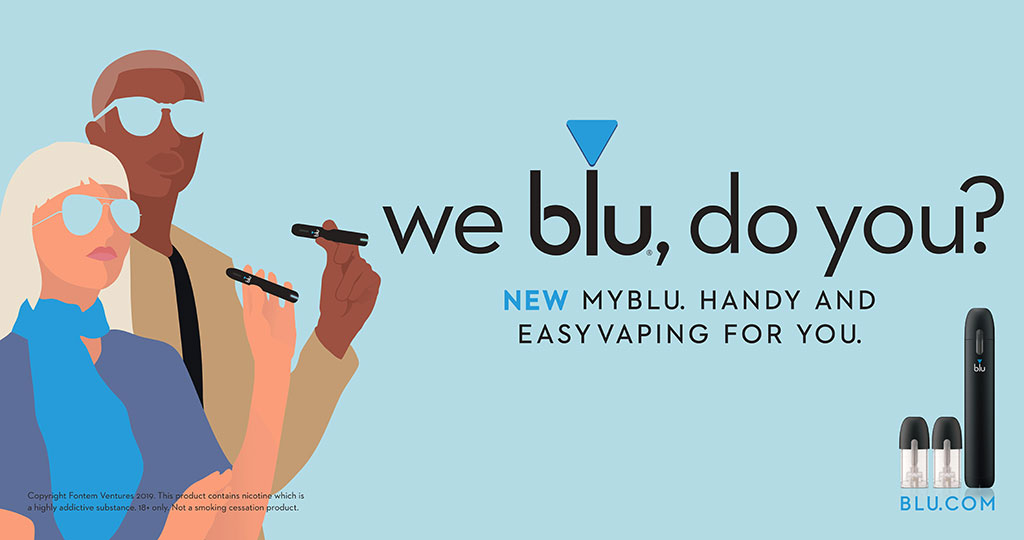 With a new Euromonitor report highlighting a decline in cigarette sales- by 25% over the last five years – the vaping brand blu has embarked on an extensive advertising campaign in an attempt to woo smokers.

The largely out-of-home campaign will run until September and it will include 320 key locations throughout Dublin city. In addition, the brand has also opened a pop-up shop on Dawson Street which will remain open until Thursday August 15th.

According to blu’s head of marketing for Ireland, Carmel Balala: ‘’Our marketing campaign is running until the end of September and we are aiming to get the blu brand in front of every adult smoker in Dublin to encourage them to try blu as an alternative to smoking. We have advertising running at 320 locations in Dublin, including on buses, at Luas stops and large billboard sites.’’ 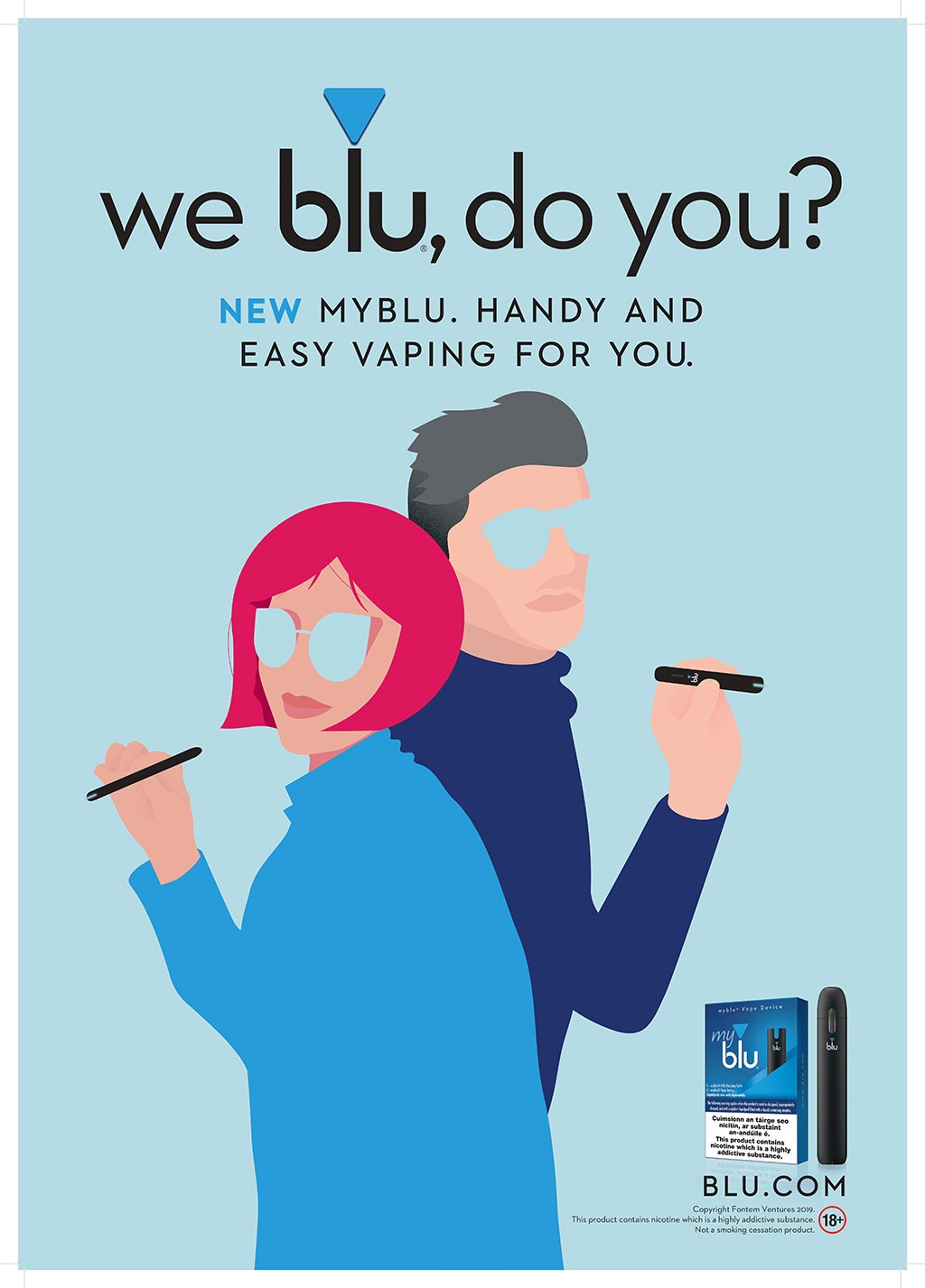 Distributed in Ireland by cigarette manufacturer John Player, Blu was founded in 2009 by the Australian entrepreneur Jason Healy, and the pod-based system are one on sale in Centra, Supervalu, Spar, Mace, Costcutter, Applegreen, Circle K, Gala, Carry Out stores as well as online.

It is estimated that there are up to 150,000 vapers in Ireland as against the 800,000 smokers. Ireland has one of the highest per capital concentration of vapers in the world with only Japan and the UK ahead of us, according to Euromonitor.