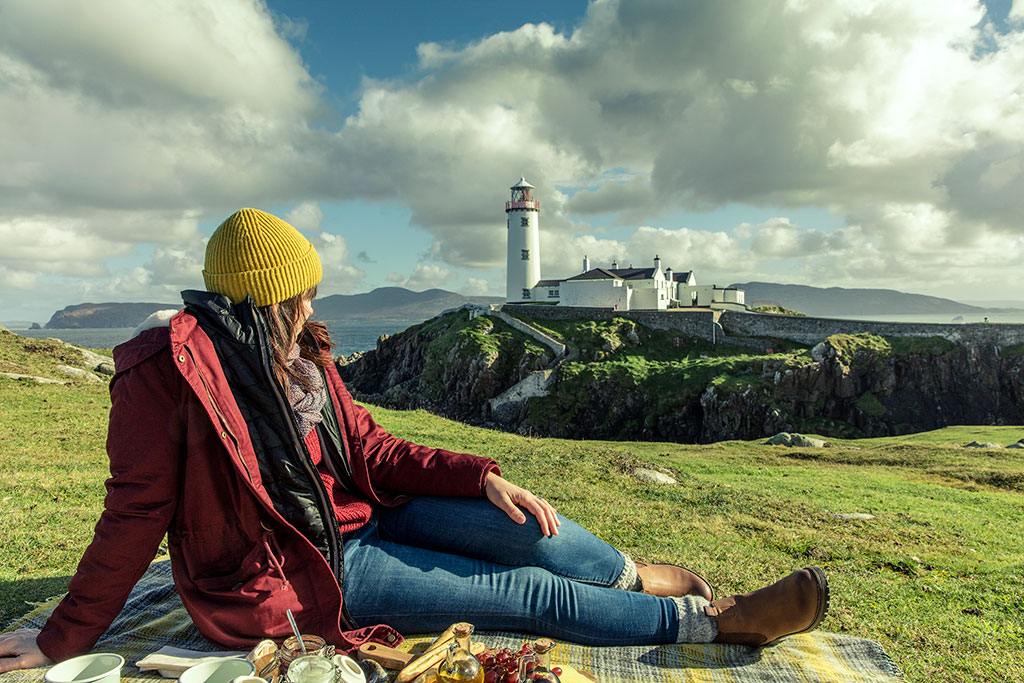 Tourism Ireland has kicked off its latest promotional drive in the all-important American market this week – with a major, four-week TV campaign which will be seen by millions of potential holidaymakers for Ireland.

This is the first time ever that Tourism Ireland in the US has rolled out a TV campaign in July. It’s been timed to better align with when American travellers start looking for fall and winter vacation ideas.

The 30-second TV ad – ‘Fill Your Heart With Ireland’ – will air on major networks, including NBC, CBS, Fox and ABC, in Chicago, Dallas, Denver, Hartford, Minneapolis, Philadelphia and Seattle. It will air around popular entertainment programmes with large audiences, such as Good Morning America, the Today show, The Good Doctor, The Ellen DeGeneres Show, Big Bang and Modern Family.

The TV ads will be complemented by extensive digital and social activity, which will run until the end of September. The digital activity includes new content, including videos and articles that will run across Hearst Media titles and Verizon Media, owner of the HuffPost and AOL brands. It also includes a new promotion with the popular travel deals website, Travelzoo, with articles and videos about Ireland, as well as email marketing to all Travelzoo subscribers – focused on driving bookings to Ireland during the off-peak months. On Facebook and Instagram, Tourism Ireland will promote shoulder season vacations to people living in Chicago, New York, Boston, Philadelphia and Hartford.

This campaign will deliver an estimated 100 million impressions (opportunities to see) in the US – across TV, digital and social media. It heralds the start of another busy promotional drive for Tourism Ireland in the United States, for the second half of 2019.

According to Alison Metcalfe, Tourism Ireland’s Head of North America: “Our month-long TV campaign gets under way this week, targeting US travellers who’re now considering where to go for their fall vacation. Tourism Ireland has prioritised North America as a market which offers a strong return on investment, in terms of holiday visitors and expenditure. In 2019, Tourism Ireland aims to surpass the record-breaking performance of 2018 and to grow revenue from North American visitors by +8% to €1.99 billion, generated by 2.17 million visitors.”