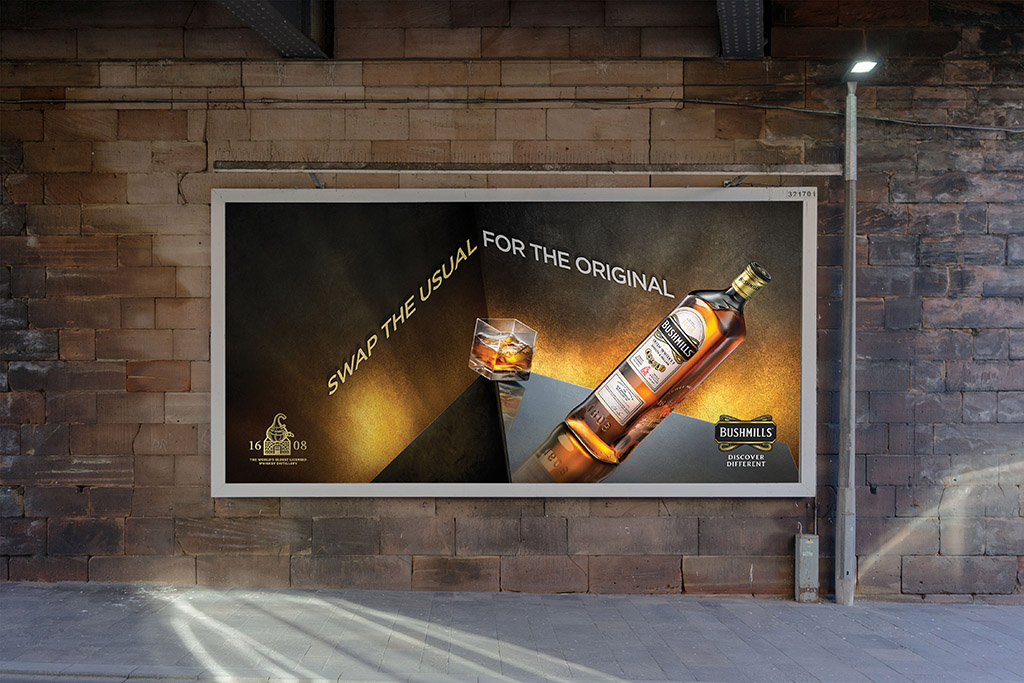 Boys and Girls has rolled out a new global campaign for Bushmills, the iconic Irish whiskey brand which is now owned by the Mexican drinks giant Jose Cuervo.

Titled “Discover Different” and with a sentiment dedicated to those that “aren’t afraid to go their own way”, the new creative taps into the essence of the Bushmills drinker and speaks to the curiosity of people constantly seeking out new experiences.

As part of the global campaign, a 360 degree suite of marketing and advertising tools has been created and it has already launched in a number of markets like France and Taiwan with more on the way over the coming months.

To capture the different perspective, Boys + Girls worked closely with director Brian Williams to develop an abstract world for Bushmills to inhabit, where the rules of gravity are made to be broken. In one execution, we see a glass of Bushmills teetering precariously on the edge of a counter while the iconic Bushmills bottle rests beside it at a canted angle.

According to Rory Hamilton, Boys + Girls: “As the world’s oldest licensed whiskey distillery, Bushmills has always taken a different approach to distilling its whiskey. We wanted to show the brands unique perspective and appeal to those who want to discover different”.