The Francis Street-based creative agency goosebump worked with marketing consultancy Chalk Apple to produce the campaign. Goosebump’s Creative Partner, Mark Nutley said: “Eddie Rockets is a brand we all grew up with. So, it’s great to produce work for it. We’ve reintroduced the distinctive Eddie’s tone of voice, while making something that feels really contemporary and fresh”.

Managing Director, Sarah Love adds:“This the first ATL project we’ve worked on with our new Creative Partner’s, Mark Nutley and Pat Hamill. It’s an exciting time for everyone here at goosebump, with many exciting projects coming to light in the foreseeable future. Working on a project like this, with Mark and Pat, is a testament to our agile nature and growing business.”

The campaign introduces a new Tag line: Great Food And A Lot Of Attitude, and introduces us to Eddie, a sharp witted and no nonsense chef, who’s not afraid to change with the times. Adrian Crean also believes new offerings on the menu will help to attract a new generation of Eddie Rocket’s fans. “Our beetroot Falafel Burger is delicious and is becoming a big favourite”. 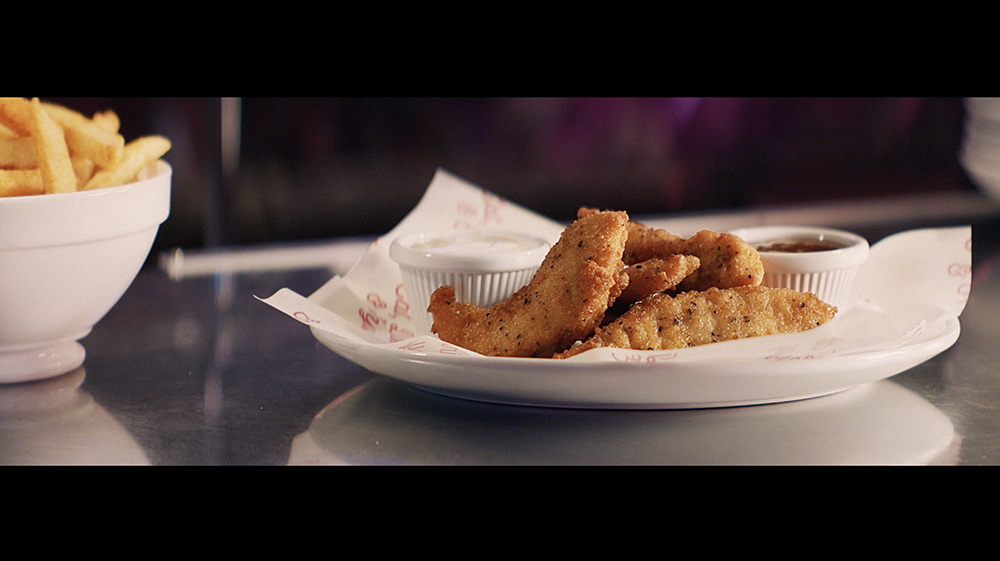 The films were produced by Cashmere Media and directed by Conor Maloney with cinematography by James Mather.