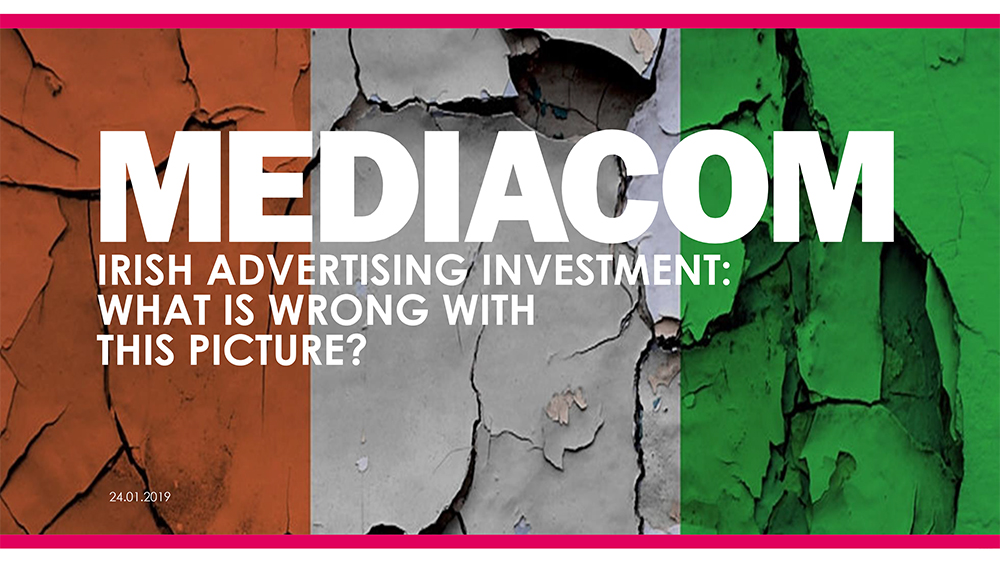 Despite a buoyant and growing economy, unemployment rates at an all-time low and relatively low media costs, Ireland currently has the lowest advertising spend as a percentage of GDP and one of the lowest spend per capita in the EU, according to new research carried out by the GroupM agency MediaCom.

The agency notes that total Irish advertising spend fell by 40% between 2008-2012, a period which marked the country’s collapse into recession. “Despite growth across the market being forecasted by many year after year, the reality is that the advertising spend has remained stagnant since the depth of the recession over 8 years ago. And this would be understandable, if the rest of the Irish economy had not bounced back with such a bang, and significantly outperforming other EU countries,” says Mediacom. 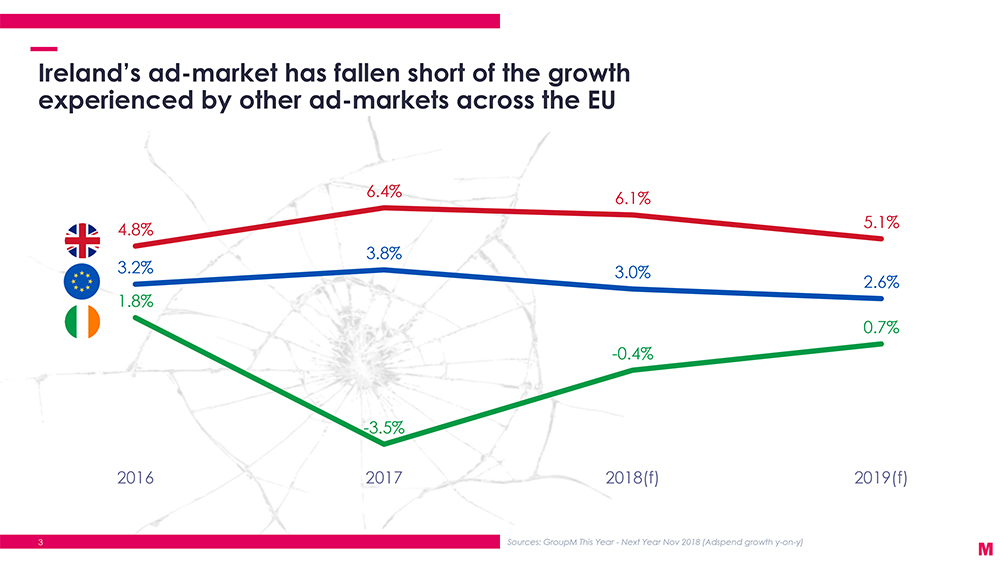 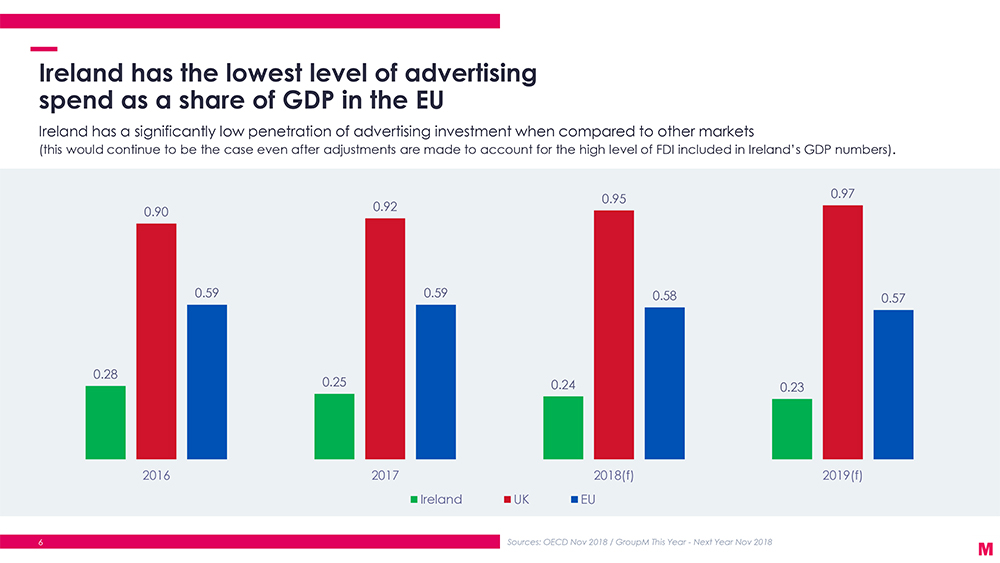 Ireland also lags the UK in terms of marketing expenditures – as expressed as a percentage of sales. In 2017, for example, Irish companies spent around 8% of their turnover on marketing while the comparable figure was 11% for UK firms. In 2018 this increased to 9% of turnover for Irish firms and 11% for firms in the UK.

This means that Irish businesses are not taking advantage of the low level of advertising clutter and the relatively low media costs available in the Irish market, MediaCom points out.

When advertising investment is assessed on a per-capita basis, MediaCom also points out that Ireland once again trails the pack. In 2018, for example, the average per capita spend on advertising in Ireland amounted to €165 while in the UK it amounted to €366.  The EU, meanwhile, weighed in at €233. Looking forward to 2019, it says that this €165 per capita spend will remain unchanged while in the UK it will increase to €382 with a modest increase to €233 forecast for the EU. 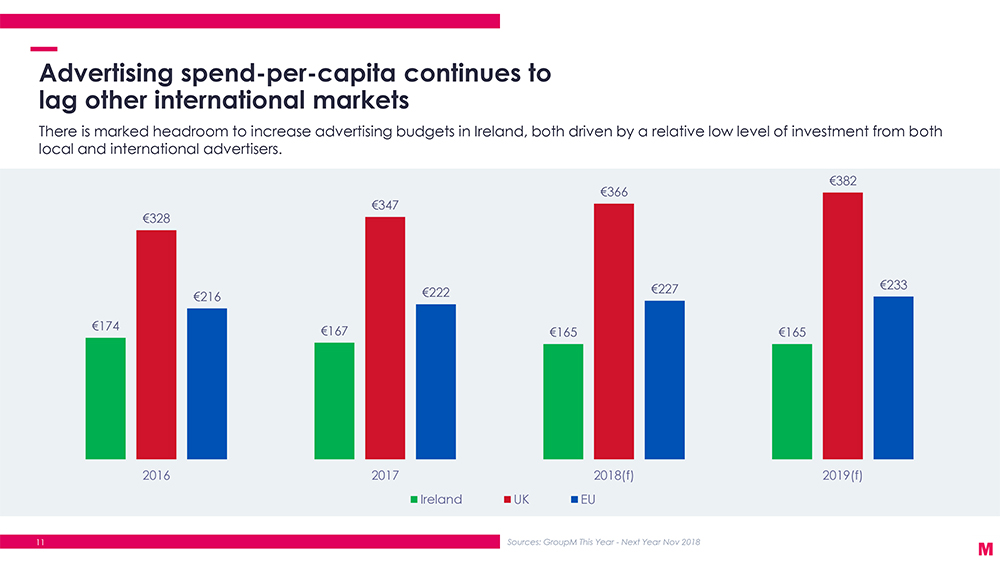 “In a general sense I find these numbers and the lack of growth in the Irish ad market concerning,” says Ian McGrath, Managing Director, MediaCom Ireland.

“However, at an individual business level I see it as a great opportunity for an advertiser to invest ahead of competitors to increase penetration and brand metrics, and for international brands to divert advertising spend into Ireland to drive incremental gains,” he adds.

A full copy of the report can be downloaded HERE