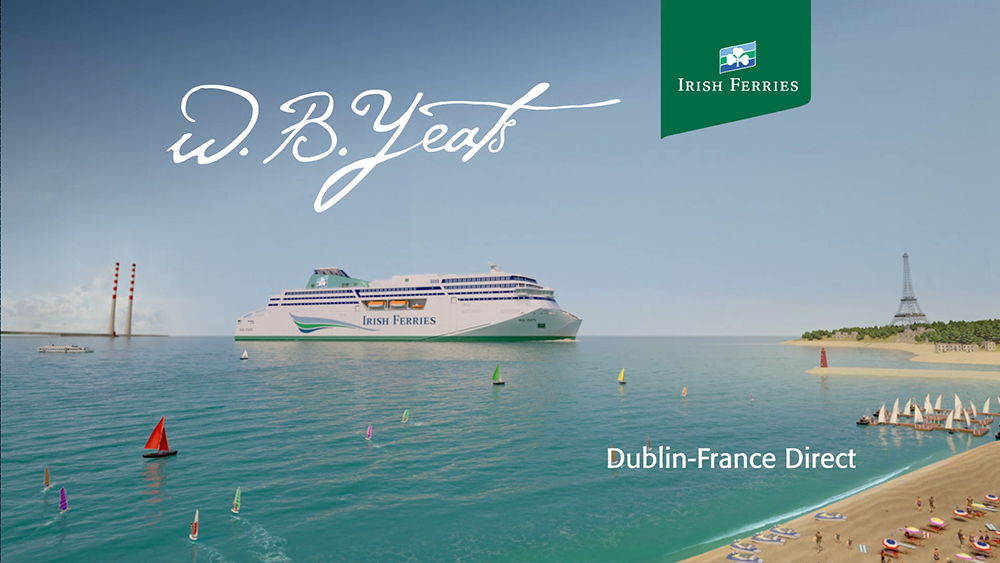 To mark the arrival of the W.B. Yeats to the Irish Ferries fleet and the opening of its new Dublin-France route, the company has launched a new cross-platform campaign called “Sail in Style.”

Created by Javelin and built around the evocative 1940’s Charles Trenet track ‘La Mer’, ‘Sail in Style’ is rolling out across various media, including TV, radio, print, digital and social media.

W.B. Yeats is the newest addition to the Irish Ferries fleet. A modern, luxurious cruise ferry with over 440 spacious cabins, a choice of restaurants and bars plus a wide range of entertainment for the whole family, the W.B. Yeats will sail daily direct from Dublin Port to Cherbourg in France, across the summer of 2019.

“The campaign’s iconic image is a visual of the W.B. Yeats arriving in France. In the background we see the Pigeon House in Dublin. In the foreground, on the French mainland, stands the Eiffel Tower. The message is obvious, taking the car to France is now easier than ever before,” says Ken Ivory, Director, Javelin.