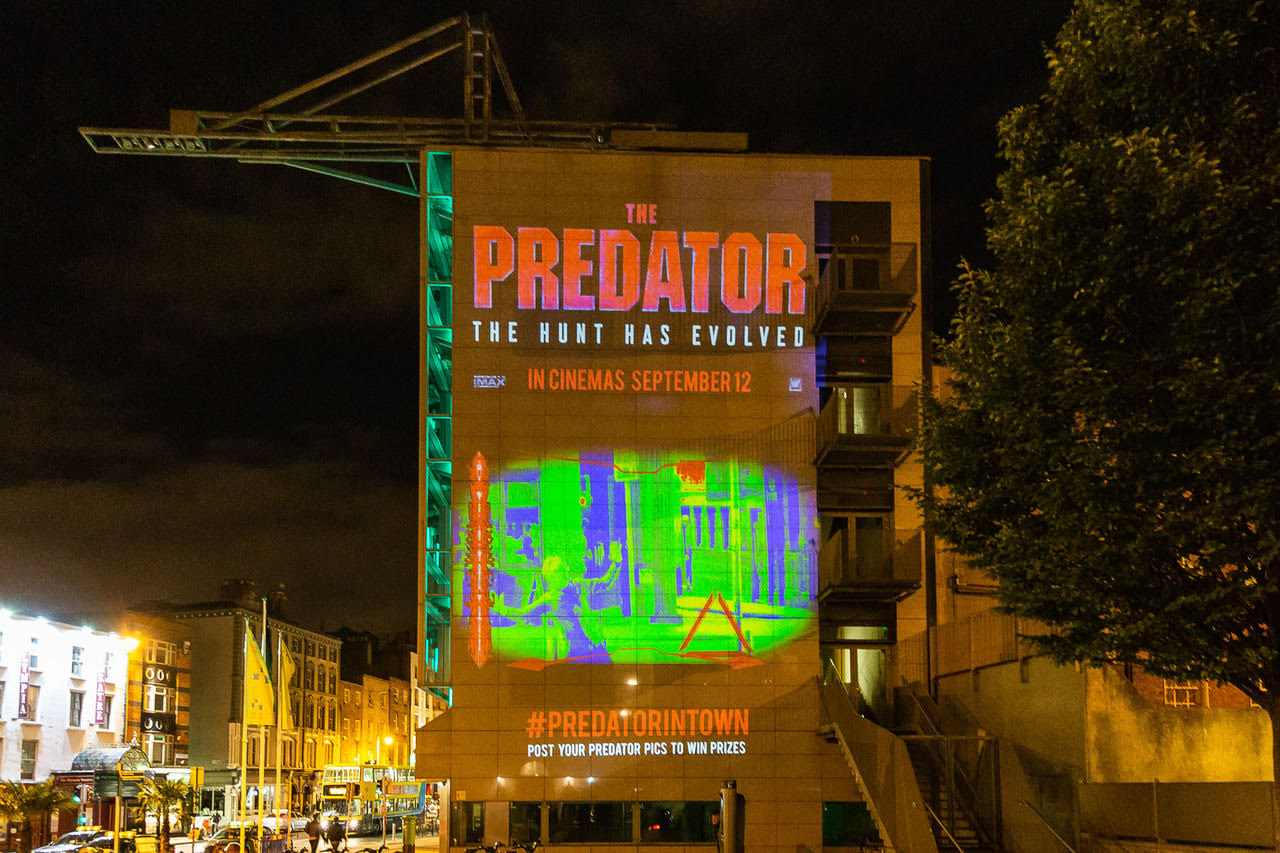 The Dublin-based Nightlight was behind the large scale interactive projection for the release of 20th Century Fox’s The Predator which is now running in cinemas around the country.

Willing participants were projected onto huge buildings in Dublin City Centre in real time. Using a live camera feed and the emblematic heat seeking target synonymous with the Predator movie, an interactive sequence was employed. The mechanic involved a simple threefold process. Firstly the participants saw themselves projected using a heatseeking filter, secondly the Predators Target sought them out and locked on. The activation culminated in an explosion sending the unsuspecting participant into oblivion (visually)!

On the ground a team of Predators in elaborate costume turned heads and generated great interaction in what was a playful atmosphere with prizes for the participants.

According to the MD of Nightlight, Geoff Fitzpatrick “Technology is becoming more sophisticated and user friendly at the same time – this enables the execution of imaginative campaigns that genuinely engage audiences”

The Predator In Town

On a Friday evening in September 2018, the hunt evolved to Dublin City #PredatorInTown See #ThePredator in cinemas nationwide now