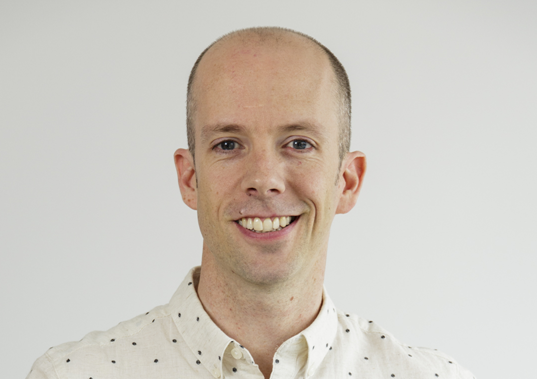 John Clancy of Carat casts his eye over the latest set of listenership figures from the JNLR.

Radio listenership in Ireland is remarkably resilient with most of the adult population (82%) listening daily. Even amongst a younger cohort, daily listenership is strong, at 76% for 15-24 year olds. Looking back 5 years for perspective (Jul12-Jun13), Obama had been re-elected for a second term and we all had Pharrell William’s ‘Get Lucky’ stuck in our heads on repeat. Snapchat had only just launched and Facebook had just bought Instagram. Listenership levels were practically the same – 84% daily for all adults and 78% for 15-24 year olds. We are hooked on radio and show little sign of changing that habit. 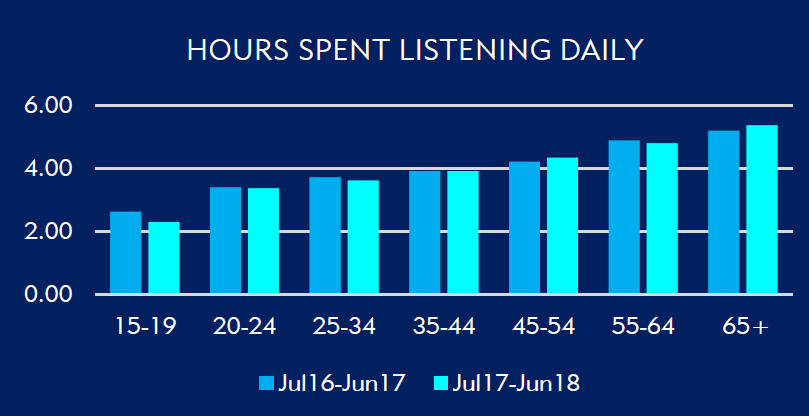 At a National level, looking at the two most recent periods, ‘book on book’ (Apr17-Mar18 vs. Jul17-Jun18) there are no big movements in daily reach. However looking at the data year on year, we can see that reach for RTE Radio 1 and Lyric has dropped slightly, down 37,000 and 21,000 respectively, with 2FM (+23,000), Today FM (+19,000) and Newstalk (+13,000) all adding listeners.  2FM and Newstalk are neck a neck by this measure which represents strong and sustained listener growth for both stations.

It’s very much worth remembering that while RTE Radio 1 as a single station is out on its own in Market Share leadership (minutes listened 7am-7pm weekdays), ‘Home Local’ as a group remain really powerful, with a market share of over 40%.

At the level of individual programmes, Morning Ireland is practically unchanged – the retirement of Cathal Mac Coille and arrival of Bryan Dobson have yet to impact their numbers. Looking at book on book, the entire prime time schedule of Radio 1 is in modest growth. However their 9-10am and 10-12pm slots are in decline year on year (-23,000 and -35,000 respectively), which will be troubling for Tubridy and Seán O’Rourke.  2FM has consolidated recent growth with a steady book showing modest increases across the schedule.

Newstalk has had another very strong set of results, with their evening drivetime show ‘The Hard Shoulder’ adding 8,000 book on book and 23,000 year on year. Part of this has to be attributed to the return of Ivan Yates since September of 2017. With a half hour shorter show (starts 16.30), Matt Cooper on sister station Today FM has gained 3,000 listeners book on book, 10,000 year on year, but still lags behind Yates, with 141,000 daily listeners versus 153,000.

At an individual programme level it’s been a steady book without many significant fluctuations in listenership. FM104 and 98FM prime time schedules have all held steady or increased modestly. Q102 breakfast is down10,000 but this is attributable to a decrease in show length (now 6-9am instead of 6-10am) – as a result their mid-morning show is up 7,000.

In Cork, Red FM continues to perform well, the clear market leader in daily reach (34%, 145,000 listeners) and has held gains made in recent books. Both Cork 96FM and C103FM show strong year on year results, up 6,000 and 9,000 respectively, but no indication of threatening Red FM in the short term. Limerick FM is relatively flat year on year and book on book, while WLR has consolidated a really strong last book by adding another 3,000 daily listeners book on book and 11,000 year on year.