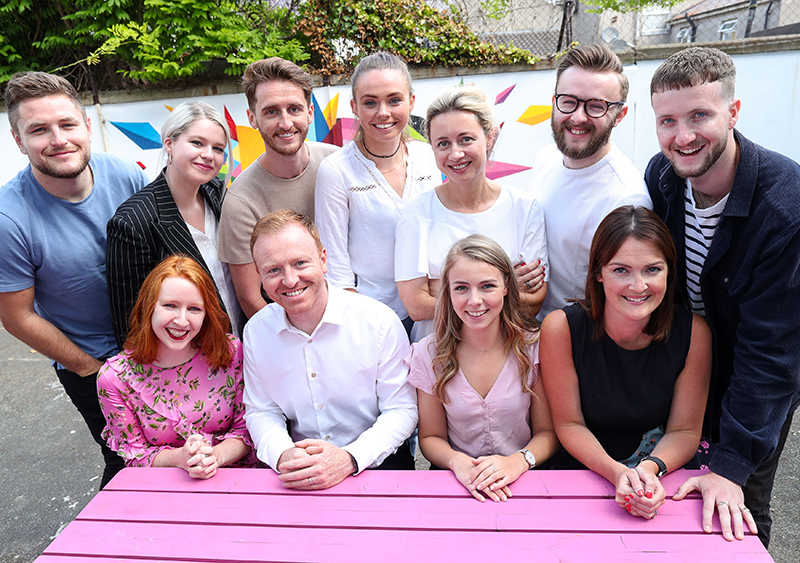 Boys + Girls has announced ten new appointments following an internal re-shuffle to reflect the growth of the agency which now has 58 staff.

One of the key appointments is that of Sarah Sherry who has been appointed as head of digital business. In her new role, she will be responsible for developing and implementing a distinctive vision for the agency’s digital strategy and making digital an even more embedded aspect of the agency’s offering while at the same time communicating its capabilities to the market place. A former account director with In the Company of Huskies, she is also a former VP of marketing with Virgin Records in the UK.

Elsewhere the agency has appointed Patrick Horan as motion designer & animator. Horan previously worked with Dynamo and Deloitte Digital in Dublin and is currently working on motion lead projects for Three, Irish Radioplayer and Jose Cuervo.

Other moves include David Christopher Lynch to the position of cinematographer & editor; Keith Reynolds as digital strategist; Hannah Hewetson and Jean O’Connor as account executives and Sadhbh Murphy as experiential executive.

The creative team, meanwhile, has been boosted by the appointments of Georgina Murphy as copywriter and Cian O’Connell as art director. Finally, Joanne Nolan has been appointed as the agency’s HR Manager.

“Even by our usual standards at Boys + Girls, the past 12 months has been an accelerated period of growth and expansion. The appointment of Robert Senior, one of the most respected figures in global advertising as our non-executive Chairman, our three-year contract extension with Three, winning the global creative business for Proximo (with brands such as Jose Cuervo and Bushmills), plus international and domestic awards for creativity and a major brand-fresh are just some of the highlights. As Ireland’s largest independently owned creative agency, we’re delighted to announce details of the people behind 10 new roles in Digital, Studio, Planning, Client Service, Creative and Operations,” says Patrick Meade, partner and managing director of the agency.