With media consumption habits continuing to shift just under a third of Irish adults prefer to go online rather than watch television in their spare time according to the latest Kantar Media TGI Ireland research.

This group tend towards the younger end of the age spectrum as 25% are Fledglings (aged 15-34, not married or living as a couple, do not live with son or daughter, live with parents). They are also 88% more likely than the average adult user to expect to finish school or college in the next year.

Delving further into their attitudes, this group are heavily dependent on the internet for socialising, as just over half of them feel the need to check their social networking accounts every day. Furthermore, when this group watch television, 27% search the internet for the products they see advertised, compared to just 17% of internet users in general. This highlights a synergy between TV and online in engaging an audience and leading them towards purchase.

In order to effectively reach this audience, marketers could benefit from leveraging a mixed media campaign which includes internet, cinema and outdoor. They are more likely to cite ‘Horror’ as their favourite film type and 52% more likely to have seen free postcards in cinemas, pubs, coffee shops and health clubs in the last week. 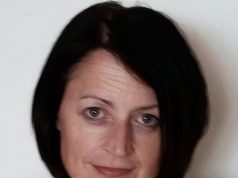